We’re a couple weeks into the new year now, but we can’t stop reminiscing about Decadence! What an incredible experience we were able to share with all of you. It was 2 days full of music and magic, but here’s a quick recap for anybody who may have missed it, or if you just want to re-live all the excitement.

From the moment guest entered the gate they were greeted by pounding music and flashing lights. Carnival rides, vendor booths and food of all types lined the perimeter of three different stages. 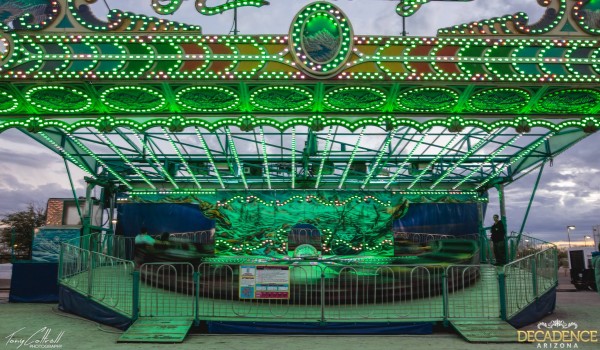 Bijou started the night proper with some deep house beats in the Diamond Arena while Corporate Slackrs were throwing down an ‘unexpected’ set in the Sapphire Hall. Sam Feldt brought nothing but good vibes with him to Arizona and we could feel the love during his set. Disclosure‘s Arizona debut was everything we could have hoped for– the fire was burning! 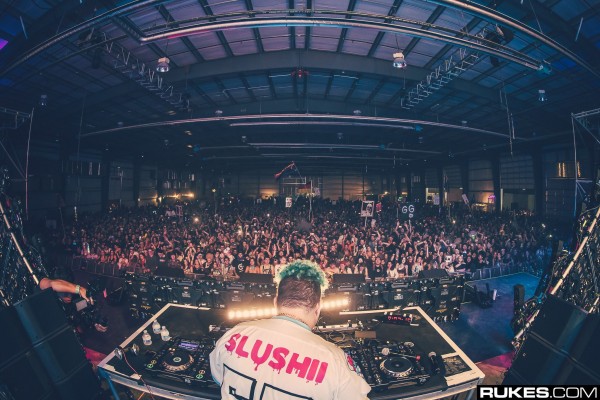 Meanwhile, Slushii and Ookay we’re in the hall throwing down some fire and bass rattled off the walls. Porter Robinson brought all the feels and the visuals! It was beautiful to be in the crowd as he played some of our favorites like “Sad Machine” and “Lionhearted”. 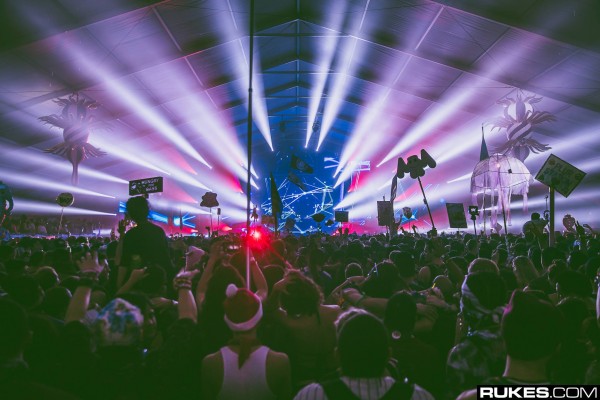 Deadmau5 played a dark, techno infused set. He played acoustic versions of a lot of his originals as well as playing a new unreleased track “Polaris”. 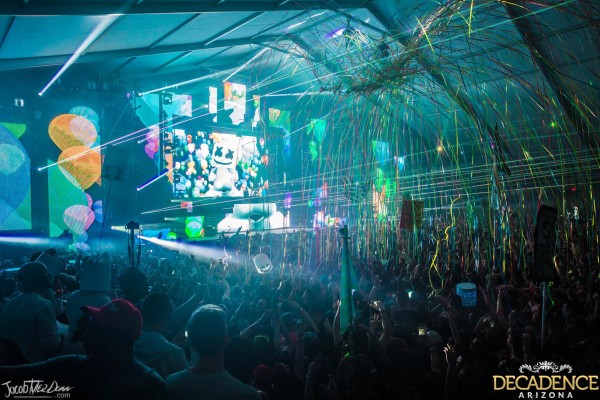 We closed out the first night with a fun, energetic set from Marshmello on the main stage, and a deep techno set that had us hypnotized from Green Velvet on the opposite stage.

Fans and DJs alike came ready to party day 2! K. Fed hit the deck first to warm up the growing crowd. Kill Paris and YOOKiE took things from warm to hot with their heavy beats. Kennedy Jones played a dope set that was all over the board, from Spanish classics to Kanye’s “Can’t Tell Me Nothing”. Jackal provided the grimey trap beats that got everyone moving while DJ Snake had us all singing along on the other stage. 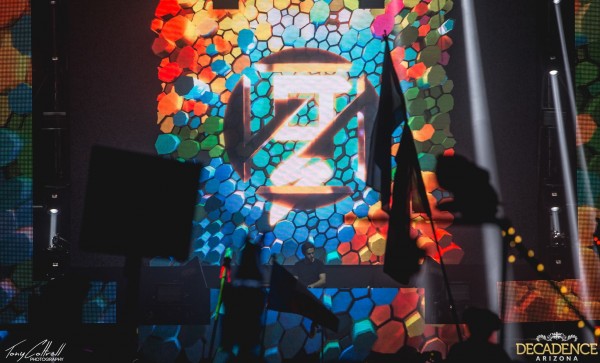 It was a technicolor dream as Zedd took the stage and played a mix of old hits and recent favorites. Zomboy absolutely crushed Sapphire Hall. Everybody’s heads were banging and hands were up! 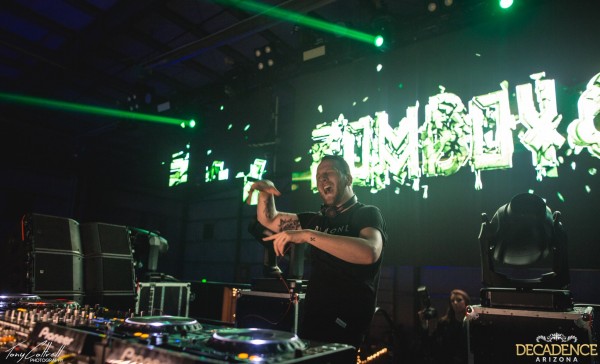 Slander brought bass and feels with their style of heaven trap that moves a crowd. Justin Jay had things poppin’ during his new year set. With songs like “Funky Town” and “Celebrate,” it was like a real-life disco ball drop. The midnight drop with Jauz was truly something special. Just before the new year, he hit us with some old school Cascada “Every Time We Touch” and a mix of fun beats before we were lost in a sea of lights. 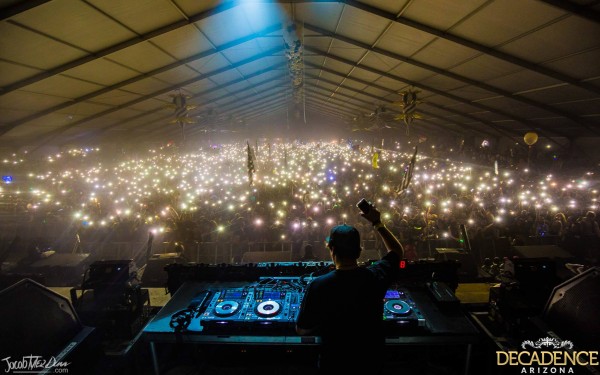 As always, no Arty no party, and Arty brought the party for sure! The Chainsmokers played a heavy, energetic set. But did you expect anything less after the year they’ve had? They had to end it with a band! Shiba San took us into the morning hours with his deep beats. Body’s were moving from one side of the hall to the other. 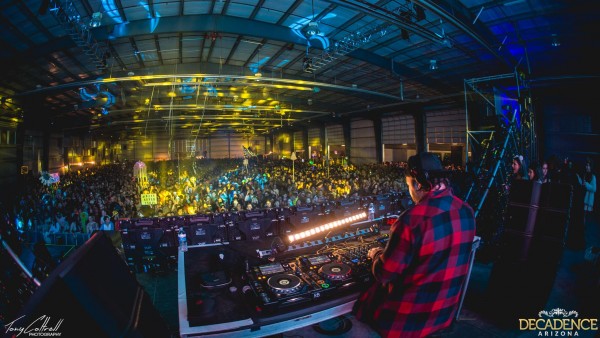 The third stage, Emerald Carnival, also got a ton of love from fans! Despite some less-than weather you could always find people dancing in front of the funky beats coming from the direction. 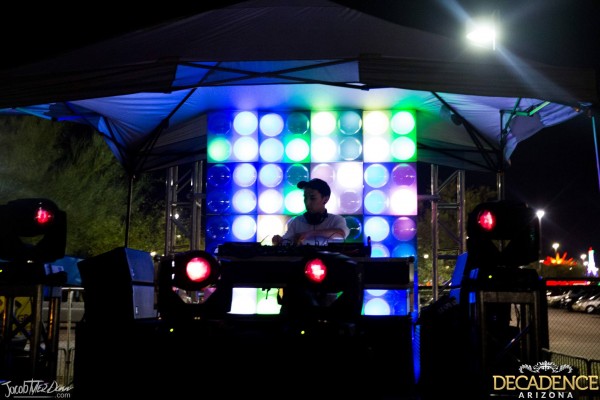 As you were wandering between stages you may have noticed a bunch of lime green shirts amongst the crowds. Our Relentless rangers kept everyone safe and ready to go all weekend long. They save the rave, every time! 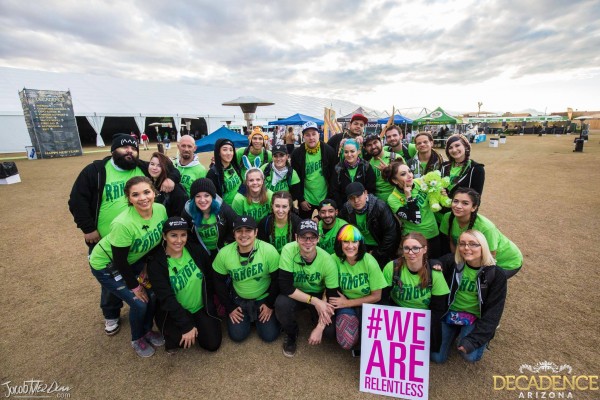 All of our guests came dressed to impress. We saw some of the coolest outfits while wandering the crowds and at our photo booth! Your creativity never ceases to amaze. 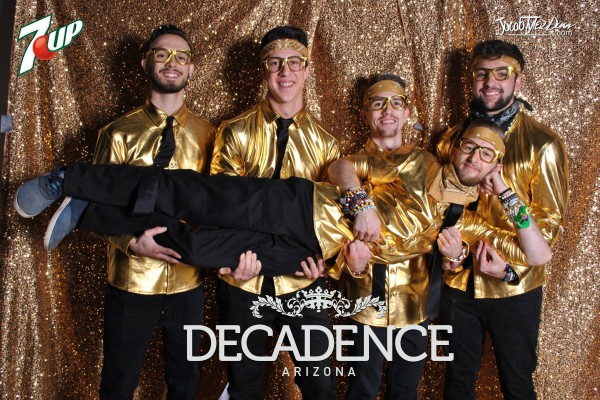 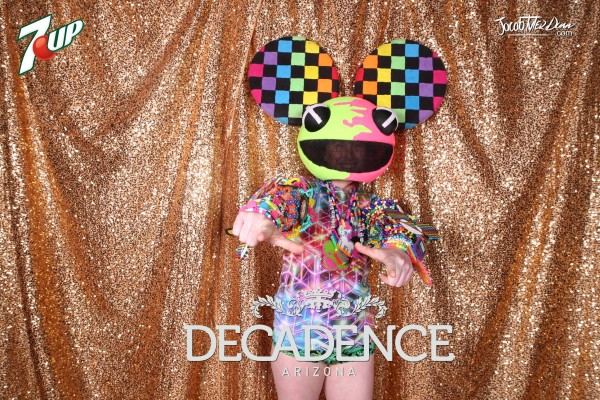 Thank you to everyone who was part of our biggest event to date! Keep an eye out for our upcoming events like Crush AZ, and Phoenix Lights. Here’s to an even bigger, better, and more relentless 2017!