From Thursday to Sunday we’ve got a non-stop party of shows in store for you all this weekend. Thursday we have Feed Me downtown. Get your Friday night vibes with MK. Saturday and Sunday are both packed! There’s a house party in the park, we’re bringing Cash Cash, Bassjackers and Elephante to the pool and The Crystal Method and Todd Terry are taking over the clubs. 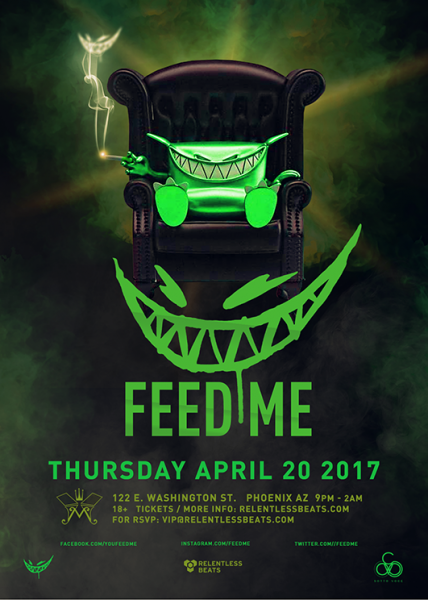 Jonathan Gooch, better known by his stage nameFeed Me, is a drum and bass and dubstep producer. Gooch introduced the Feed Me alias in 2008. He’s known for his heavy beats and signature killer smile. He put out his first LP, Calamari Tuesday, in 2013 and last year he released Feed Me’s Family Reunion EP. There’s no better way to start your weekend.

Spend your Friday night under the stars dancing to the house grooves of Marc Kinchen who you may known simply as MK. This Detroit native, who says he takes influence from UK bands like Depeche Mode, New Order and The Cure, is a house music icon who’s influenced the genre tremendously. His tunes will mesh perfectly with Shady Park’s laidback atmospehere. 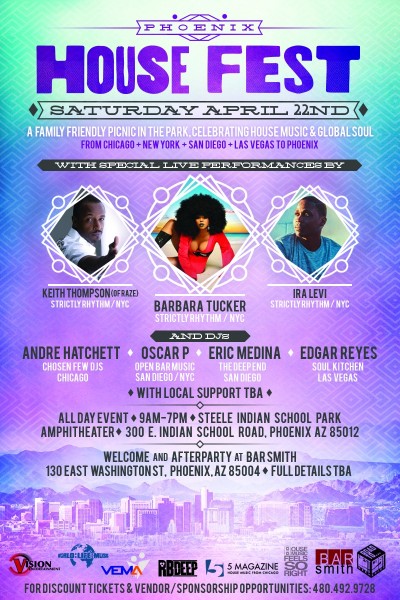 Looking for some family fun this weekend? Look no further! Taking place this Saturday at Steele Indian School Park is an all-day house music extravaganza. Featuring house and soul acts from around the country is a perfect way to spend a sunny spring day. Get tickets here.

Cash Cash is an electro pop trio from New Jersey consisting of brothers Jean Paul Makhlouf and Alex Makhlouf, and Samuel Frisch. In July of 2013 “Take Me Home,” featuring Bebe Rexha hit big and became their first charting song and remains their most successful song to date with over 100 million plays. In 2016 they released their LP Blood, Sweat & 3 Years. Catch them making a splash poolside this Saturday at Talking Stick Resort.

The crystal method, composed of Ken Jordan and Scott Kirkland, started making music in the early 1990s. For over two decades now they’ve been making dance-worthy tunes, resulting in nine albums and credits on over 50 soundtracks. This duo brings their expertise to downtown Phoenix this Saturday. 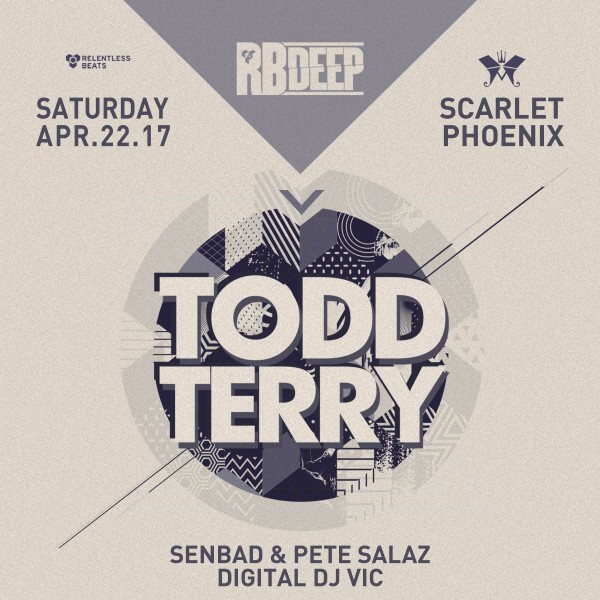 Todd Terry is a Grammy nominated DJ and Producer who grew up in Brooklyn listening to European dance records from a young age. He felt connected to that sound and started to incorporate it into what he was already doing on the turntables. In the late 80’s Todd Terry was making a name for himself in Europe and England, and his reputation was reaching all the way back to the US. He’ll be taking us into the late night with his deep beats this Saturday. 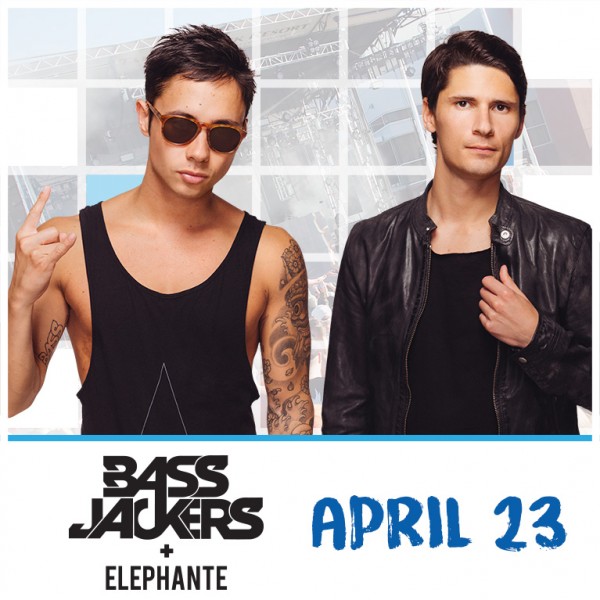 Closing out the weekend on a high we have Bassjackers and Elephante at Talking Stick Resort. DJ, Marlon Flohr, and producer, Ralph van Hilst, who together form Bassjackers, are perfectly in sync as a duo. Their opposing personalities – Marlon being the wild one rocking each and every stage they play and Ralph the cool and collective one, preferring to shine behind the scene on the producer seat, are a perfect combination for this unique collaboration. Elephante, based out of Los Angeles, tends to produce pop-leaning vocal dance tracks, but he dips into slower, trap-inspired numbers as well. He started out creating remixes before producing original tracks and his first EP was released in 2013. He released his debut full-length album, I Am the Elephante last year. What better way to spend your Sunday Funday?