We have another crazy weekend ahead. Expect lots of booze, beats and fun in the sun. We’re starting the weekend with DJ Craze at Gypsy Bar on Friday night, followed by Wet Electric at Big Surf, a debut appearance from Taryn Manning at TSR, and a Justin Jay afterparty at Shady Park on Saturday. We’re wrapping the weekend up with Country Splash at Big Surf and MAKJ and TSR. 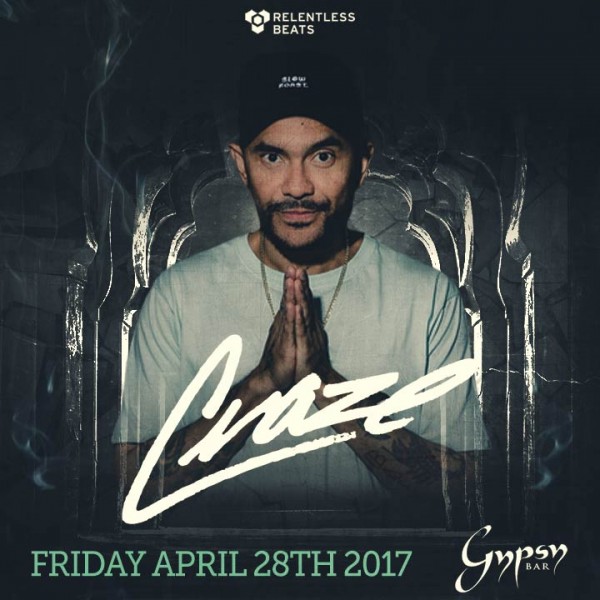 DJ Craze is a Nicaraguan-born and Miami-based DJ. The style of his music carries many of his past musical influences. Initially influenced by the Miami Bass movement when he was younger, Craze has gone on to incorporate elements of hip-hop, drum n bass, and breaks in his turntable routines. DJ Craze was Kanye West’s DJ for his ‘Glow in the Dark’ tour in 2008 and Yelawolf’s touring DJ on his ‘Hard White Tour’ in 2011. Start your weekend off right with some good tunes from DJ Craze this Friday!

On Saturday, April 29th, Wet Electric takes over Big Surf Waterpark in Tempe, Arizona. Experience the thrills of a water park along with the sights and sounds of an electronic music festival. This year’s lineup includes Diplo, Borgore, Audien, Anna Lunoe, Yookie, AC Slater, Jimmy Edgar, Justin Jay, Kill Frenzy and Wax Motif. With a lineup like that things will undoubtedly get hot. 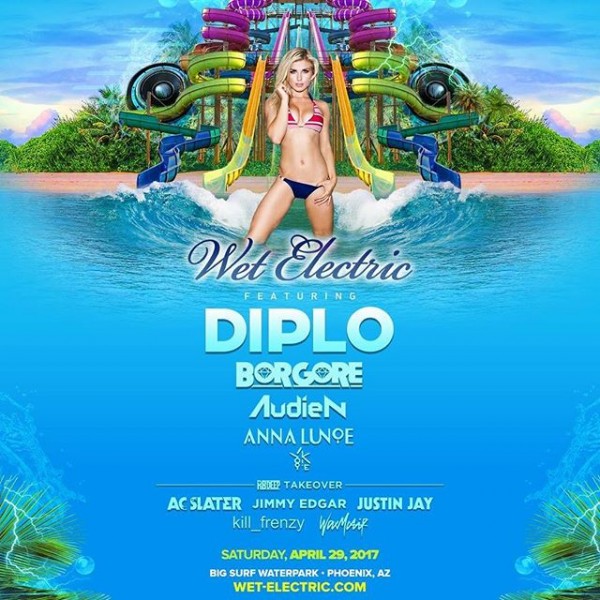 Big Surf boasts the largest wave pool in the country, waterslides, luxury cabanas, bars and much more. Wet Electric is a truly unique experience as it combines exceptional music, waterslides and an unbelievable vibe. It’s going to be the pool party of the year, you won’t want to miss it. Get tickets to Wet Electric here! 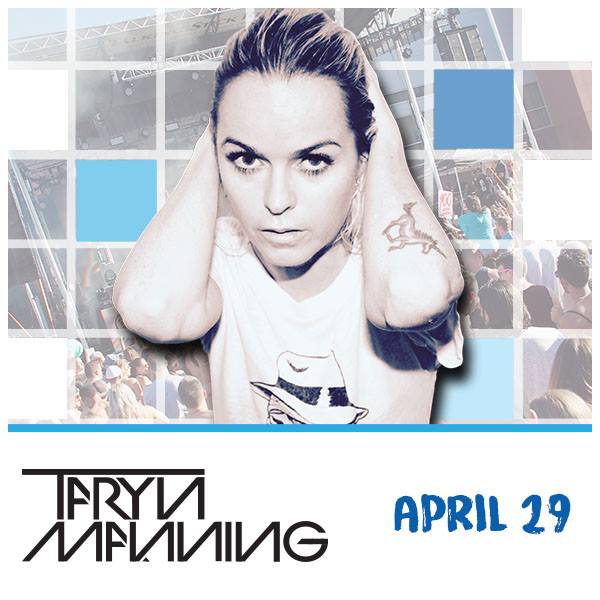 If Wet Electric is out of sights but you still want some good tunes and poolside vibes join us at Talking Stick Resort when Taryn Manning makes her Arizona debut. Manning is the star of such shows as Orange is the New Black, Hustle & Flow and Eight Mile. She know’s how to party and she’s here to party with you! 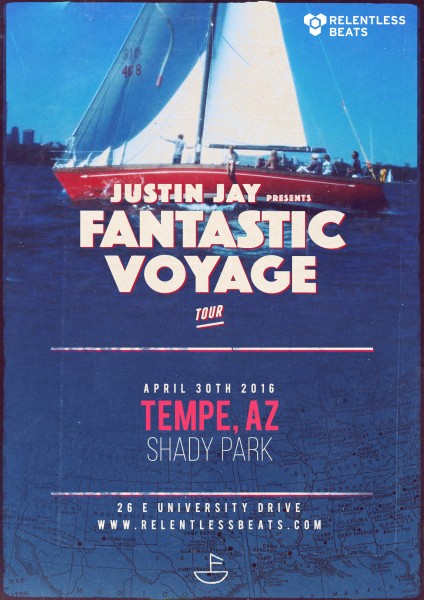 Justin Jay is one of the youngest and grooviest Dirtybird players. His sound mixes his soul, funk, and jazz roots in a nostalgic, yet forward-thinking manner that yields his unmistakable brand of house music. Last year Justin Jay launched a side project, Justin Jay & Friends (Josh Taylor and Benny Bridges), which he then turned into a label that shares its name with their debut album, Fantastic Voyage. This Saturday night the Fantastic Voyage hits Shady Park! After partying all day with us at Wet Electric, Justin Jay is keeping the party going into the morning.

Country Splash Music Festival is bringing the best in country music and combining it with the thrills and fun of a waterpark, plus amazing BBQ and beer! So far the lineup consists of Michael Ray, who’s No. 1s include “Think a Little Less” and “Kiss You in the Morning” and LOCASH who’s track “I Know Somebody” topped the Billboard US Country Airplay and number four on the Billboard US Country chart in 2016. He put on quite the show at Country Thunder and now he’s back for more. Drake White plays a mix of country, blues and rock n’ roll; he’s has opened up performances for such musicians as Eric Church, Luke Bryan and Lynyrd Skynyrd and is currently on tour with the Zac Brown Band. Brooke Eden who sings’s “Daddy’s Money” was named Amazon’s ‘Artist to Watch in 2017’ and will performing alongside Daniel Bonte and more to come. This is your Sunday Funday destination; grab tickets here. 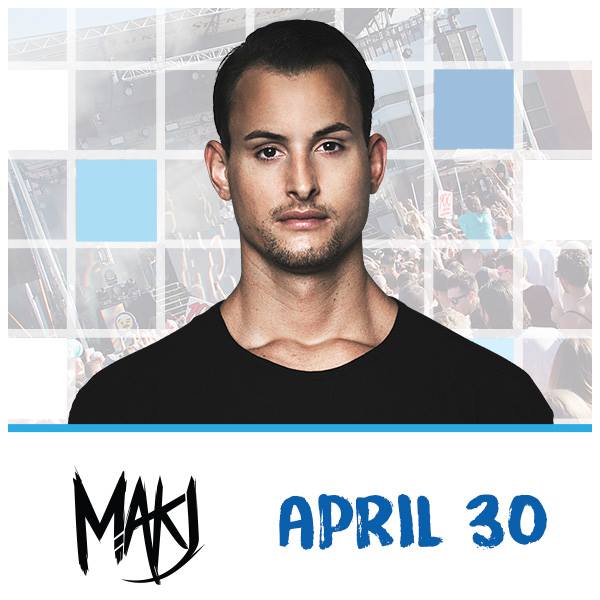 Discovering a passion for mixing and DJing by the age of 15, MAKJ has earned his title as an acclaimed producer, continuously exposing creativity and diversity throughout his music. At 17, he was able to hone and perfect his craft under the tutelage of legendary turntablist DJ AM. His originals, including his collaboration with Lil Jon, have landed him multiple iTunes Dance Top 10s and a spot two years in a row on DJ Mag’s Top 100 list. His recent remixes have included Ed Sheeran’s “Shape of You” and Future’s “Mask Off”. MAKJ’s prominence has continually led him to new heights, performing at festivals such as Coachella, EDC, Tomorrowland and Ultra. This weekend though, he brings the heat to Scottsdale!