Bonnie X Clyde is an up and coming duo making waves in the industry. They made their festival premiere just last year at EDC Orlando and they’ve been killing it on the festival circuit since. The dynamic pair, who describe their sound as “vocal bass,” just dominated their set at Middlelands and this weekend they’re bringing the fire to downtown Phoenix. I had a chance to sit down with Bonnie X Clyde and ask them a few questions leading up to their Arizona debut. The atmosphere was laid back and casual as we discussed their balance between rave and radio, their latest EP, and what the perfect party looks like to them. Check out the full interview below:

You made your festival debut last year & now you’re here at this debut festival. How much have things changed for you in the last year?

Bonnie: Oh my god, so much! We’ve been really blessed with a good team. Insomniac basically heard our music and saw us play and ever since they’ve been like fam. We played Nocturnal, EDC Orlando, Countdown, Crush, Middlelands.. they’ve just helped us out tremendously. They believe in us so much. And I think they keep giving us these opportunities because we really take advantage of them. Some DJs get booked and think ‘I made it, I’m the shit’, and not that I don’t have an ego sometimes, but I really try to not because there are so many people who would love to be here. The fact that Insomniac has even put us on one of their events is like ‘Thank you so much!’ It’s become less about networking and more about making friends. This year has been amazing because they’ve been there. People are really hearing out music and singing along with us now, it’s been super cool and has made this year awesome for us.

Clyde: We’ve gone from broke DJs to sustainable DJs! We’ve been to so many cities in the last 6 months, it’s crazy.

Another debut this year–the EP! Tell us a little about it.

Clyde: The Wanted EP was released on Interscope and Insomniac records, which is a sub-label that Pasquale owns. There are 5 tracks and what we tried to do was create a balance between the rave and the radio. There’s a song for everybody, so if you like more poppy stuff or if you like stuff you can rage to, there’s something on there for you. We call is ‘vocal bass’.

Bonnie: But every song is consistent with our style. I sing on every one of the tracks, there’s always a drop. At EDC Orlando before we released it [the EP] we played all of our songs and the guys who does the XM Top 20 heard our song “Bass Jam” and as soon as we got off the stage he was like ‘I’m gonna put you on XM’ and it’s now sitting at number 2.

I’ve seen you guys say numerous times that you just love throwing parties during your sets. What makes the perfect party for you guys?

Bonnie: Honestly, just a crowd that’s there to party. We were just in Tokyo and anything we did the fans were just so happy to be there, whereas a lot of places here, especially in the basshead realm, they’re looking for something to critique.

Clyde: DJs, especially on the west coast, almost seem guilty before proven innocent. You really have to prove yourself, so a good crowd mentality is key. A solid flow of alcohol always helps too, if you’re standing in the front we usually poor shots out. Good vibes, good alcohol, good music.

If you could theme your own festival, what would the theme be?

Clyde: I would do a food-themed festival. Each stage would be themed like ‘the breakfast stage’, ‘the lunch stage’, the dinner stage’ and there’d be food at each stage. Breakfast sandwiches coming out of cannons, real wild.

Bonnie: I would do an aquatic fest. I’d have mermaids running around, a lot of fish tanks, maybe a dolphin show. Seaworld meets EDM, but ‘ef’ Seaworld haha. 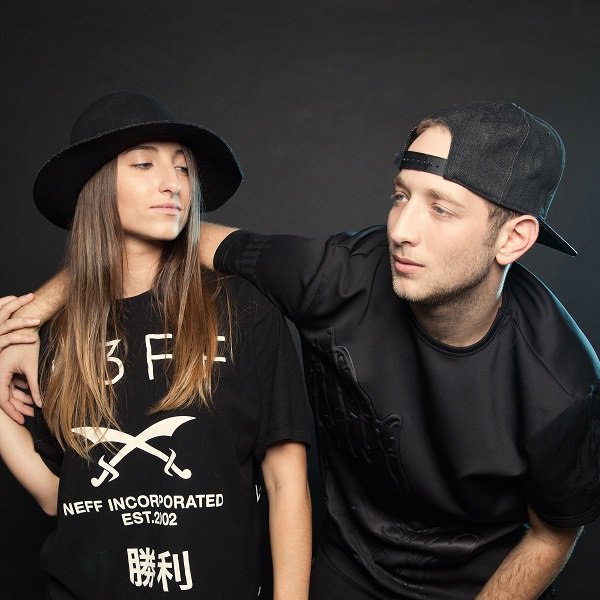 You guys are heading to Phoenix next weekend, we can’t wait to have you! What are you bringing to the desert for us?

Bonnie: So much fiiiyyyaa. We started doing this thing everywhere we go that’s like ‘Breakfast with Bonnie x Clyde’. We always pick about four fans and it’s a really good time.

Clyde: Phoenix should get ready to take a ride!

Check out Bonnie X Clyde THIS weekend when they take over Monarch theatre alongside Spag Heddy. We’re about to get lost in the sauce; grab tickets here!