The party never stops at Relentless Beats. This past holiday weekend was a huge success and we’ve got a hot new lineup prepared for you this weekend. Guy J starts us off on Friday night, followed by a rowdy pool party featuring Crizzly and Arius on Saturday. Alpha 9 is taking over Monarch Saturday evening and we’re wrapping it all up with Juicy M on Sunday. 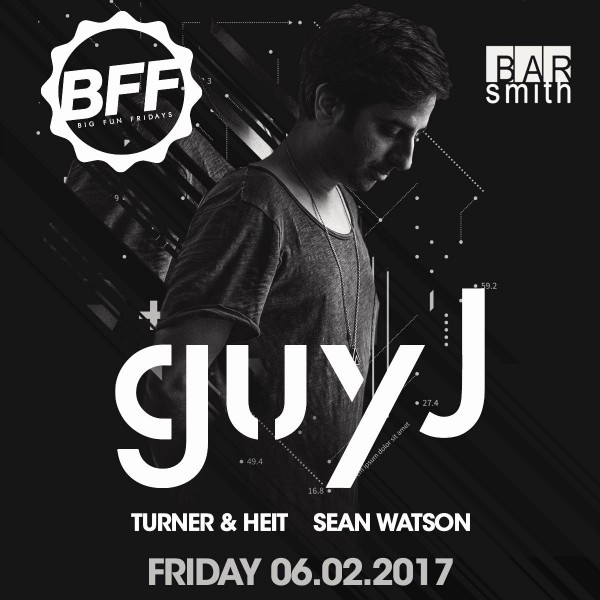 Israeli producer Guy J has established himself as one of the most sophisticated and emotive producers in electronic music of the last decade. Growing up, he was immersed in Israel’s dance music culture and a burgeoning scene that is known the world over for its epic parties. Guy started producing at the age of 14, amassing a wealth of equipment and experience and dedicating his life to learning the craft (“my friends called my room ‘the cave.’”) Whether it be his sensual, hypnotic take on house music, his deeply textured techno or his wondrous ambient material, his work is always touched with a magic and emotion that few rival. The Barsmith rooftop will be the perfect setting for this Friday evening show.

Anytime he hits the stage, Crizzly has no choice but to go hard. Channeling hyperactive energy and uncontainable swagger, the San Antonio DJ and producer ignites crowds with an intoxicating, infectious, and inimitable blend of dubstep and hip-hop, which he affectionately terms, ‘Crunkstep.’ He’s thrown down some legendary remixes and a handful of singles, most recently “Ice On My Grill.” There’s no doubt this will be a poolside rager.

Alongside Crizzly, Arius is heading to Scottsdale this Saturday to throw down! DJ duo Arius consists of real-life couple Matt Nguyen and Tessa Lizz! Matt and Tessa have been performing together since 2013 and are known for their dirty and grimy bass style; Electro, Trap, Dubstep, and Drum n Bass. This duo keeps their originality by having Tessa Lizz on the Maschine finger drumming and rapping to their own original tracks and Matt putting on performances with his dancing, and mashing up tracks live right on the spot. They stay away from the mainstream music, striving to be different by filling their show with utmost entertainment. This basshead duo always brings the heat!

If you haven’t heard yet, Alpha 9 is no other than the talented Arty. If you’re a long time fan this isn’t exactly news, but Arty recently made the announcement that he’ll be reviving his old Alpha 9 alias that helped launch his career. Arty released “Bliss” in 2009 and Come Home in 2010 on Ferry Corsten’s label, Flashover Recordings under his alias Alpha 9. Arty announced a debut Alpha 9 Tour with taking place from May to June. This is a rare opportunity you won’t want to miss. 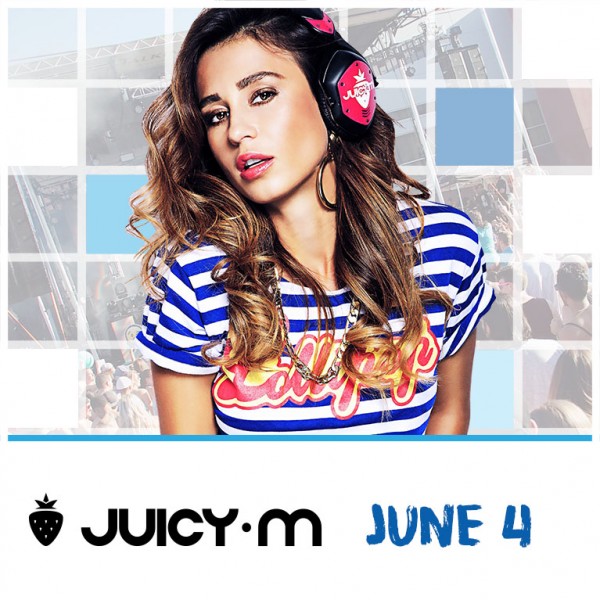 Juicy M, born Marta Martinez, is an international DJ and producer from Kiev, Ukraine. She’s a popular female DJ in the global electronic music scene as she’s a true embodiment of energy on the dance floor with her incredibly unique mix of music and skill. She quickly earned a name for herself by showcasing her explosive mixes on her video series “Mixing on 4 CDJs” which put her into the digital spotlight on Facebook and Twitter with millions of views — taking her to first place on Billboard’s “Next Big Sound” chart in 2013 representing the fastest accelerating artists on the platforms. She’s performed in more than 50 countries on 4 continents for the last two years and has found herself on stage with Afrojack, The Backstreet Boys, Black Eyed Peas, Dragonette, Jay Sean, Skrillex to name a few. Next up, Scottsdale!

Have a safe and relentless weekend!