Sander van Doorn began his recording career in 2004 and over the last decade, he’s solidified himself as a leader in the industry. He established his label Doorn Records in 2007 and released his debut album Supernaturalistic on Spinnin’ Records. That same year he won the award for “Best Breakthrough DJ” at the International Dance Music Awards. He’s become known for his more progressive house sounds, but before that, he was a force within the trance realm. The Dutch producer started his career in the tech-trance pillar of dance music but has been dormant until March of this year when he hinted at a revival by making all of his social media accounts go dark. Cue Purple Haze, his dark tech-trance alter-ego. 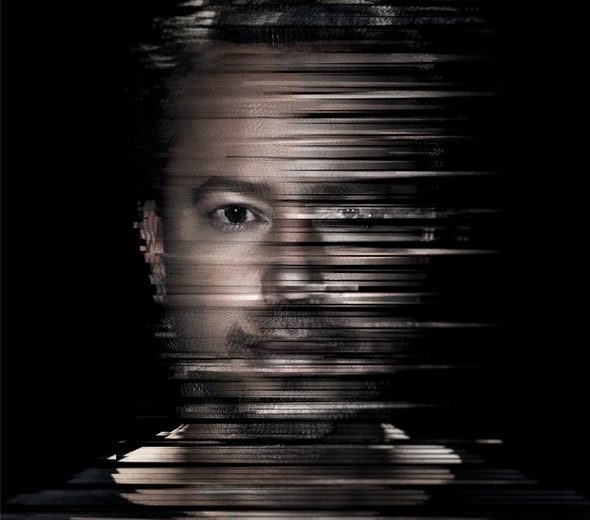 The first official Purple Haze set took place at Ultra Music Festival. Sander also performed a Purple Haze set at EDC Las Vegas and received huge response from the crowd. We were able to ask him a few questions about this new persona and what the future as Purple Haze looks like.

Between “Need To Feel Loved,” “The Rhythm,” and “Mant Array” it seems like you’ve been single release focused lately. Is that intentional? Can fans expect a bigger collection of work such as an EP or album anytime soon?

I’m happy to announce that my first album under my alter ego PurpleHaze will be released this September. The last year and a half I’ve been experimenting a lot with new sounds and exploring new territories when it comes to music production. This process led me down a different path, where I rediscovered myself as an artist. In the beginning, I came up with a few sketches for a couple of new songs and I immediately felt I was on the right track. I put in a lot of time and effort to finish these songs which eventually led to my first album I’ll be releasing as Purple Haze this September. In the meanwhile, I also kept producing music as Sander van Doorn. Having Purple Hazemade it easier for me to produce music in different styles because I don’t have to worry about finding ways to make it fit the sound Sander van Doorn is known for. I’m very happy I made this musical journey and I can’t wait to share it with the world and with all my fans from around the globe.

Tell us a little about Purple Haze. What’s been the response from fans since your first release under the alter ego?

The reactions from the fans have been incredible so far. I have performed as Purple Haze a couple of times recently during UMF and EDC Las Vegas and It was such an unbelievable experience to see all the fans that came out to hear me play embrace my other creative side with so much love. It was truly heartwarming and amazing to see how well my fans adapt to this new sound that Purple Haze represents. It’s hard to describe how much energy you get from the fans when you’ve worked so hard on this Purple Haze material for the last one and a half year. The tracks are doing great and the reactions are very positive.

Was EDC the first full Purple Haze set you’ve done? You seemed to have the Quantum Valley packed!

I’ve performed as Purple Haze a couple of times before this year. I debuted with a try out at Istoria Australia and the crowd seemed to love it. The same can be said about UMF where I played as PurpleHaze at the A State of Trance Stage. I’m super excited about several other locations I’ll be playing as Purple Haze later this year, like Hï Ibiza, Tomorrowland in Belgium and Dreamstate in Mexico.

Looking into the future, how do you plan on balancing the two acts?

Having Purple Haze as my alter ego gave me so much energy as a music producer. It helped me on so many levels, it even contributed while I was making music for my Sander van Doorn persona. Since I first experienced that productive flow, I never looked back and embraced every second of it. I came up with so much new material, that I only had one option left, which was focusing all my time and effort on finishing these tracks and show the world this other creative side that needed to come out. The future looks bright and this new found feeling fuels me as a producer in every way. So far having an alter ego has only been very beneficial for my musical journey through sound and they both seem to co-exist peacefully.

You have a busy touring schedule coming up, filled with both Sander van Doorn and Purple Haze shows. What upcoming events are you most excited for?

That’s a difficult question to answer because my schedule is filled with amazing gigs all over the world, where each festival or venue brings something special to the table. I enjoy seeing my fans again and together create this unforgettable moment through music that brings us together. Being able to fly to these beautiful locations and being surrounded by people who have so much love for the music is amazing. It’s a pretty packed schedule, but I enjoy every single second of it and I can’t wait to show my fans the new things I’ve been working on.

I can’t hardly believe it myself but we’re getting close to our 400th Identity show. We’re planning to do something special over in Ibiza to celebrate this milestone. Like I mentioned before my first album under Purple Haze will be released this October. There is even more cool stuff coming up but at this certain moment in time, I can’t say anything about it yet.

We’re incredibly excited about this creative pursuit, which marks a return to Van Doorn’s darker, moodier beginnings. This new persona demonstrates his versatility as an artist as well as how attuned he is to industry trends. Follow his socials to stay up to date on all things Purple Haze.