This summer, I got the chance to speak to Dirty Audio after his performance at Electric anorest. Before we sat down to chat, I headed to Tripolee to check out his set. In all seriousness, it was one of the dirtiest sets of the weekend. I thoroughly enjoyed it.

It is said that some of the best sets of the year are done at Electric Forest. Many artists, performing or not, tend to stay around for the entire day or even weekend.

“After my set, I went and got lost in the forest for the rest of the night just walking around and checking things out. Weekend one is insane. This is one of my new favorite festivals. It’s hard to explain. I’ve never been to a festival to this scale in a forest. It’s really tight. You could see it online and everything, but you really don’t know what it’s like until you see it for yourself.” Dirty Audio 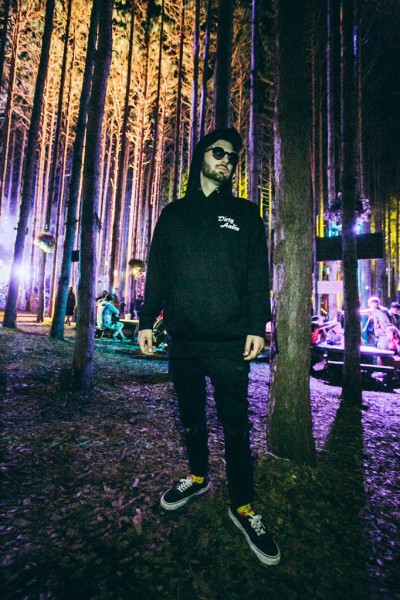 Really, it’s a giant playground for music fanatics. Artists and attendees simply walk around gazing at all of the intense art installations and stage set ups. Every year, the event grows bigger and bigger and more entrances are added to accommodate the massive crowd it attracts.

“It seems like I’m at summer camp with all my friends. It’s cool as hell we all just geek out, so for me it’s awesome. I get to come perform for thousands of people, and that’s just a dream come true for me. It’s an honor to be a part of it.” 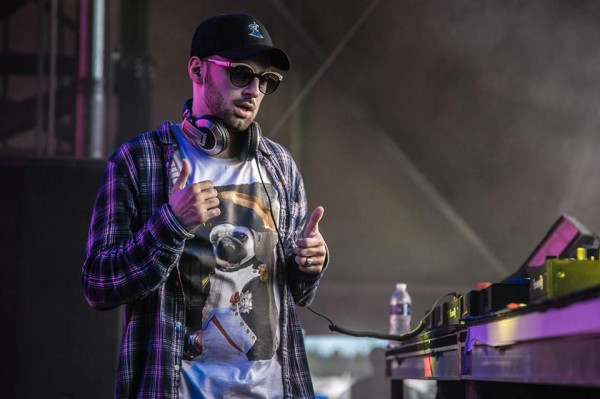 As for his music, Dirty Audio has become a favored name in the electronic scene for his always changing approach on music. “I feel like my palette as a human develops and matures. I can’t make music if I’m bored of that music. I have to make what I really like.”

Along with his originals, he’s been spotted out to compose his own version of other mega-electronic artist’s tracks.

“It’s a sick community were all homies. If someone is looking for a remix, and I come to mind, they reach out. I’ll be fanboying when some of these artists hit me up.”

A year and a half ago, Skrillex & Diplo signed one of Dirty Audio’s tracks with Rickyxsan, “Gettin’ That.” The next day, they tweeted it out for everyone to hear.

“I collaborated with Rickyxsan on that, and the chemistry we had in the studio was a cool experience. Jack Ü made an edit of it, and I found out how big of tastemakers they were because everyone was listening to it and playing it. That was really a turning point for me.” 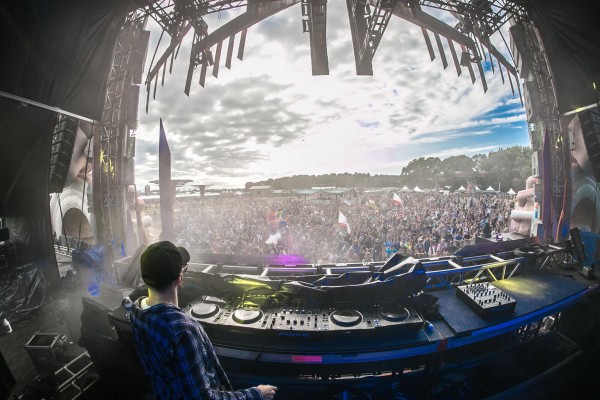 “That was kind of my introduction back into the base game. Before that, I was f*cking around with other genres really trying to find my sound and what I liked best. I want to kind of brand my sound in a way. To the point where I’m not all over the place, but you know what to expect. But at the same time it’s full of surprises and it’s not boring.” 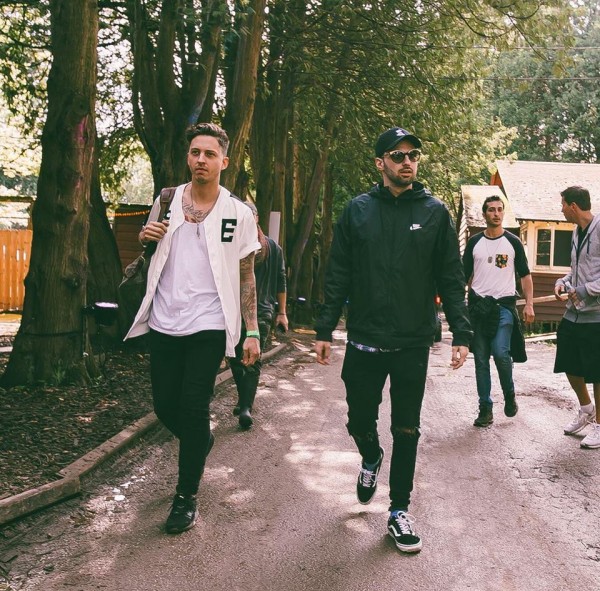 “It’s bass music at the end of the day, but I try to give it my own twist. I take inspiration from everything I grew up on like hip hop, rock, electronic. I make a weird fusion of it. Basically, I take what I like and I make my own thing with all of it. I just try to make some unique shit right now.”

“I feel like my fan base right now really likes to turn up. They want turn up music. I know to the point where the weirder I can get the better they react. I have a bunch of remixes, collabs, and originals coming out right now. I have my favorite batch of unreleased music i’ve had in awhile. I’m also teaming up with monster cat and dropping a t-shirt line with them.”

Also, the week after Forest, his new merch line dropped. He’s got t-shirts, dad hats, hoodies, and more. “It gets really cold at night so you’re gonna need a hoodie, and you’re gonna look dope in it.” 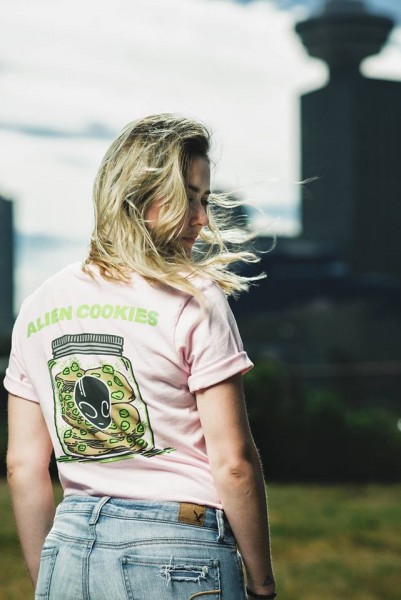 Following his performance, he was still super hyped. It was really cool watching everyone in the crowd react to his set. The energy he provided was definitely reflected throughout Tripolee.

“It’s lit. I wake up in the morning, make some coffee, I’ll smoke a joint, and whatever comes out of that comes out of that. If you can vibe with that you’ll probably like my music. If you like turning up to unique bass music. I try to make electronic music but still keep it g at the same time. No cheesy shit.”