It was the third and final night of Valhalla Sound Circus, an annual bass pilgrimage held in Québec, Canada every summer. As Monxx was getting ready to hit the stage, clouds were pouring in and it started to rain on the anxious crowd. People were on their toes waiting for his set. Most would say it was the most anticipated set of the day. 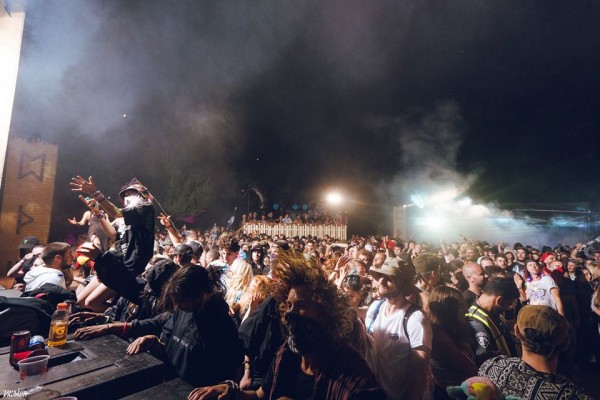 Just weeks prior to Valhalla, the 22-year-old riddim specialist had his first-ever U.S. performance at a place no other than the iconic, Electric Daisy Carnival. Monxx took the stage for a portion of HeroBust’s set and was instantly catapulted into the insanity of the music industry.

Someone tweeted me asking ‘who do you wanna come up with this year’ so I quoted it and said, ‘HeroBust.’ Probably an hour later, he messaged me and said let’s collab. So we smashed the collab and he invited me to EDC. The whole idea was to promote the video for our track. – Monxx

It was madness. I’m honestly still buzzing. It’s hard to take in when you’re actually in the moment. It’s just weird honestly because when I watch videos back it doesn’t seem real.

So the people wanna know, how did Monxx become a thing? What exactly even is a Monxx?

I was probably 14 when I was making UK grime instrumentals. I was selling beats and all that and then I created Monxx. I was brainstorming random words and I just came up with it when writing anything I could come up with on paper.

On my way to Valhalla, I was scrolling through Twitter while sitting on the train. I stumbled upon a photo of Monxx’s dad pushing him on a swing. Looking at the silly candid, I got a kick out of it. So of course, I had to ask what his parents think of the entire operation.

They obviously had their doubts because they didn’t see what was happening. Then EDC came and all of that, all of the shows. They fully support it. They were definitely in doubt because they wanted me to get a 9-5 job and then it just took off. 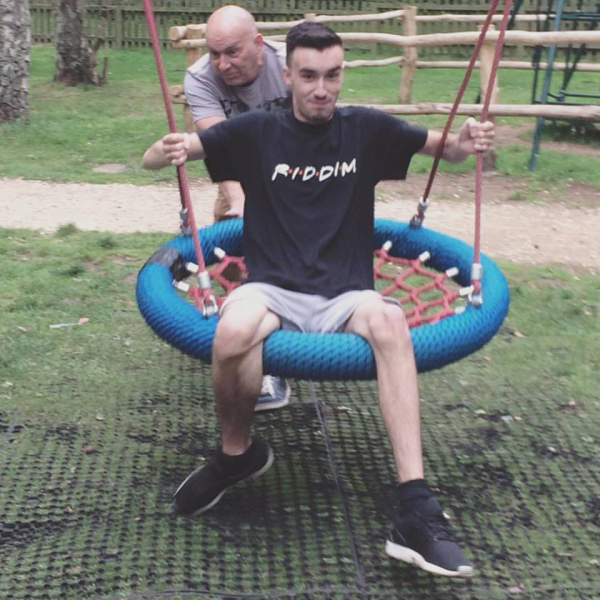 As for his parents, I wonder what they were thinking the first time they heard his sound. Riddim, for those who are not aware, comes from similar electronic elements, but are presented in a much more intense way. One may argue it’s simply dubstep, but it has a much heavier, more repetitive sound. Realistically, it is one of the latest trends in the scene. Simply notice how many people have ‘riddim’ written in their bio when coming upon profiles on EDM Twitter.

Slowly, riddim was already becoming a new favored taste, but as soon as Monxx was recognized for having a grasp on what the people want in terms of riddim, the genre blew up. The people that like my music are like me. It’s hard to explain. Just weird. Obviously, my music is weird. They’re weird. I’m weird. 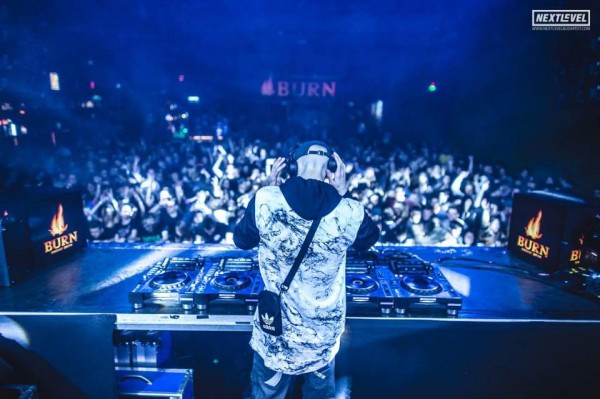 Speaking of Monxx’s fanbase, it has been growing faster than most. Almost everything he posts or shares on social media gets turned into a meme, if it wasn’t one already. It’s quite entertaining to be honest.

Without social media, I wouldn’t have a music career. The main tool to this whole thing is social media. I haven’t got a strategy, but I just do my own thing.

So what can we expect from Monxx in the future? Tons of collabs and official remixes. It’s surreal being able to collab with so many artists. It’s properly taking off and I’m in the deep end.

For the first time ever in Arizona, catch Monxx at BOO! AZ on October 14, and celebrate Halloween proper. Laidback Luke, Bro Safari, KSHMR, and others will be joining him, and the night will close out with the first 12th Planet B2B Crizzly performance.