We’ve got a weekend full of talent coming your way starting with Stellar at SALT and Wehbba at Bar Smith. Saturday Kaskade is taking over Talking Stick Resort and by nightfall we’ll have Aazar, Point Point, and Dombresky at Monarch theatre. 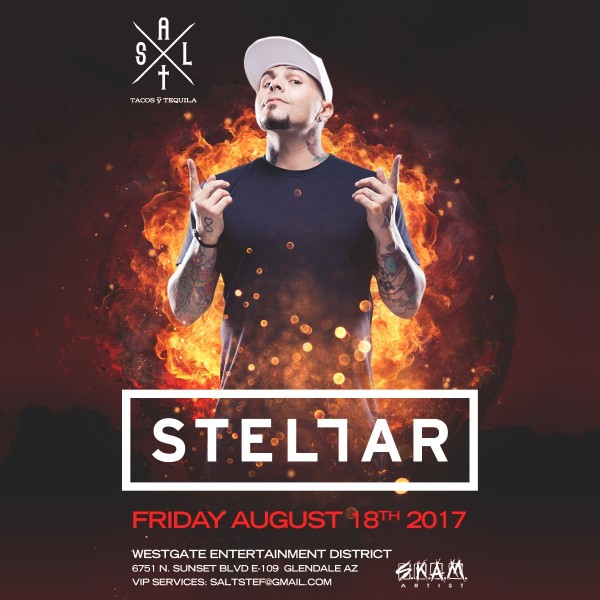 Las Vegas resident DJ/Producer Dave Stellar has made much more than a footprint in the Nevada desert sand. Since moving from Los Angeles to Las Vegas six years ago, he has created a Stellar brand that has
dispersed throughout Sin City and beyond. Hard work and perseverance has brought Stellar to do what
he was born to do; And man, do we love him for it. His hard hitting progressive style will get any
club-goer to tear it up on the dance floor and immerse themselves in the power of EDM. From Ultra Music Festival in Miami, to an appearance across the pond at the legendary Carl Cox night at Space Ibiza, to the ADE Festival in Holland and a residency at Nikki Beach in Cabo, Mexico, Stellar has continued to spread his wings across the EDM. His mission is to take everything you know about EDM and blow it apart with his aggressive-progressive big room sound.

Wehbba is an emblematic electronic music DJ/Producer from Brazil, having his name featured across the world on respected labels and party flyers. He’s one of Brazil’s main electronic music ambassadors worldwide. Born in São Paulo, Brazil, and currently based in Barcelona, Spain, this former dentist has been spinning house and techno music records, around the globe, for over a decade. Wehbba has been a prolific producer and has developed a very distinct style, marked by superb production standards. His achievements, as a producer, could be measured by the number of respected artists who he’s worked directly with over the years.

Kaskade is one of the most renowned DJ’s in the world so it’s a real treat to have him hanging out poolside this weekend. He’s played festivals around the globe, been named America’s Best DJ (twice), and infiltrated the hearts of fans everywhere with his refined, emotional tunes. He released his first single, “What I Say,” in 2001 and almost 20 years and 9 albums later the 6-time Grammy nominated artist still has it. His fans flock from every corner of the country for his sold-out shows and there will be plenty of Kaskade fan-love this weekend. 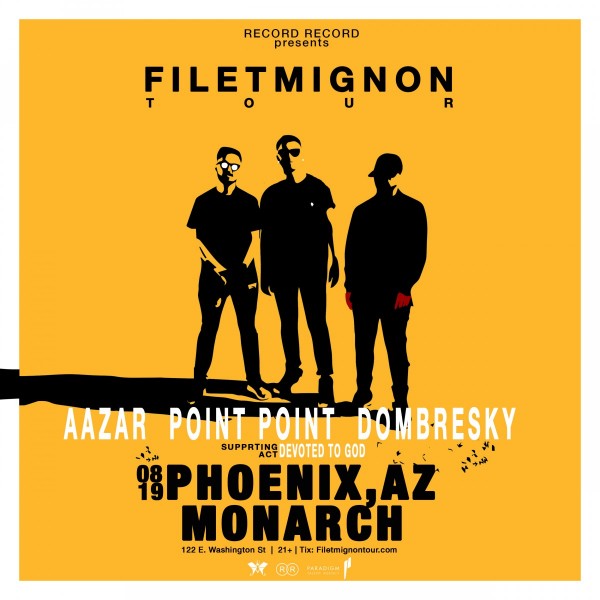 Aazar has been producing some of the biggest club bangers around all year long and has received support from some of the most influential artists including AlunaGeorge, DJ Snake, UZ, Dillon Francis, and even names like Juicy J. His extreme diversity allows him to be able to bring together several different styles of music to create unique fusions unlike anyone out there right now. From rolling 808s, steel drums, electro leads, and percussion from all over the world, it’s definitely something that will grab your attention.

As some of you may know Point Point, a 4-part DJ mashup comprised of Devoted to God, Aazar, Nömak, and LH4L, has a mystifying sound unlike many artists on the scene. They’ve been making insane tracks for years now, with little traction given their outrageous talent. Their original take on the future bass sound has electrified the EDM scene with their hit songs, “Life in Grey” and “A Piece of Sun.”

Dombresky, an up and coming producer from Paris, has made his name with his unique style and his finesse, which allowed him to make an official remix for A-Trak’s “We All Fall Down” and a collaboration with Tchami on the track “Freakin” released on his After Life EP. Dombresky continues to impress the house scene with his deep grooves such as his latest track “Hardcore” fresh off his EP Reaching Perfection, released on the prestigious Fool’s Gold label. He consistently delivers elaborate tracks and an aesthetic musical sound making him a DJ to Watch.