We have an upcoming weekend full of talent both global and local. Friday night Kaytranada, The Gaslamp Killer, and Sango perform at The Pressroom. Saturday Vice and Brody Jenner will be celebrating his birthday in style at Talking Stick Resort and by nightfall, we’ll be checking out some of the hottest up and coming DJ’s around the Valley at the Global DJ Competition.

Since the age of fourteen, when Kaytranada first began to DJ and the following year when his brother introduced him to music production software, his output has been relentless. He began self-releasing a series of EPs and beat tapes and official releases on HW&W and Jakarta Records soon spread his name like wildfire alongside some instant-classic remixes by the likes of Missy Elliot, Janet Jackson, TLC, Danny Brown and others that have cemented his reputation and his sound.

In 2014, Announcing via his Facebook page, KAYTRANADA signed an exclusive recording agreement with XL Recordings, the historic London based record label. His long-awaited debut album, 99.9%, was released on May 6, 2016 with an overwhelming positive response. The album includes features from GoldLink, AlunaGeorge, Syd, Anderson .Paakm and Vic Mensa among others. “Glowed Up ft. Anderson .Paak” was named Best New Music by Pitchfork when it was released as the album’s 3rd single, along with a stunning music video. The album’s second music video for “Lite Spots” was nominated for a 2016 Much Music Video award. He effortlessly blends R&B, hip-hop and electronic sounds that make his upcoming show one not-to-miss.

Joining Kaytranada will be The Gaslamp Killer and Sango. The Gaslamp Killer is the assassin and the antidote. If you’ve caught one of his sets all across the world, you understand. In a cover story, LA Weekly called the Low End Theory co-founder and resident, “the most popular great DJ in L.A…. wowing both bro-step hordes and avant-garde diggers…any song he spins feels remixed to Richter-popping intensity.” Sango is a Seattle based producer who is most known for his remixes of Aaliyah, Drake, Little Dragon, Nas, The Weeknd, and his debut album North. Over the last few years, Sango has toured 50 + cities worldwide and played some of the worlds biggest festivals. His high energy live set is constantly in demand and he’s produced for Tinashe, Bryson Tiller, Mick Jenkins, GoldLink, Wale & more. 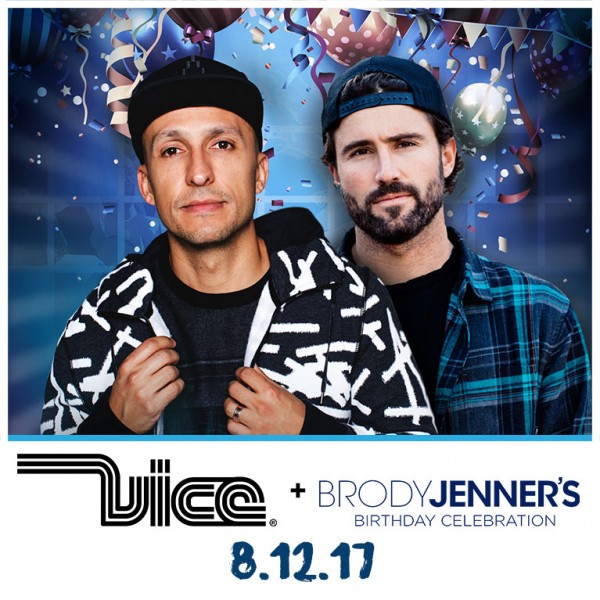 Named one of “America’s Best DJs,” LA native Vice may perform on stage at some of the hottest clubs across the country, performing for sold-out audiences in major cities, but his presence can be felt everywhere – from the center of the crowd to the heart of the music that he creates, blends, and produces. Inspired by his many travels, Vice’s music has the distinct ability to take listeners around the world to places such as Ibiza, Tokyo, London, and Hong Kong, like he did with his hit song “World Is Our Playground.” Whether it’s a fast-paced EDM song or a relaxing poolside beat, there’s a hint of adventure in every song that takes listeners to the various places that Vice has been to.

Joining him will be reality TV star and DJ Brody Jenner, who will be celebrating his birthday poolside at TSR. Come join us for the party of the summer! 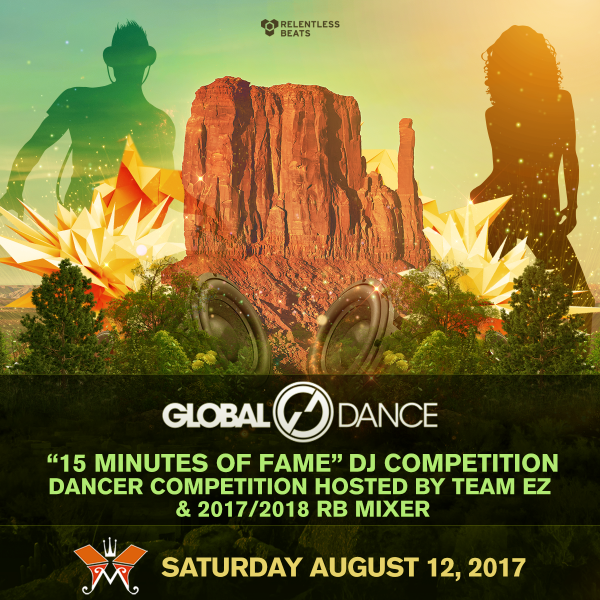 In addition to the global talent this weekend, we’ve rounded up some of the hottest local acts as well to compete for a chance to perform at Global Dance Festival. We call it the “15 Minutes of Fame” competition because each of the 12 DJ’s selected will get 15 minutes to give it all they’ve got and show us their best material. This event is also an audition for dancers hosted by Team EZ for a chance to perform at upcoming events and a networking mixer. Come out, enjoy some fresh talent and meet some fellow music lovers this Saturday night.