Labor Day Weekend is one of the last parties of the summer, and we’re going out with a bang. Fire up your BBQs and grab some brews–we’ll provide the beats! We’re packing eight shows into four crazy days starting with Kayzo , 4B, Gammer and Sage in Tucson on Thursday, followed by Sage Armstrong and NGHTMRE on Friday. Saturday we’re going bananas with Dada Life, and then getting dark and dirty with AC Slater and Jack Beats at Night Bass. We’re going all out for Sunday Funday with Tiesto poolside and Moon Boots and Dash Berlin by nightfall.

A 3-day weekend just wasn’t enough so we’re kicking things off a day early at the Dog House. Kayzo and friends 4B, Gammer and Swage are taking over the Rialto Theatre in Tucson this Thursday. 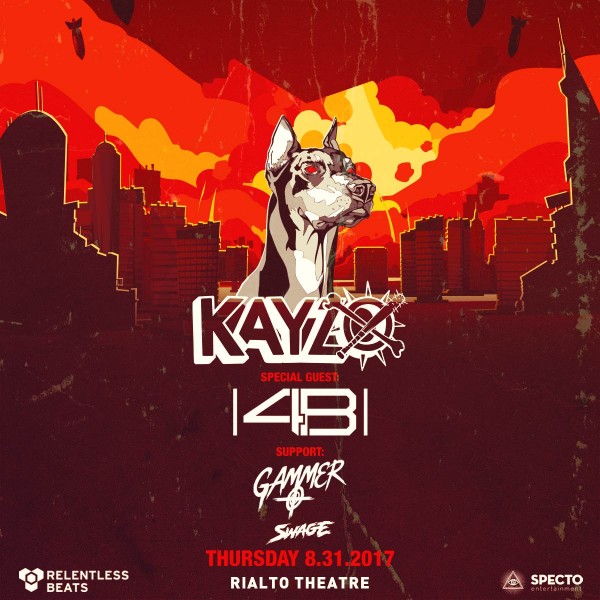 Kayzo saw his break in 2012 when he was selected as the winner of Insomniac’s Discovery Project with a mind-blowing mix featuring every genre under the sun. This win gave him the opportunity opened countless doors for Kayzo as he’s now played some of the biggest festivals in the world. He’s become known for his hard and heavy beats and awe-inspiring, energy-filled live performances.

Born in Staten Island, NY 4B has been around music all his life. Known for spreading his aggressive Jersey club sound into electronic music, it’s no wonder DJ 4B is seen at major festivals like EDC, Mad Decent Block Party, Nocturnal Wonderland and Life is Beautiful just to name a few. He’s seen massive releases on Mad Decent & Dim Mak and put out a slew of single supported by Diplo, DJ Snake, Steve Aoki, RL Grime and many more.

There’s no better place to start your holiday weekend. 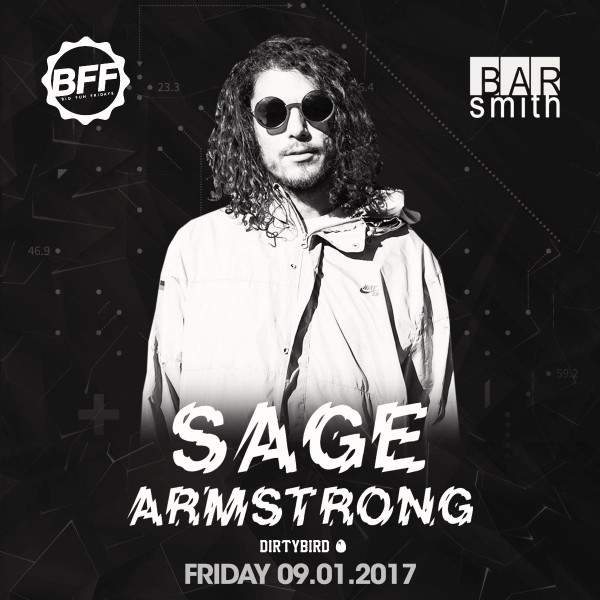 Born in the South, Sage Armstrong has been influenced by a multitude of different genres that continue to inspire his creativity in the studio and on stage. He has mastered his own style by adding unique elements that give off a vibe of bouncy underground beats. Sage is all about making music with no boundaries and has been building his brand through his own distinct interpretation of house music. He’s had numerous releases on one of our fave labels, Dirtybird, and always brings a set to shake ya tailfeather to! Spend your Friday night under the stars and gear up for many more parties to come.

House music under the stars not your cup of tea? No worries, we’ve got NGHTMRE coming through to give you that bass fix. 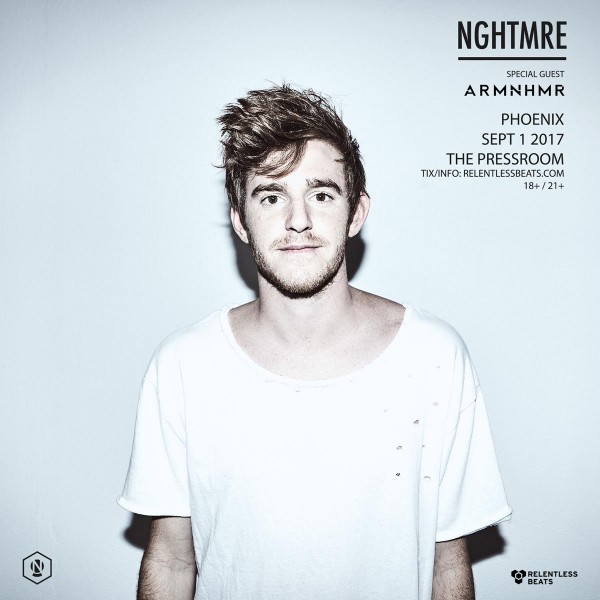 NGHTMRE has been on the move lately. In just a few short years he’s gone from anonymous Soundcloud upload to collaborations with Dillon Francis, Zeds Dead, and Flux Pavilion just to name a few. His single “Street” put him on the map in 2015, garnering support from Skrillex and earning him a spot on the Mad Decent label. He made his EDC debut that same year. Since then he’s been traveling on tour, performing non-stop and creating massive hits. You may have seen him at BOO! this past year, or on his highly successful Gud Vibrations tour with Slander, but now he’s back in the Valley to heat things up. 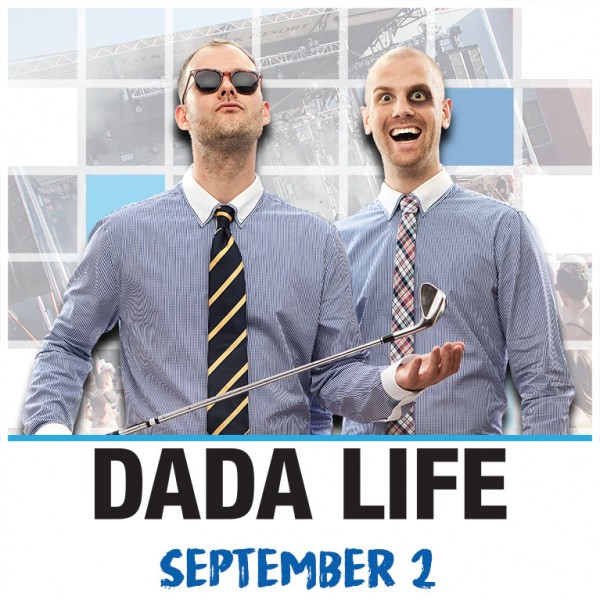 Normally I would never condone violence, but the ‘Happy Violence’ Dada Life promotes is a little different. The only fights are pillow fights, and the arguments are over who’s raging harder. Dada Life is a DJ duo from Stockholm. They’ve released two albums and a large collection of singles since their musical debut in 2006. They’ve become known for their upbeat tunes and fun lyrics that almost create a genre of their own. They throw record-breaking parties; in 2013, Dada Life broke the Guinness World Record for the world’s largest pillow fight and in 2015 they broke another world record for the most people dressed as a fruit in one place. They’re bringing the party to Talking Stick Resort for a day rager like no other this weekend. 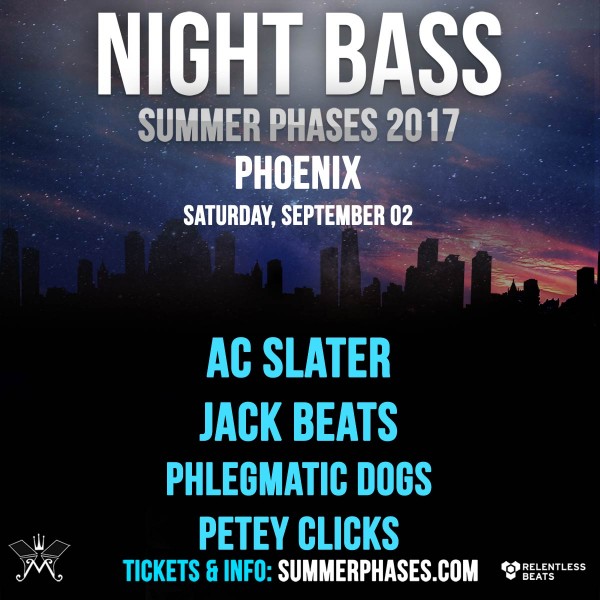 AC Slater is without a doubt the King of bass-heavy house music in America. He’s begun a lengthy career for himself by fusing elements of house music with the dirty basslines of UK garage and sprinkles of old-school rave synths and breaks. In 2015, Slater decided to make a record label out of his longstanding party scene in LA so he could continue to support quality bass music, release records and host parties; he calls it ‘Night Bass‘. Since then AC Slater has been touring the country bringing his bass-heavy music to festivals and clubs alike. For this phase of his Summer series he’s bringing along pals Jack Beats, Phlegmatic Dogs and Petey Clicks. 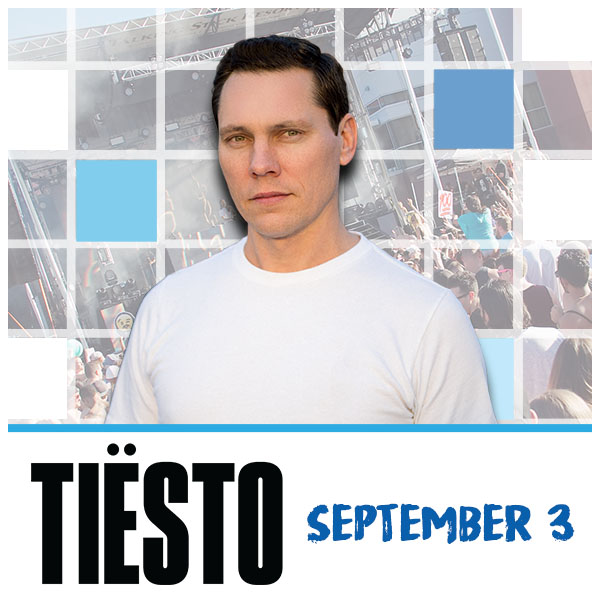 International superstar DJ, Tiesto returns to Arizona to close out an epic season of #ReleasePoolParty on Sunday September 3. After a crushing set at Phoenix Lights this year, we welcome Tiesto’s return with open arms. Prepare to hear hit after hit this Sunday poolside… The perfect way to close out an EPIC #LDW2017! 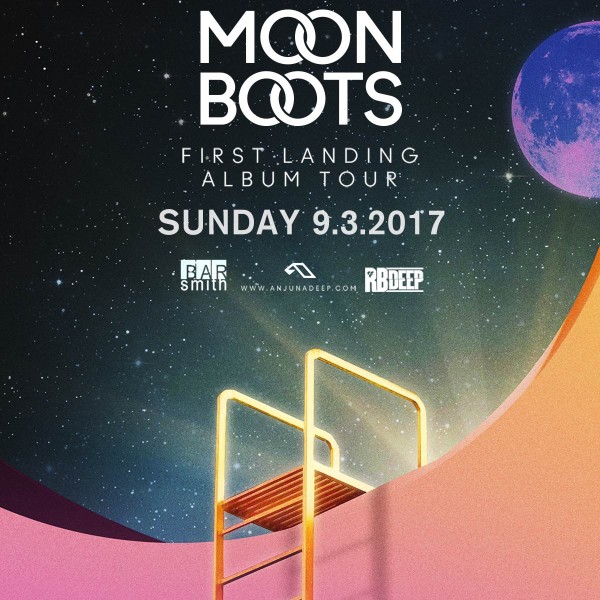 Pete Dougherty, better known as Moon Boots–the man whose boots were made for hopping around in zero gravity–is a remarkable man, equipped with reason, intuition, and groove. This disco house extraordinaire entered the world in the mid-1980s via Cape Canaveral, FL. He’s become known for his sparkling and fun tracks (mostly) on the acclaimed platform French Express. Alongside the likes of Jonas Rathsman and Perseus, the French Express crew has led the charge of the internet-era disco-house sound permeating speakers the world over. He recently released his debut album, First Landing, an objective piece of work his fans have been waiting for. Moon Boots had always been known for banging club beats and unconventional production stylings, but his first full-length album is a true testament which matches his ability to craft his sound. 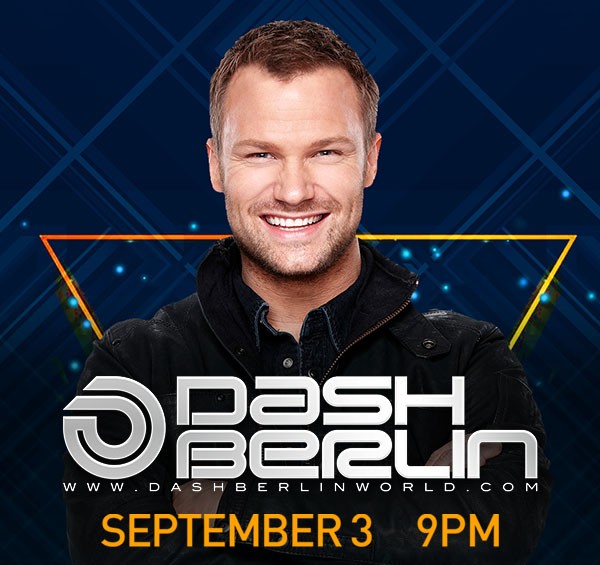 Monday is for recovery. But Sunday night is for the party. Follow up your trip to Release Pool Party with the official after party in the Talking Stick Resort Showroom with Dash Berlin. Trance legend or electronic music pioneer… Whatever you prefer to label him, Dash Belrtin has impacted the industry beyond belief. With classics like ‘Til the Sky Falls Down’ and more recent hits like ‘This Is Who We Are’ you’re sure to close out the weekend with track selection like you’ve never seen before.