Showtek consists of two brothers, Sjoerd and Wouter, from Holland. The two have had great success in music for their wide variety of style. There’s never a dull moment with these two, so we brought them out for this year’s Global Dance Festival Arizona. I was lucky enough to sit down and have a chat with them after their set:

So obviously there’s two of you. What different elements do you each bring to the table?

*both laugh*
Wouter: That’s one of them. We are brothers so we have different taste in everything that we do. And the funny thing is it always comes together as one, so I think Sjoerd, so I can speak for him, is a little more melodic, a little more musical in a way. He played guitar and piano, and I’m more really focused on the technical parts, the beats, the structure. But together we have different influences in our music and we always try to keep that going, and we also work as individuals a lot so we have a group thing and we bring it together. 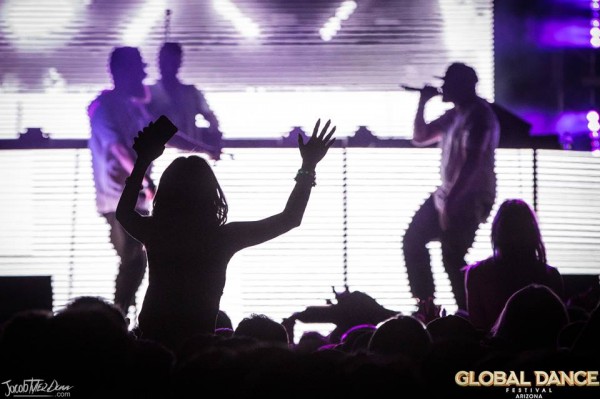 One of your most recent releases is titled “Mosh Pit.” What makes a good mosh pit?

Sjoerd: It’s fun. Asking brother – “Hey how did that happen?” GC, one of our singers, he wasn’t here today, but we started working with him about a year ago and intentionally we wanted to do a reggae song with EDM influence and then I don’t know we started singing about mosh pits.

Wouter: We had this beat and then they were all just like, ‘Mosh pit, why don’t we do like a weird mosh pit?’ You expect a crazy *rahhh* and we thought let’s just do a chill, ‘most pit.’ Creepy. It’s kind of creepy. It just gets in your head. We’re in some of the craziest mosh pits and sometimes you just don’t even understand this dancing mosh pit. You’re like… they don’t even understand they’re saying mosh pit and you’re like ‘what is this?’

Sjoerd: That was one of the more EDM related songs, of course. This is also a part of our North American tour we’re doing. It’s more of a pop crossover. We were very happy Phoenix, Arizona was a part of it. We also like to break out different music these days not just one genre or style so this was one of them. This was more banger, EDM type, more of a pop crossover listening in your car song.

Wouter: We’re discovering, trying out new methods of production. It’s not easy. We can make another EDM banger, but we kinda wanna explore and do something new. You don’t wanna do the same thing every day, you wanna do new stuff. Same with fashion and all these things change. With music, you wanna explore different genres.

And I think you guys are very brave for that because I’ve talked to a lot of artists that tell me that they make other music, but they’re ‘scared’ to release it because they think they’re going to lose their fan base. Obviously, that’s not the case for you guys.

Wouter: Our shows they went through a lot of different levels and layers. If you’re gonna see what show exists there are layers. We have had techno influences, in the beginning, we became huge into hardstyle, we took a while to go to electro. It took us a year and a half to reinvent ourselves and become something different in music and create our own brand and identity. Now we are on that level where we still love what we’re doing, but we’re also trying to discover music. We like to do new things. We are beginning to travel a lot and we are getting cultured these days. 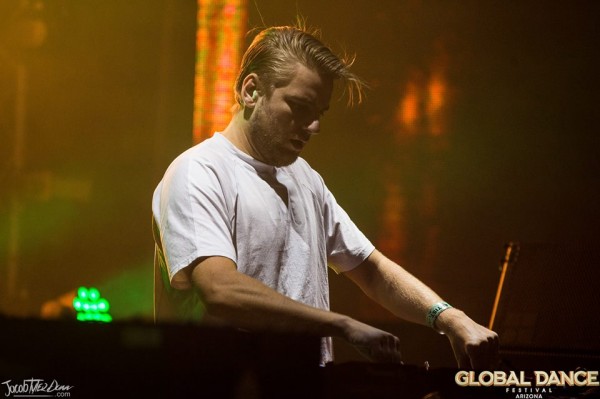 Sjoerd: “You can only win if you’re willing to take a loss.”

Wouter: It’s boring if you’re always going to do the same thing. Same with food, you eat at the same restaurants all the time sometimes it’s nice to walk into a different kitchen. You see something totally new and you’re like ‘what the hell is this?’ It doesn’t mean you’re stepping away from what you’re doing. It’s going to add to what you already have. You wanna be open-minded or it’s boring.

Your latest EP, Amen, what motivated the title?

Wouter: The guys that are featured on the songs are Freetown Collective, they’re a duo from Trinidad. We did a song with them and Major Lazer called ‘Believer’ which is a pretty strong message we’re sending out. Those guys have struggles and we can’t really relate to their stories as much, but we feel like we have a connection with a lot of the writers from the Islands. We think it’s great to work with different cultures. We are huge hip-hop fans, and I know we’re two dudes from Holland, but we don’t want to limit ourselves to where we come from. We want to explore every genre and we feel very connected to reggae music. Those dudes are very good reggae musicians as well, so ‘Amen’ was kind of a follow-up to ‘Believer.’ We wanted more of a message in the song. You can look at the lyrics different ways and it describes a lot of the struggles.

What are you thankful for?

Sjoerd: Well, first of all, I think we are thankful for having all the fans who believe in us and come see us because without fans we wouldn’t have shows. I think we know where we are in our career and we are very proud of what we are, but we also know where we came from and sometimes it’s just very good to stop for a second and be humble. We are also thankful for our mother who never really limited us at home, trying to push us to go to school but also give us our freedom. Without her support, for example, we may have ended up someplace different. We have a great mom. She gave us the freedom to discover ourselves and that’s super important for our career. 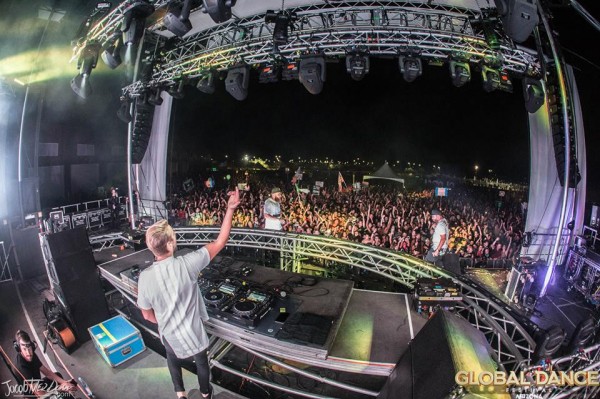 Your sound has changed/developed over the years, always keeping things interesting, so what can fans expect from Showtek in the future?

Wouter: We’re in the middle of a transition phase in terms of figuring out also what our direction is. If we’re being honest, we always knew what we wanted and it starts in your head. You are inspired by something. Right now we feel like there are a million things we want to do so we want to channel it to one type of sound or genre, but if we look at our preferences they’re more reggae and hip-hop, more of a darker theme we want to explore. A little more urban influence. We are so inspired right now it’s almost overwhelming. We don’t like it to be predictable. It has to be a little shocking. We always like to have a shock value somehow.