This weekend, choose between an array of musicians performing around the valley. Whether you favor partying on rooftops like Bar Smith, under the trees of Shady Park, or elegantly at Westgate, there’s an option for all types of experiences. Get your groove on all night every night with Born Dirty, Bleep Bloop, SayMyName, and Zoey Dollaz, and wind things down on Sunday with a day party featuring James Zabiela. 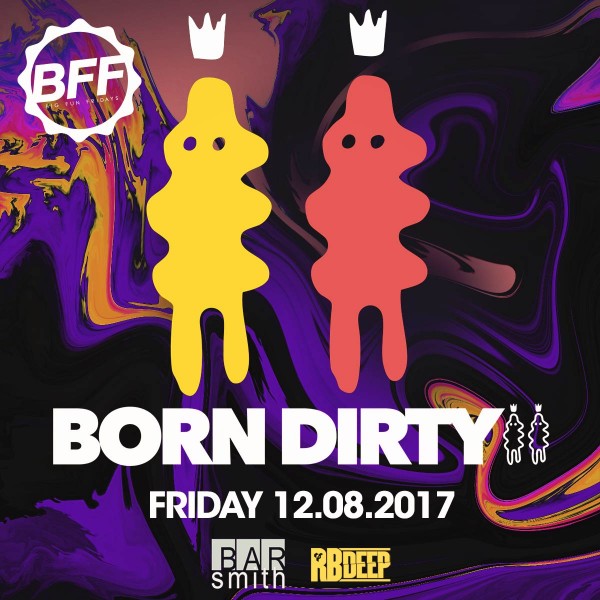 We’re starting the weekend off with Born Dirty at BFF at Bar Smith. Once again, we’ll be partying with some of the dirtiest music around. Get your stank face on with Born Dirty and the rest of the BFF squad.With releases on Dirtybird, OWSLA, and more, Born Dirty has confirmed their presence in all areas of the industry. Their music is favored by many, so like always, there will be a great turnout. Make sure to buy your tickets asap and join the Bar Smith crew on the roof this Friday! 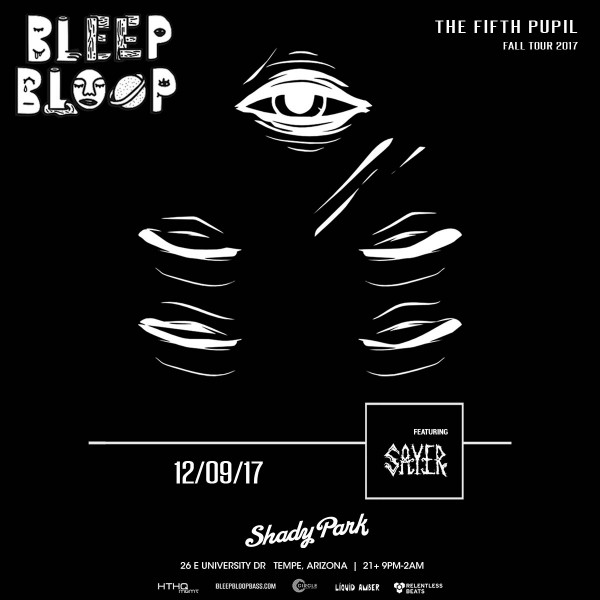 Bleep Bloop has been a topic of the town with his purely experimental ways. He’s a huge influence when it comes to creating your own style because his tunes are unlike anything you’ve ever heard before. Catch Bleep Bloop at Shady Park on Saturday to get a real taste of what he has to offer. This is gonna be a good one so make sure to grab your tickets. 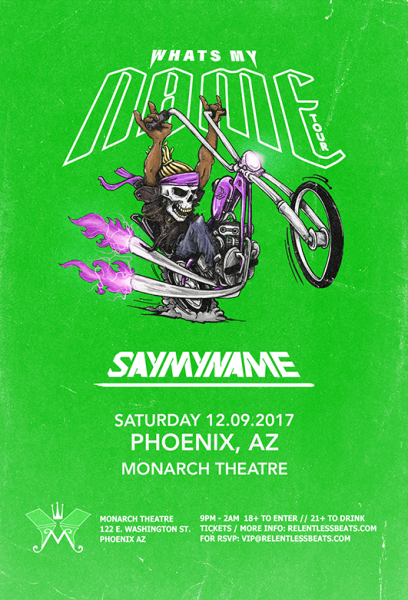 Chef SayMyName is back and ready to party with us once again! He must really enjoy the Phoenix crowd because he just can’t seem to get away. With that, he’s coming to Monarch for a stop on his headliner tour. He won’t be holding anything back for this one, so grab tix and rally up the squad! 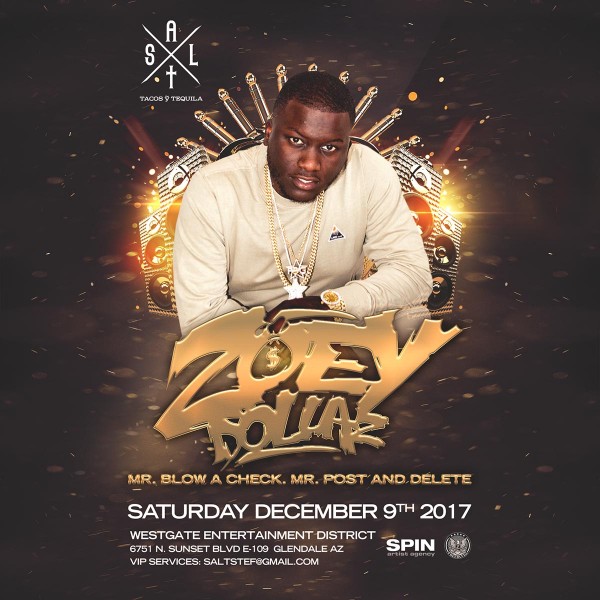 Man oh man, Zoey Dollaz is coming to Salt Glendale for a one of a kind performance. Without a doubt, he’ll be turning up the house with his plethora of bangers. Recently, he came out with “Post & Delete” with Chris Brown and they haven’t received anything but positive feedback for this one. Zoey Dollaz is one of the realest out right now, so you won’t want to sleep on this dude. 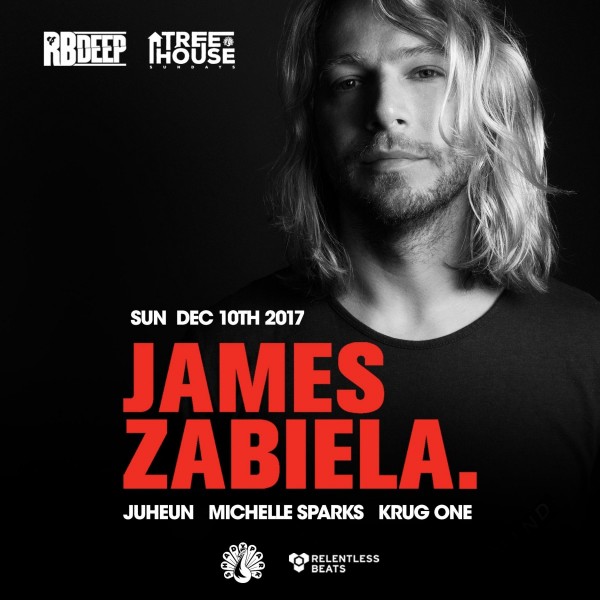 On Sunday, come be a part of the new event series, TreeHouse Sundays at Shady Park. This time around, James Zabiela is coming through to bring the tunes. Surely, James Zabiela is way ahead of his time when it comes to music. He’s been in the industry for quite some time now, and has only proven his worth with the abundance of successful releases. So don’t fret, come enjoy Sunday afternoon with us under the shade.