Finnish DJ and producer Otto Yliperttula, better known as Yotto, is on a fast track to global stardom. He has a captivating presence behind the decks that demands attention from every person in the room. The rising talent debuted his first single in 2014 and has been signed to Anjunadeep since early 2015. He boasts over 40 million streams to date, has played some of the most prestigious shows in the world, and seen support from the likes of Pete Tong, Eric Prydz, and Annie Mac.

Just last month, three short weeks before taking the stage at Goldrush music festival, Yotto released his debut album. It’s a 13-track masterpiece may be his best work to date. I had the chance to speak with Yotto ahead of his set at The Hideout stage to talk all things Hyperfall. 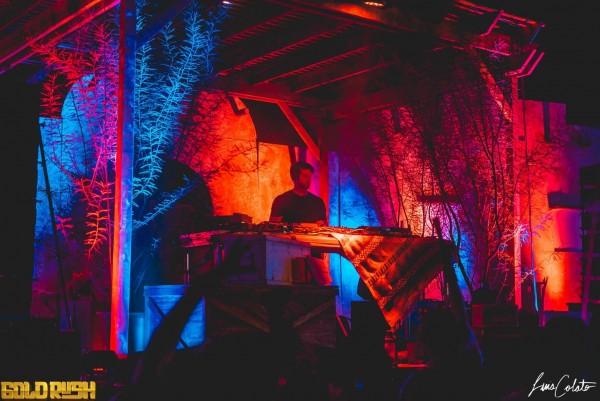 I want to talk about your debut album Hyperfall, of course. Every track seems precise in its place in the album. Did you intend it to listen as a story or can each song stand independently?

There are some songs that might not play as good individually as they would in the context of an album, but I hope each one of them is worth a listen anyway. I kind of separated this album into two or three parts and some of the tracks between meld together well. “Journey” is a bit overused, but I want it to be something you can listen to all the way through.

I actually listened to it again on the way here today and it builds really nicely. I feel like I was being told a story even though the album as a whole has few words. It’s been out just three weeks. What’s been the overall response so far?

Really positive. I was a bit stressed about it *chuckles* because you never know, I’m never happy with it. The moment something comes out I’m pretty sure it’s shit, but then a couple weeks go by and I’m like ‘okay, it’s fine’.

How are you feeling now that the big album debut is out of the way? Relieved? Anxious to get back in the studio and create more?

I’m happy to have that finished and out there and now I’m just working on a bunch of club versions and new music that doesn’t have any specific goal–just because I love the music. Some good remixes are coming for sure.

I really love the album art for Hyperfall and with every single release that came out. How much of a hand do you have in that process?

Well, I did kind of choose the concept and help the designers with creating something we can use in the live visuals and something we could use for the singles as well, but they did come up with the initial design and then we talked about it a lot. 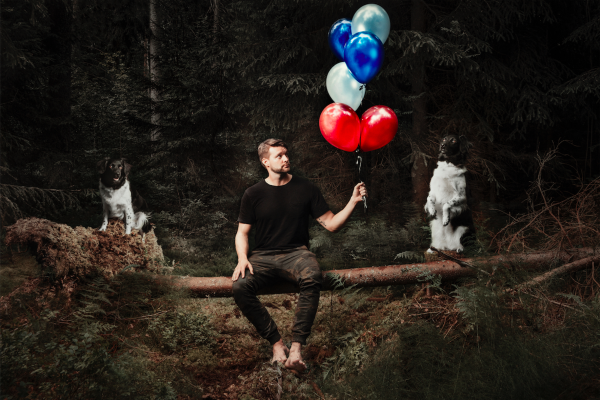 Your Hyperfall tour just started. How has everything been going so far?

It’s been great. I started in South America about a month ago and that was really strong.

There’s a ton of dates on this tour taking you all across the globe. Besides Goldrush, of course, what other dates or places are you really looking forward to playing?

It’s going to be my first time playing in Berlin for some reason, I don’t know how I’ve never played there before. I’m also doing my first hometown show in **HOME TOWN**. I used to DJ back home quite a bit but since I’ve started playing internationally I haven’t been back home. I’ve been waiting for the right moment, so this will be special.

How do your sets differ between a massive festival such as Goldrush and a more intimate setting?

Yeah, there’s a big difference. I always have a few of my own tracks that I really want to play and I know I’m going to play, but everything else I build around it. I see what it looks like and what I’m feeling.

It’s been a really great three years for you obviously. What do you hope to accomplish in the next three?

I want to start my own record label and start doing my own parties. I want to plan a concept that’s all my own and bring in DJs that I really like.