This week(end) is huge. We say it like that because this week’s lineup starts extra early–TODAY! Tonight we have Jauz in Tucson while Rüfüs Du Sol brings their live tour to Phoenix. Tomorrow, on Halloween, we have Tara Brooks‘ Haunted House at Bar Smith. Friday, CloZee and Tor bring the weird to Shady Park and on Saturday we have Boys Noize, Destructo, and Gerry Gonza at The Pressroom. Sunday Funday is going down with Fisher at Shady Park and Petit Biscuit at The Van Buren. What a lineup! 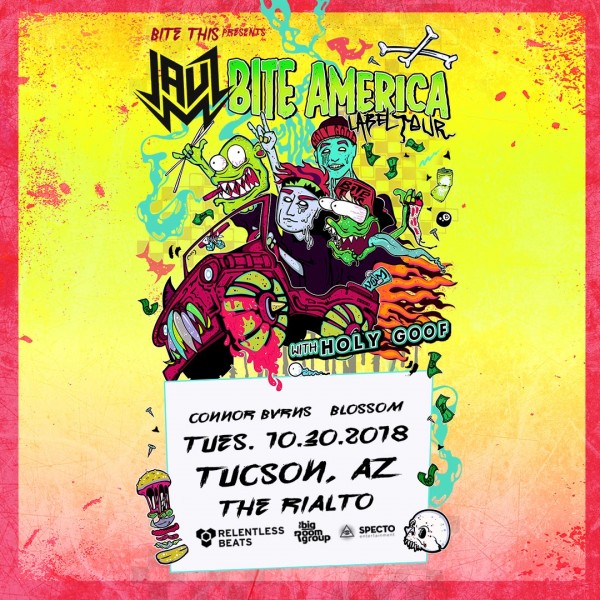 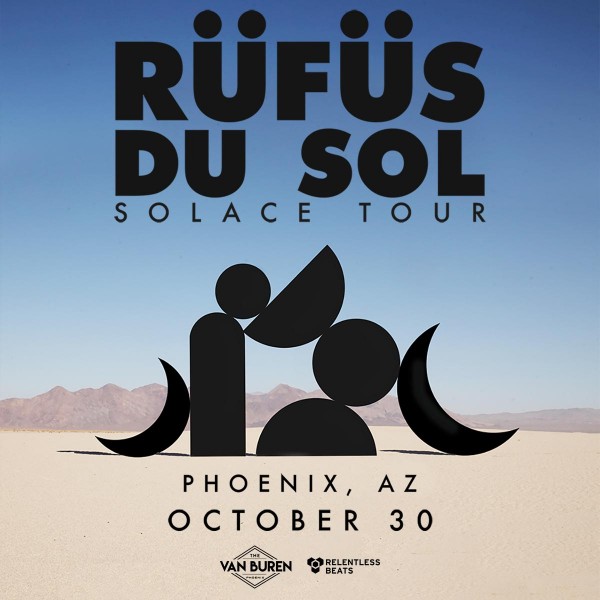 Australian trio RÜFÜS DU SOL, made up of Tyrone Lindqvist, Jon George, and James Hunt are fresh off the release of their second album Solace. The album has been met with great praise, and the group has been selling out dates on their tour by the same name all across the country. This trio knows how to make music and draw a crowd. They have been paving the way with their sound, and this is just another demonstration of how they know what their fans need without their fans even knowing it. This tour is especially sweet as they’re bringing a live setup! 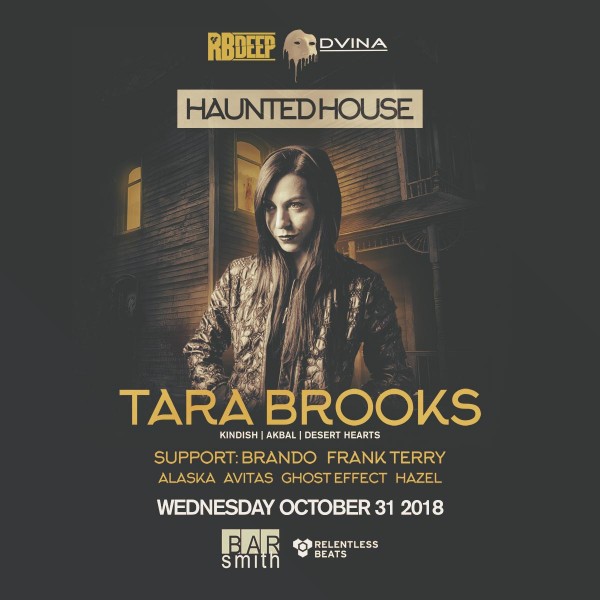 Tara Brooks grew up in Southern California, where her passion for electronic dance music was cultivated at an early age. Both her parents were musically inclined, with a father who played guitar and a mother who played both piano and harp and sang. She dived into the 90s grunge scene head-first, favoring artists like Nirvana, Incubus, Tool, Stone Temple Pilots, among others. She was introduced to electronic music and was immediately blown away by the variations in beats, sounds, and melodies, so she turned to Djing. Drawing inspiration from the likes of Carl Cox, Sasha & Digweed, Victor Calderone, and more, Tara began creating her own music, which evolved into what is now considered dark, techno house. 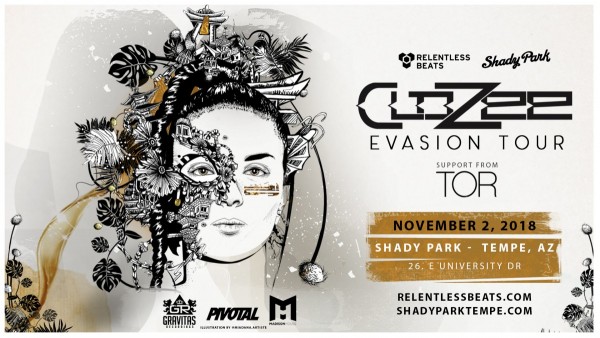 One of the most innovative, up and coming artists in the scene right now is CloZee, a French indie-electronic producer who has established her very own signature sound within the world bass corner of dance music. Comparable to live acts like The Glitch Mob and Gramatik, CloZee embraces sounds that aren’t typical but blends them into a unique audible masterpiece. She has been busy in the studio producing her first full-length album, Evasion, which dropped earlier this year, as well as touring the world and making appearances at major festivals like Bonnaroo, Electric Forest, and Coachella’s Do LaB stage.

There are few DJ’s and Producers that understand the endless possibilities of making music quite like Tor. The Vancouver based producer holds nothing back in his art, with finely crafted drums, bells, and whistles all melting together in a soulful electronic rhythm. Tor’s music is ambient and encompasses a beautiful middle-eastern vibe throughout. Since debuting in 2012, Tor has gone on to remix some of the biggest names in the music industry like Rüfüs Du Sol and Odesza. 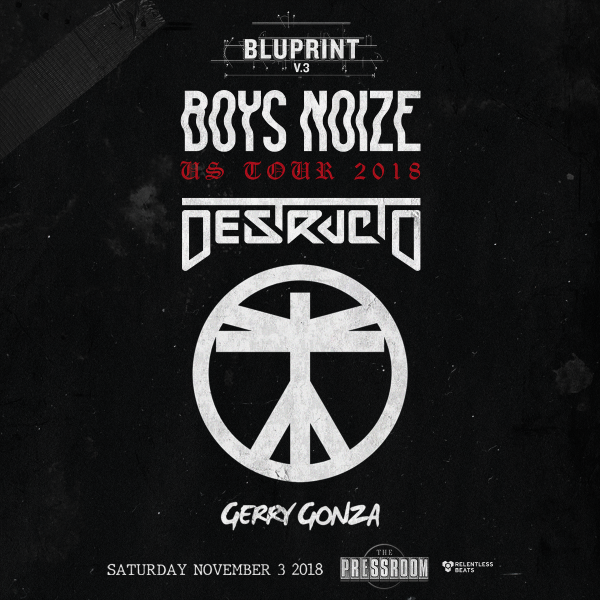 Berlin-based producer Alexander Ridha, a.k.a. Boys Noize, first began gaining recognition back in 2004 with the International Deejay Gigolo Records single “The Bomb!/Boy Neu.” In 2005, he launched his own label, Boysnoize Records, on which he released a pair of singles “Optic/He-Man” and “Volta 82” along with work from the likes of John Starlight, Eastwest, I-Robots, and more. 2007 saw his full-length album debut, Oi Oi Oi, as well as several successful remixes of popular songs, including Feists’s “My Moon My Man,” Depeche Mode’s “Personal Jesus,” and Bloc Party’s “Banquet.” Such successful remixes helped popularize the Boys Noize brand and launch Ridha to where he is today.

When he’s not busy leading major industry organizations, Gary Richards, aka Destructo, is still in the studio pumping out original music. Named one of “50 Most Important People in EDM” by Rolling Stone magazine, Richards has racked up an impressive list of accomplishments throughout his career including founding the influential HARD Events brand and launching it to what it is today, creating the cruise festival, Holy Ship! as well as the recently curated FRIENDSHIP, joining LiveStyle North America as President in 2017, and maintaining a highly successful career as a DJ.

Arizona has been producing some serious local talent lately, particularly with Phoenix-based DJ/producer Gerardo Arrellano, aka Gerry Gonza. A master of G-House and frequent collaborator with fellow AZ-based producer Bijou, Gonza hit the scene hard back in 2016, bringing a mixture of driving basslines and drums combined with melodic synths that come together to form fresh, innovative sounds. 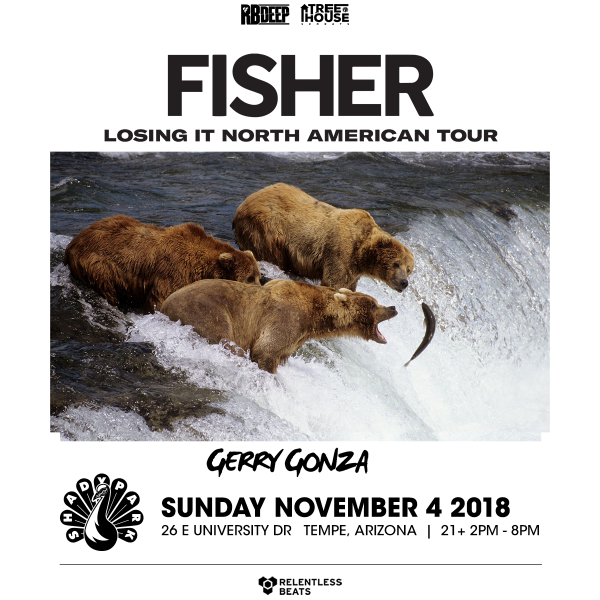 The year is 2012 and the world only knew of Paul Fisher, the erratic WQS (worlds qualifying series) surfer from Gold Coast Australia. Being a surfer down under is about as out of the ordinary as seeing a totem at main stage but Fisher was unlike the rest. He had garnered a large following and devoted fan club with his blog and video series called Fish Tales on followthefish.tv. In 2012 Paul Fisher and fellow mate Leigh “Sedz” Sedley, came together to create the wavy house duo Cut Snake. The duo undoubtedly found success, but as they say, the fish must explore new waters. Last year Paul Fisher, now just Fisher, went solo and has since proven swimming solo was the move. Before Fisher would even release a mere 2 songs, Dirybird swooped him from the Gold Coast waters and had him join the family. Just over a year ago he had his debut release with the label, “Ya Kidding,” and if you know anything about deep house, you know this song. Since, his released the chart-topping “Crowd Control” and the latest and greatest, “Losing it” which might very well be on every Spotify playlist at the moment. 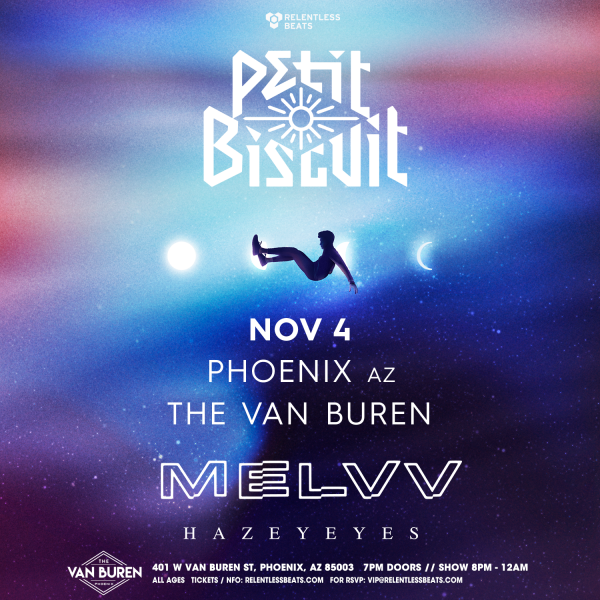 French DJ and producer Petit Biscuit may be only 18 years old, but he’s already established quite the name for himself in the electronic music circuit. Getting his start in musical training at the ripe age of 11, the artist learned to play the piano, guitar, and cello, to name just a few. He grew into club culture as a teen and expanded from there. His highly acclaimed debut album, Presence, released in November of last year, put him on the map as one of the best young talents on the scene and today, Petit Biscuit maintains his distinct signature sound – a blend of laid-back, hazy electronics and choppy, R&B vocals.