Halloweekend is upon us and our lineup is out of this world. Wednesday night Zhu brings Phase 2 of his Dune Tour to Phoenix, while Snails brings his Shell 2.0 to Tucson. Friday, Claude VonStroke takes on our Bluprint series and Grandtheft & Krane play our first show at the new Pretty Please Lounge! Saturday our annual Wicked Ball takes place at Talking Stick Resort with NERVO and Ummet Ozcan, and Snails makes a second appearance in Arizona at The Van Buren. Finally, we’ve got a very special set from Detlef b2b Latmun on Sunday at Shady Park. 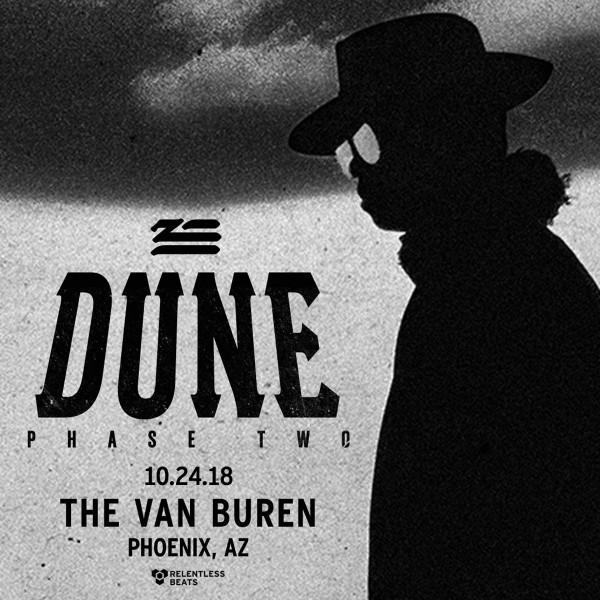 Since Steven Zhu started his musical journey in 2014 listeners have been craving his unique electronic house sound. He’s come a long way in these 4 years, releasing 3 EP’s, a full-length album, and numerous singles. The DJ and producer uses his own vocals on his tracks, and unlike some other artists in the industry looking to make the dancefloor go crazy, Zhu’s lyrics are packed with meaning and emotions. His somber downtempo beats have crowds fighting back tears while dancing the night away. This year he’s released two collections of music, RINGO’S DESERT PT. 1 and RINGO’S DESERT. Now he’s making his way across North America on tour. 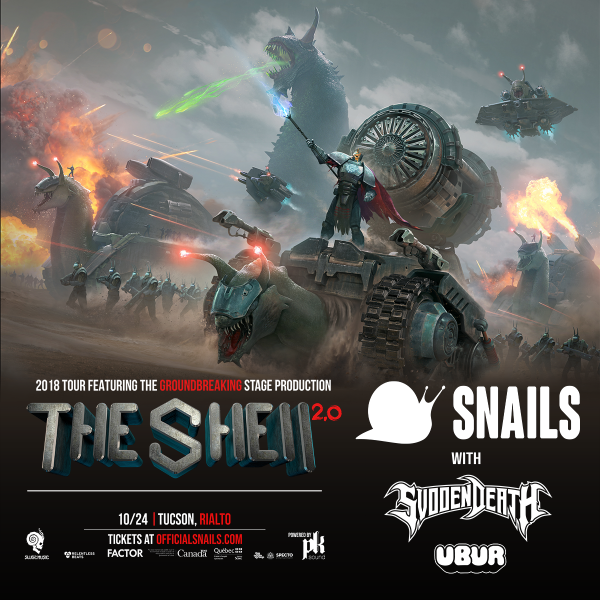 Following the release of The Shell in 2017 and the remix album earlier this year, Snails is currently on a 52 date tour. Known for his filthy bass sounds, often called “vomitstep,” Snails has been dominating the scene for year boasting performances across the globe including EDC, Lost Lands, Hard Summer and more. He’s also recently launched a label, Slugz Music. Snails now has a home for his music and for others’ that is as wild as they want it to be. Joining him this week will be heavyweights SVDDEN DEATH and UBUR, who are each climbing the ranks with their own gnarly tracks. 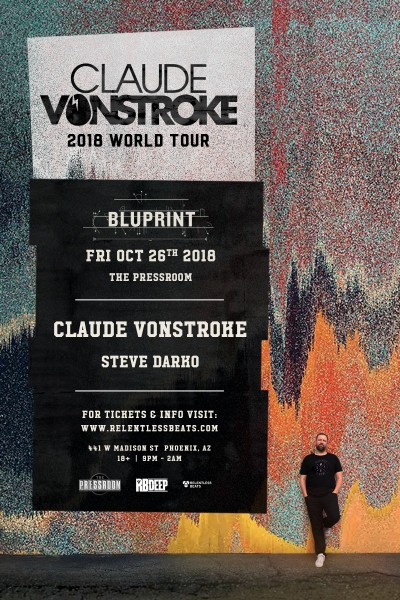 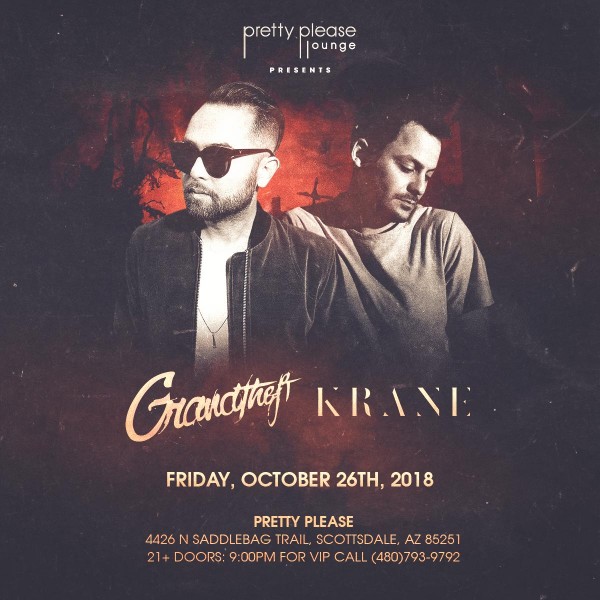 Grandtheft is a noted Producer/DJ based in Toronto, Canada. Establishing an eclectic, custom club sound by playing largely his own originals and remixes, Grandtheft has slayed clubs worldwide and is respected as one of the best live DJs Canada has to offer. The music he produces is varied beyond categorization, except to say that it seems to move people. Grandtheft’s music is spun nightly in club and radio sets worldwide and has garnered wide-reaching support from Pretty Lights to Hardwell, Skrillex to Annie Mac.

Oakland producer KRANE is known for his eclectic blend of hip-hop and electronic music to create original tracks that dip into both future bass and trap. The resulting beats are perfect for dancing to. He often releases ethereal, heavenly future bass creations laced with chill trap, forming something original and easy to vibe with. 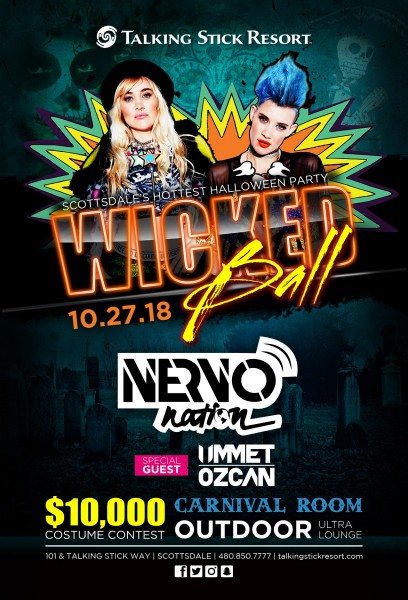 Headlining one of the hottest Halloween events in all of Arizona, Australian sister duo NERVO has racked up an impressive list of accomplishments since their origination back in 2008. They experienced quick success as songwriters, with their iconic Grammy Award winning single “When Love Takes Over.” They went on to write and produce hits for highly successful artists like Kylie Minogue, Ke$ha, The Pussycat Dolls, Afrojack, Steve Aoki, and Miley Cyrus. As if success behind the scenes wasn’t enough, the duo has been dubbed the world’s highest paid female DJs, having performed main stage slots at some of the world’s biggest festivals, including Tomorrowland, EDC, and Lollapalooza, and completed residencies at Omnia, Hakkasan, and Wet Republic in Las Vegas.

Joining them will be Ummet Ozcan. In an age where very few Artists break the mold and truly shine through as innovative artists, Dutch/Turkish star Ummet Ozcan is consistently reinventing dance music and raising the bar in every way. Ummet is known as well for his softsynth and soundbank design for well-established music software houses like Rob Papen and Acces Music. In between shows and studio jobs he is developing music software for the producers community that will pave the way for a fresh new musical experience. 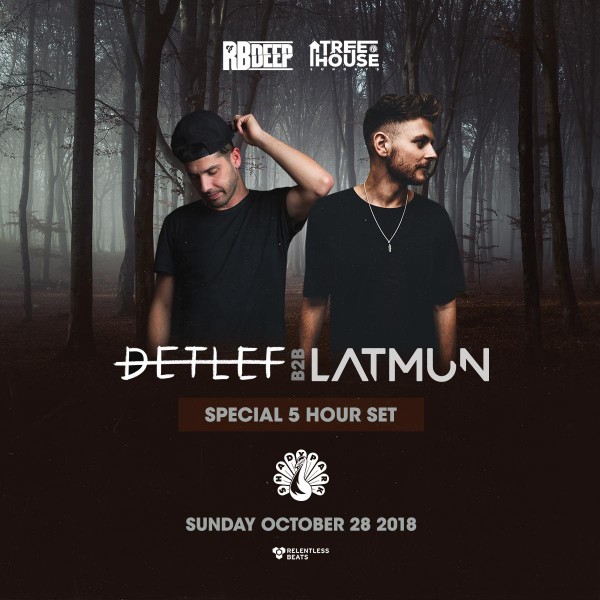 Greece born artist Alexander Georgiandis, or as audiences call him, Detlef, has become a force to be reckoned with in the underground European house scene. In 2010, Detlef came forward and brought Manika Panika EP. A three-track submarine that dives deep into the distorted and translucent side of European house music. In the following years, Detlef would go on to release over have a dozen EP’s and numerous singles on labels like Relief, Hot Creations, and Moon Harbour, all while gaining support from artists like Green Velvet and Armin Van Buuren.

Joe Bradley, who operates under the moniker Latmun, is a Tech House producer who is quietly taking the UK underground world by storm. 2016 is the year that truly launched his career, with multiple EP releases, all three of which broke into the top 10 on the Beatport Tech House list. First was his Def EP on VIVa, which received tremendous support from heavyweights like Claptone and Claude VonStroke, among many more. Next came the Dance & Bop EP on Wow! Recordings, which carried the momentum with similar success. Lastly, he released Cosmic, and the title track made it up to No. 5 in the top 100 chart, proving Latmun was one of the biggest breakthrough artists of 2016.