With summer coming to a close, it’s finally time to look back on this year’s festival season and reminisce. What better way to bring all those memories to surface than with a playlist. For fans of bass music, these ten tracks were likely part of the soundtrack of the summer. Stream it below and let the nostalgia flow.

This playlist features some newcomers into the limelight like SVDDEN DEATH, PEEKABOO, Subtronics, and TVBOOall of whom sky-rocketed into fame in part due to the tracks listed below. SVDDEN DEATH and Subtronics are both taking the riddim scene by storm. TVBOO continues to be a somewhat underground name, but the infectious bassline on “Wook Worm” is building his reputation. “Babatunde”—a PEEKABOO and G-Rex collab that we all know by now—may well be the most rinsed bass release of the summer, especially after it made it into an impressive number of sets at Lost Lands.

Riddim continued to have as strong presence in the bass scene this summer, but so did the ever-growing midtempo craze. “H E X” from REZZ’s sophomore LP, Certain Kind of Magic, features 1788-L, who has recently exploded into popularity within the midtempo community.

G Jones’ “Understanding the Possibility,” a single off his forthcoming debut album, stands in for the glitchier side of bass music on this playlist. His experimentation, alongside that of EPROM and Zeke Beats, left an impact on the sound of this summer. 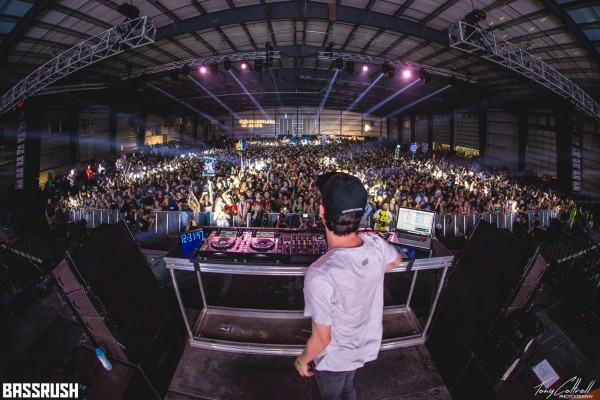 Of course, a bass playlist wouldn’t be complete without some drum and bass. Alix Perez’s minimalist tune, “BXL,” came out just in time to be qualified as a summer release. “BXL,” along with the rest of the Enchiridion EP, is notable in that it kicks off Perez’s new label, 1985 Music.

Summer saw the continuing growth of young records labels, like Liquid Stranger’s Wakaan and Zed’s Dead’s Deadbeats. The success that these labels have achieved in such a short time shows that they can play right alongside much older and established labels like Division Recordings and Mau5trap. One thing is clear after this summer: the bass scene is on the rise and it shows no sign of stopping.