This weekend is full of particularly exciting events. First, BFF is celebrating their five year anniversary with SHADED, then on Saturday Shlump gets funky on his HyperSpace tour in Tempe while legendary Scott Storch takes over the west side. Last but certainly not least, techno goddess Charlotte de Witte performs to a soldout crowd at Shady Park on Sunday. 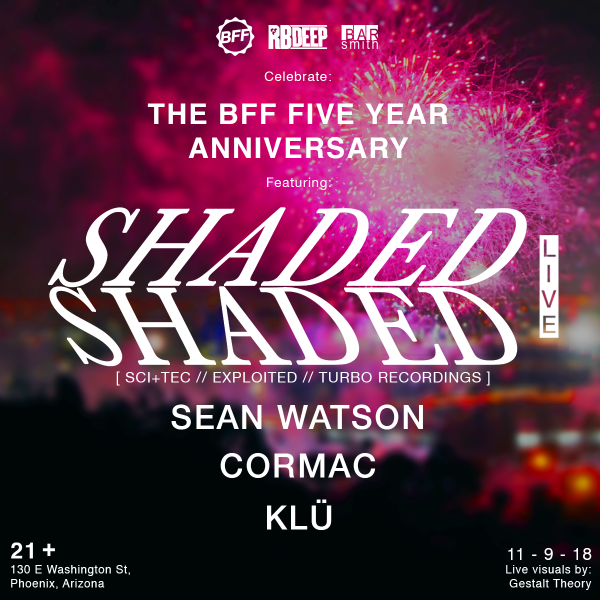 Within the techno house world lies an underground artist who has spent the last 13 years perfecting his funky, psychedelic sound. I’m speaking of course about SHADED, the Newport Beach-born DJ and producer who is now playing at some of the most celebrated electronic clubs and festivals in the world. SHADED got his start at an early age, thanks to his musician and classic rock producer of a father. Growing up on the beach, he developed a passion for surfing, which shines through in his minimal “surf” techno sound today. 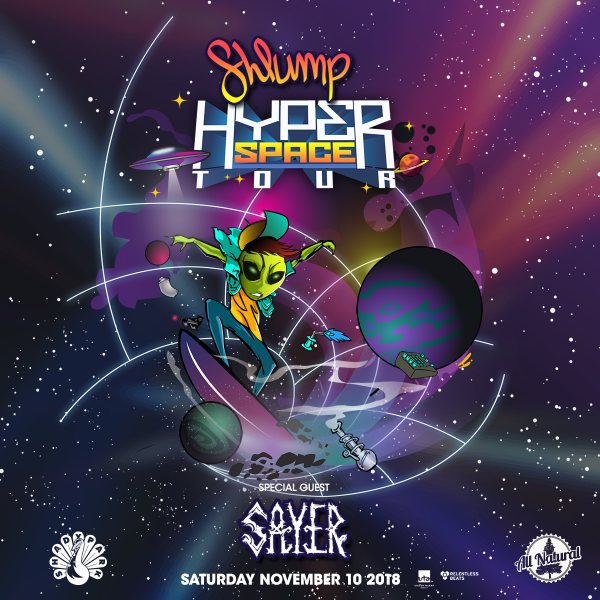 When we think of the resident extraterrestrials of the bass scene, Shlump comes in at the top of that long, weird roster. He has mastered that alien sound: strange lasers, wonky low-end beats, and totally unidentifiable noises. It’s hard to picture anything other than a tiny, green creature behind the decks. 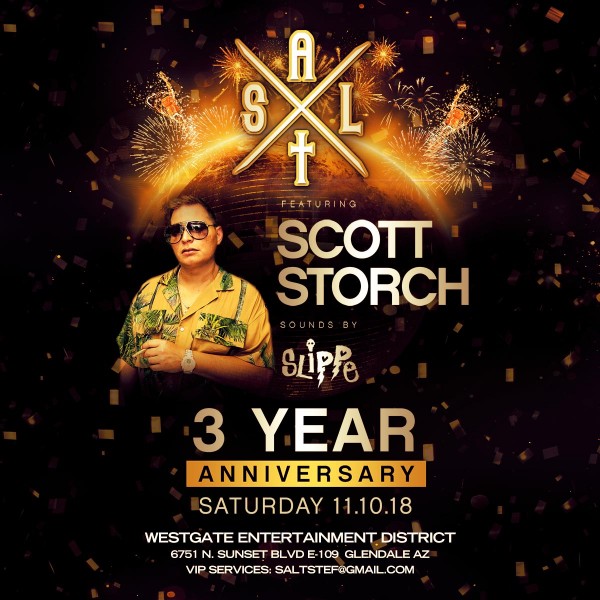 Scott Storch has had a long and wild ride over the course of his almost three-decade career. He started his journey in 1991 as a keyboard player for the hip-hop group The Roots, yes, the same band that appears daily on NBC’s Tonight Show With Jimmy Fallon. The keyboardist, record producer, and songwriter’s most popular commercial tracks are the popular hip-hop songs “Still D.R.E” by Dr. Dre, which gained a massive wave of popularity after being featured in Grand Theft Auto: San Andreas; and “You Got Me (feat. Erykah Badu and Eve).” Storch left the group in 1995 after his solo production career that he started in 1993 began to take off. During his solo career, Storch went on to become one of the biggest producers in the 90’s and early 2000’s. He proceeded to work with some of the biggest hip-hop artists like 50 Cent, Chris Brown, Trippie Redd, Russ, and DJ Khaled, just to name a few. He’s also released a handful of his own tracks and an endless amount of remixes. In 2006 Storch was awarded ASCAP’s Songwriter of the Year. Storch releases his music through his own label, Storch Music Company. He also owns his own music production company, Tuff Jew Productions. 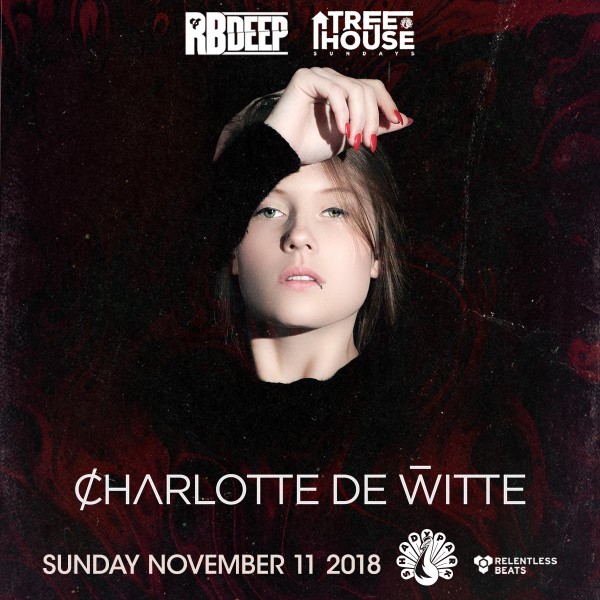 Charlotte de Witte is a fresh face in the techno industry, but that hasn’t stopped her from already playing some of the biggest stages around the world. She’s conquered Ultra Europe, EDC Las Vegas and many more. She’s still got a long year ahead of her too. In August, she took over England at one of their biggest festivals, Boomtown 2018, along with a ton of other festivals along the way.  Charlotte is artistic, cunning, empowering, and most importantly, she loves the music. There’s no denying that she is quickly on her way to being a staple in the techno community if she isn’t already.