If you love good music, we’ve got the perfect lineup in store. Ookay is bringing his Bad Habits tour to Phoenix with some very special guests, BONNIE X CLYDE and DNMO, to The Van Buren on Friday. Just minutes away in the heart of downtown, Quivver will take over the Bar Smith rooftop. Skip forward to Sunday and Weiss and Eli Brown  will be serving up an exclusive extended set that isn’t to be missed. 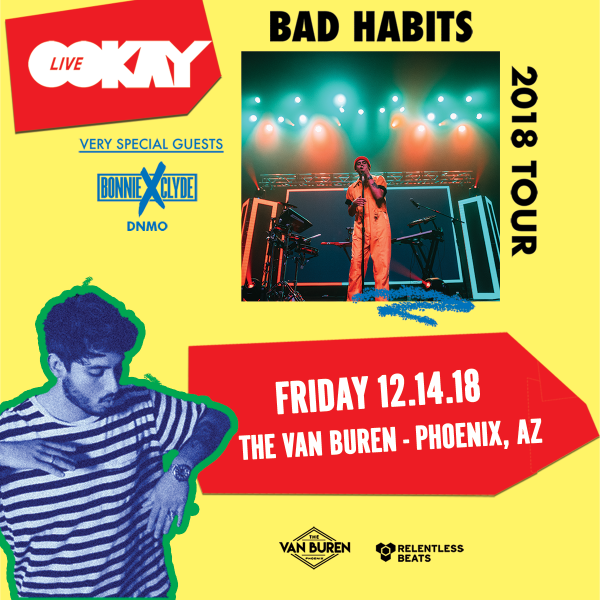 San-Diego based artist Ookay has garnered some serious attention since he first started producing back in his early 20s, thanks to his high-energy House music brand and his prolific output. He’s released two EPs and just dropped his first full-length album, Wow! Cool Album!, earlier this year, showcasing a throwback, 80’s synthed-out vibe. A master of diversity and versatility, Ookay has become a familiar name to dance music fans and tastemakers alike.

BONNIE X CLYDE has undoubtedly positioned themselves for a monumental year in 2018. Continuing to take over new markets, their fan base “The Rosegang” has grown exponentially worldwide. Spotify and Apple Music identified BONNIE X CLYDE as an act to look out for in 2018 and the duo has been featured in several premiere music playlists including Crate Diggers, Fresh Electronic, New Music Friday, Best of the Week & A-List Dance. BONNIE X CLYDE released their highly anticipated While We’re Young EP this July. 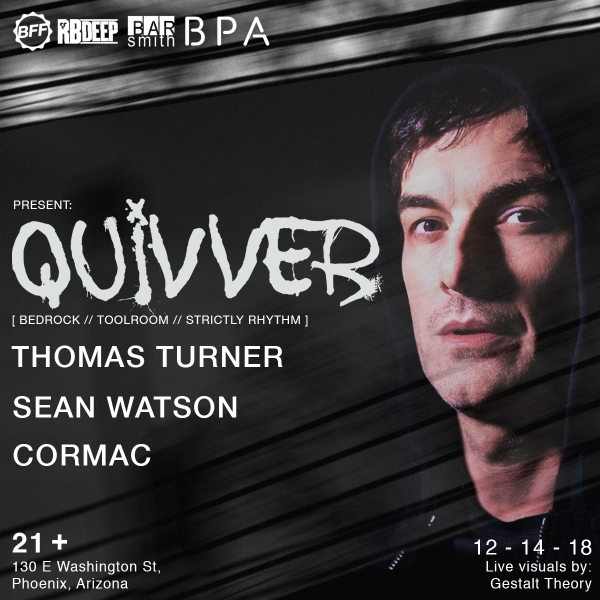 John Graham goes by many different aliases, Skanna, Stoneproof, Tilt, and Quivver. One of his most notable projects, Quivver, focusses on the progressive and ambient side of trance music. Graham has been producing under this alias since 2004, and has gone on to produce endless singles, EP’s, remixes and more. Whilst it’s impossible to ignore his past successes, the Brit chooses not to dwell on them. He launched ‘Controlled Substance’ late in 2017, as an output for his darker, more experimental productions and closed out the year as Beatport’s 4th highest-selling progressive artist. 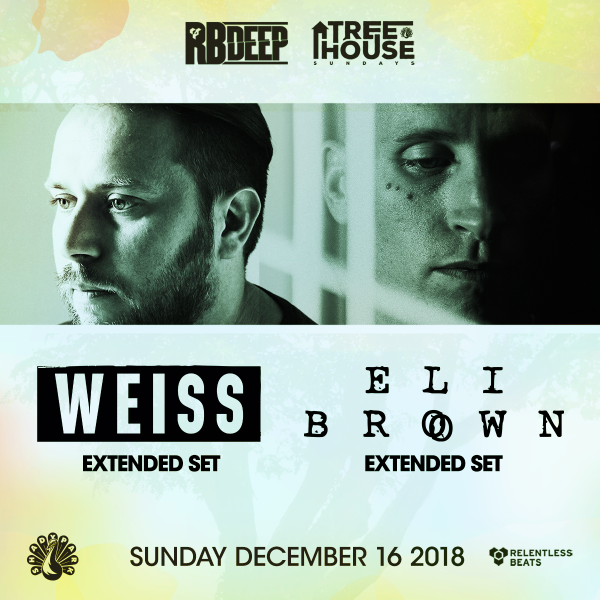 Hailing from across the pond, DJ and producer Weiss emerged onto the scene back in 2013 after a successful year with a hit single “My Sister” and countless gigs all over Europe. He has since received support from some of the most respected names in the industry including Green Velvet, Claude VonStroke, Gorgon City, and Claptone, among many more. A self-proclaimed ambassador for real House music, Weiss maintains an underground vibe in his production as well as his live sets, giving listeners a reliable source for authentic House music.

Eli Brown has rapidly established himself as an artist of real distinction in the house world, with his records making an immediate impact upon a flurry of the industry’s biggest names. Singled out for his gritty style, Eli’s productions perch on the lines of dark and light, creating twisted dancefloor pieces packed with a vibrant club-ready energy. Self-taught in both his skills behind the turntable and his powerful production prowess, Eli’s route to stardom was streamlined when Skream signed his Can You Feel It/Acid Test EP to his
‘Of Unsound Mind’ label.