The evolution of dance music has cultivated expressive sounds, seamless flows, and has captivated audiences all over. As technology advances, artists in the dance music scene are challenged with ways they can continuously emerge as musical geniuses. How can one use their profound talents to encapsulate attendees far beyond the decks? Eric Prydz is, undoubtedly, and notoriously known for his prolific tunes and mystic beats. He has redefined the electric atmosphere by not only startling audiences with unanticipated sets but has surpassed the expectations of viewers worldwide. Prydz placed a whole new meaning to the term “experience” by identifying key elements of a production and multiplying them to a new level.

Eric Prydz has revolutionized and rebranded his production by originating a performance known as ‘HOLO’ that takes attendees on a whirlwind adventure that teases the mind with playful, jaw-dropping presentations. Prydz’s infatuation with lights and holograms, specifically since establishing his 4.0 iteration, has meticulously grown into a multi-sensory experience that wows an audience from start to finish. There is a comprehensive understanding of both visionary and auditory appeal; his attention to detail is what synonymously coincides with the passion he has for this undertaking of a project. Prydz previewed his first holo tour in 2018 in three major cities in the UK. Since then, it is evident he has been tediously working behind the curtains to maximize the futuristic tron vibes for the present year. 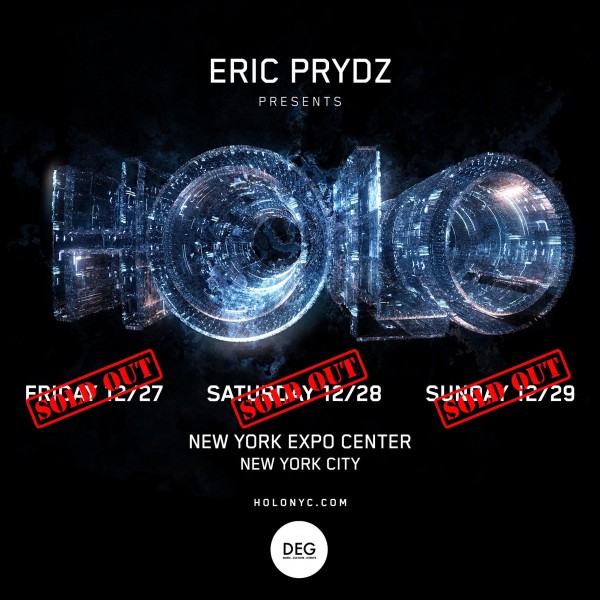 Recently, Prydz shocked listeners when he revealed the location of his next stop on his HOLO Tour–the city that never sleeps, New York City. HOLO performances are limited throughout the year due to how expansive this project is. The NYC show will encompass unique configurations that correlate with site-specific programming that will likely repeat itself. The dates sold out in just hours, further proving his innovative concept. Connect with Eric Prydz on the following socials to be up to date with his latest and greatest tours and projects.