RB Exclusive Interview: Ekali on His Debut Album ‘A World Away’

Ekali, born Nathan Shaw, released his debut album A World Away last week to much praise. Though this is his first full-length album, he’s seen success for many years already. He started making music in 2014 and he’s gone on to receive over twenty million streams, sell out headlining tours, and recently received a double-platinum plaque for his contributions to Drake’s “If You’re Reading This It’s Too Late.” His unique sound has earned him a loyal following worldwide, and cemented him as one of electronic music’s most promising artists. We had the chance to speak with Ekali before his upcoming tour stop in Phoenix. 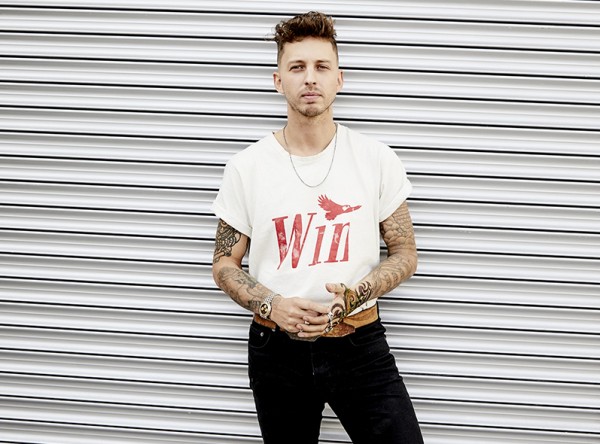 You just announced your debut album ‘A World Away’ last month and now it’s here. What has the process been like?
It took me a full year to finish this project; it’s honestly such a weight off my shoulders to have the album out into the world for people to listen to and digest.

This is your debut album but you’ve been making hits for years already. What made now the right time to release this project?
The last 2 years of my life have been very transitory; I’ve moved to LA, now have a fiancée, and have been traveling, experiencing and living life more fully than ever. It’s always been a dream of mine to release a full length. This just seemed like the right moment in my life to do it.

8 of the 12 songs on A World Away are collaborations or features. How did you choose who to work with on this album?
I basically just worked with everyone who’s music I’ve loved for a long time.. threw everything against the wall and saw what stuck. The songs on the album are the ones that I liked most from that process.

Your accompanying tour is just a couple weeks away now. How are you feeling getting ready to head out on the road? What are you most excited for?
I’m SO excited. What I’m most looking forward to is meeting all the fans and presenting this project in show-form, in a bigger way than I’ve ever done before.

While we’re all really excited about the debut album, we also want to know about your side project with rumors of an album. What can you tell us?

On top of “A World Away”, the solo album I have a side project album almost done as well for 2020.

I have a bunch of stuff in the works for another project.. It’s a very different sound than what I’ve put out as Ekali. That’s kinda all I can say on it at the moment.

You clearly came into 2020 swinging! What do you plan to do with all this momentum now?
Show the world this tour; continue to make records throughout 2020 and just take the whole experience to another level.

You’re stopping in Phoenix in just over a month. What can fans expect from your biggest tour to date?
Bigger production than I’ve ever brought before; a more immersive set experience based around the album and some amazing opening sets from some of my favorite musicians.

Don’t miss Ekali’s biggest tour to date at The Van Buren on on February 22nd.  He’s bringing Gravez and Juelz along for the ride, so it’s sure to be wild. Grab your ticket here!