The Mystery of Gesaffelstein That Keeps Us Coming Back

In 2015, after releasing three albums and nearly 30 songs, French producer Gesaffelstein unexpectedly went on hiatus. The mysterious dark techno and electro prodigy vanished and many believed he would never return. With a release on OWSLA that peaked at #16 in the U.S. dance charts, production credits on Kanye West’s iconic album, Yeezus, and a rapidly growing fan base, there appeared to be no reason for Gesaffelstein’s disappearance. He released what he wanted, and walked away.

Then, out of nowhere, two billboards were found in Paris and New York City in late 2018. The billboards simply had the word “Gesaffelstein” written in gold, glowing font and an ominous black background to match his dark style. The electronic music community interpreted it in many ways, but one thing was certain: Gesaffelstein had finally returned. In April 2019, Gesaffelstein unexpectedly dropped “Blast Off” featuring Pharrell Williams and it was announced that this was going to be the lead single off his second studio album. The world was ready for his return, but what they weren’t ready for was one of the most unique electronic albums of the decade. 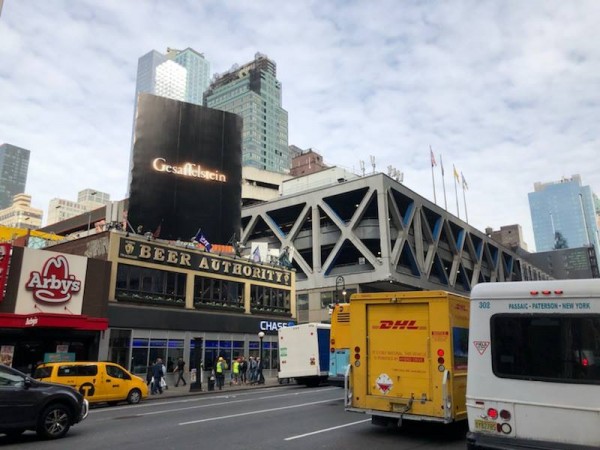 Four years in the making, Gesaffelstein finally released Hyperion on March 8, 2019. The all black album art combined with his unexpected return matched the album’s dark, soft-industrial style. Each song on Hyperion is a masterpiece and “Lost in the Fire” featuring The Weeknd and “So Bad” featuring Haim became commercially successful hits with over 138 million combined streams on Spotify. While the album received mixed reviews from critics, fans loved this new chapter from Gesaffelstein and it became an instant classic. But he wasn’t finished.

Eight months after Hyperion’s debut, Gesaffelstein releases an unannounced EP, Novo Sonic System. This EP was a tribute to his older style of music with songs like “Doom” sounding just similar enough to his hit song, “Pursuit” from his first album and “Orck” resembling “Hatred” from his third EP released in 2011. While any other artist might not have gotten away with repeating similar styles of songs, Gesaffelstein was able to add just enough variation to make the EP compelling and unique. Critics loved the “old school” techno sound with Gesaffelstein’s signature dark, modern twist and the originality in Novo Sonic System attracted new fans.

The impact Gesaffelstein has left on electronic music is unmatched. His industrial, gritty sound can be found in the subgenre known as midtempo, popularized by artists like Rezz, 1788-L, and Blanke. He inspired a generation with his dark techno and continues to amaze the music community with his distinctive sound. He is easily one of the most accomplished producers around and continues to amaze us with each new release. While we don’t know what the future holds for Gesaffelstein, one thing is certain: his music continues to inspire the next generation of electronic music.
Connect with Gesaffelstein: Facebook | Soundcloud