Tommy Trash has a career spanning over a decade, but has recently gone a journey of self-discovery that’s motivated him to rebrand. After spending three years in Costa Rica on three-year ayahuasca-led sabbatical, he’s returned with a new label, Milky Wave, a new track, and now a new tour, Jaguwawa, his first in over three years! 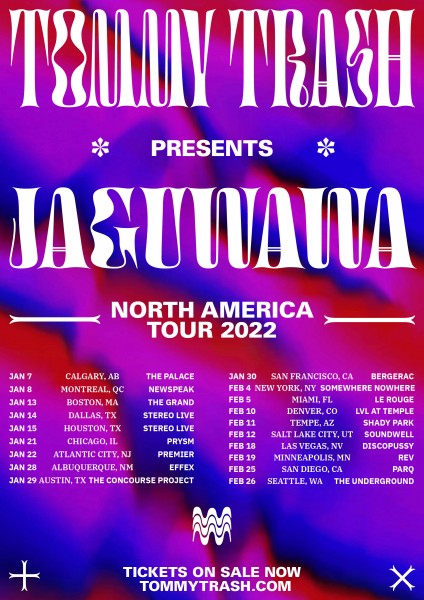 “I’ve wanted to launch a label for a long time but I was waiting for the perfect record to do it with… ‘Satisfy’ is the very first release from my new imprint, Milky Wave, and it feels like a good taste of what’s to come. I’ve been on such a huge journey these past few years, both personally and in my career, and I’ve been rediscovering a lot of great house music along the way. This record really captures everything I love about house. It’s a bona fide club jam and the sort of music I’m excited about putting out on Milky Wave. Hope you dig it.”

Milky Wave is the culmination of Tommy’s many years in the game and his vision for moving forward. Serving as a new exciting home for out-of-the-box sounds, new artists, and house music that surprises and excites, Milky Wave is the freshest new label on the scene.

Catch the new Tommy Trash on tour this winter. Grab tickets to see him at Shady Park on February 11th, 2021! Grab tickets here.