What You Missed at Escape Halloween 2021

Last weekend, Escape Halloween took over the NOS Events Center in San Bernardino, CA for their annual Halloween-themed music festival. For two days, the event center was transformed into a spooky revelry filled with thousands in costumes, carnival rides, cabaret performers, magicians, a silent disco, interactive experiences, and of course impeccable live sets from some of the top artists in EDM.

If you didn’t get a chance to attend in person this year, read on for a festival recap!

Day One saw artists like Loud Luxury, The Chainsmokers, and Eric Prydz on the event’s main stage, The Resurgent Grimm, a favorite stage design featuring an enormous skeleton with arms that elevate off and on throughout the night. 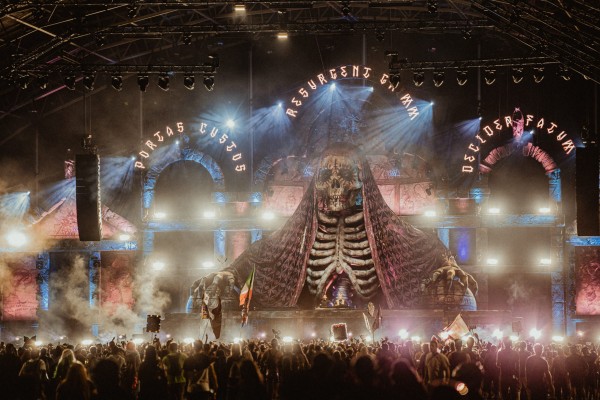 At the Psycho Circus stage, we saw a Bassrush takeover day one, as artists like Sullivan King, Ganja White Night, and Zomboy melted the brains of festival-goers with their dark, low-frequency vibrations.

Hardstyle fans were at home Day One at the Sanitarium, as the Basscon takeover presented favorites like Lady Faith, Bioweapon, and Gammer HD.

The Sewer District was hosted by Factory 93 Friday night, and displayed some of the best house and techno artists, including Green Velvet, Will Clarke, and an iconic b2b set between Loco Dice and Nicole Moudaber. Designed as a maze-like graffitied shipping container, this stage gave “underground” vibes a whole new meaning, as festival-goers were transported into what felt like a grimy, downtown, sewer manhole, but in the best way possible.

The Resurgent Grimm popped off on day two, with Vintage Culture bringing his Brazilian house vibes, DJ Diesel pumping up the energy, and Zedd feeding the crowd his catchy pop hits all night long.

Hosted by Audiotistic on Day Two, Psycho Circus hosted a range of artists, including Dabin, Ekali, Mersiv, and Jauz, all bringing a different energy to keep the crowd dancing all night long.

The Sanitarium hosted a bevy of house favorites on Day Two, including VNSSA, Lucati, and Sonny Fodera. Tchami closed out the night with an hour and a half set of pure future house delights.

Once again, the Sewer District kept true to its underground vibes with Factory 93 hosting techno artists like Cirez D, Ida Engberg, and Adam Beyer. The energy here was palpable, as pyrotechnics and performers enhanced the experience for all. 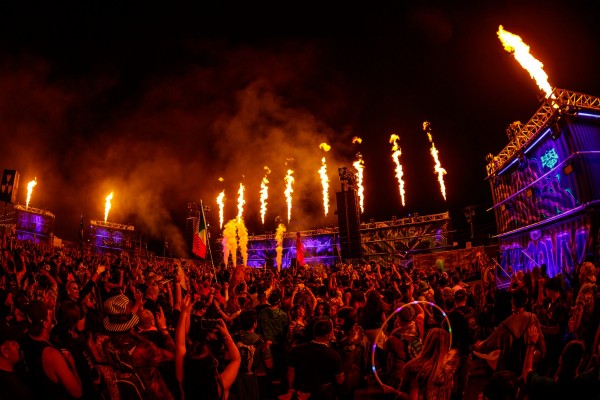 On top of the bone-chilling sets all weekend long, Escape had plenty more to offer. Festival-goers could head to Crazy Town to hear a DJ spinning beats and watch the show at the flaming cathedral, sit at the gargoyle fountain, or partake in the silent disco. The Butcher, designed as a freezer full of hanging carcasses and dead human meat, hosted another live DJ for a spookier experience.

The Poison Ivy Bar featured 360-degree neon paint and black lights, as creepy nurses who didn’t break character all night, handed out 3D diffraction glasses to all those who dared to enter. A neon green man-eating plant towered in the center of the room and the bar offered several of the themed cocktails present throughout the weekend.

In addition to Crazy Town, festival attendees could venture over to the Psycho Circus-themed area, which offered a brief respite from the chaos that ensues on the festival grounds. The circus tent hosted cabaret acts and freak shows all weekend long, while the surrounding outside area was inhabited by mystics performing tarot readings, palm readings, and fortune telling. 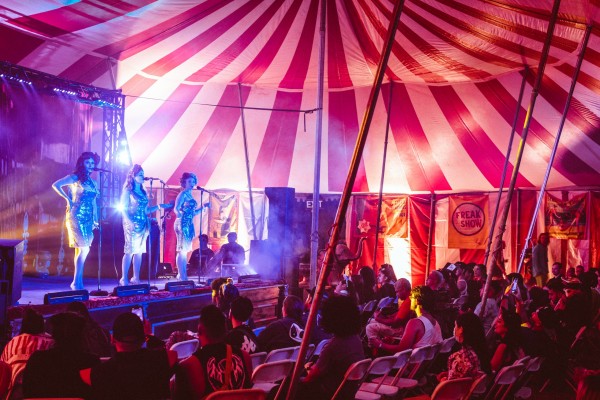 Escape Halloween is always a fun time, and after taking an unexpected year off, Insomiac brought the event back in full force. Until next time!