Boris Brejcha is an exceptional talent well established in the electronic realm. He’s been developing his unique style of techno for over a decade, acquiring a dedicated global fanbase in the process. Following the release of his 10th studio album late last year, Boris Brejcha is set to have an incredible 2022. Next up, Body Language Music Festival!

We had the chance to speak with Brejcha ahead of his upcoming performance. Check it out below. 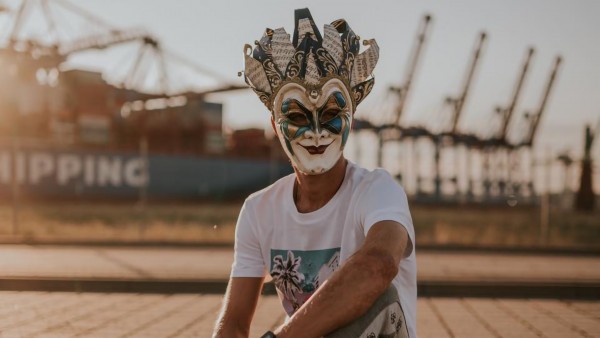 You recently shared your tenth album, Never Stop Dancing. I know much of it was produced during COVID quarantines, so how has it been playing the songs out on tour finally?

That’s always a great feeling to play new songs on stage. This time it was especially extraordinary because the songs were written in Lockdown. My first big party after the long break was a giant venue in Poland. That was just incredible. I couldn’t believe that it was real. I felt like I had been transported back in time. Indescribable!

Having a career that spans almost two decades, what have been the biggest changes from your debut album to this milestone tenth album?

I think I have continued to develop as an artist. More away from trance and have rather found my own style. In the meantime you can always recognize my songs well. I love that. Also, I would say that I dare to do more things musically….

You’ve mentioned that your albums don’t have themes, but that they’re more so a collection of tracks you like at the time. Do you think this mindset has contributed to your huge number of releases over the years?

This can be, but another reason is definitely that I have become more self-confident and have never been such a thinker. I always prefer to do things simply and I like that too. The tracks should be fun and invite you to dance. There is no need for a scheme behind it.

Your tracks are typically much longer than what we see from most US-based artists. What’s more appealing about a 7, 8, or even 9-minute track than a shorter track?

I think that such long tracks are just cool, so that they can completely unfold in length. In the club, such long songs also just make sense, with transition and so on. But I also put a lot of emphasis on releasing some radio edits, so that people can listen to the songs outside of the club. Outside of a party, hardly anyone wants to hear such long songs in one piece. That’s why short versions are very important! 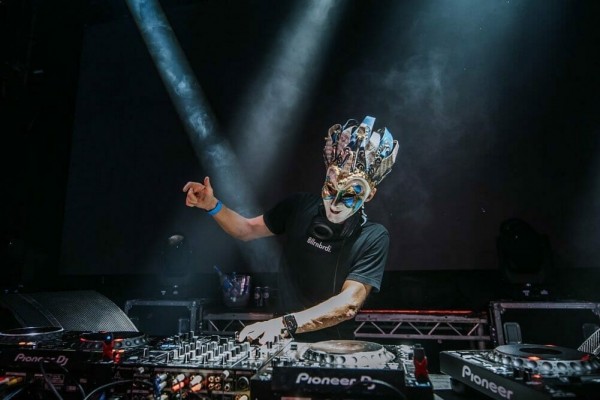 You’re the master of High-Tech Minimal. How would you describe your sounds to someone who is new to your music?

High-Tech-Minimal is electronic music that is not bound to any fixed genre. It has elements of everything and always sounds different. Just the way I like it. 🙂

Body Language Music Festival will mark your first appearance in Arizona! What are you most excited for, and what should fans expect from a Boris Brejcha set?

I’m always excited to explore new regions and meet new fans. Everyone who comes can look forward to a great evening with good music, drinks and friends. A few hours in which you can just forget everything and dance a lot!

Beyond Body Language in March, what else are you looking forward to in 2022?

I’m looking forward to a great summer with lots of big festivals that I haven’t played before. Something like Ultra Music Festival, EDC Las Vegas or many others. 2022 will be Fckng Serious!!! 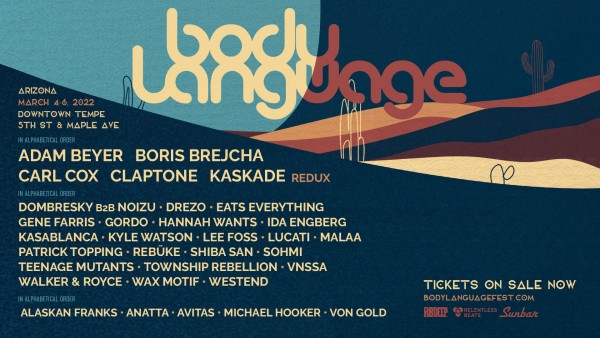 Be sure to catch Boris Brejcha at Body Language next weekend, March 4-6, alongside Kaskade, Carl Cox, Adam Beyer, Claptone and more! See the full lineup and grab tickets here.