Singer, songwriter, multi-instrumentalist, producer and remixer are just a few ways we can describe the masterful artist that is Fred Gibson. Also known as FRED or as his latest project Fred again.., this British beat master has created and worked with industry giants like Swedish House Mafia, The xx, Eminem, BTS, and many more. Up until recently, Fred again.. had spent most of his career behind the curtain and in the studio helping produce hit albums like Eminem’s Music To Be Murdered To, Swedish House Mafia’s Paradise Again, and Ellie Goulding’s Delirium, to name a few of his substantial contributions. 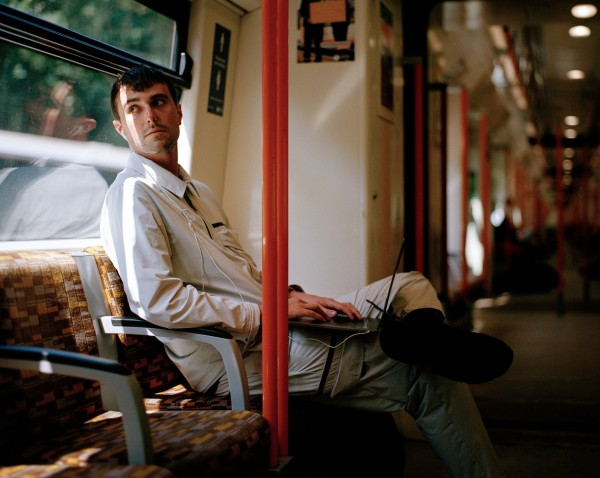 In 2019, Fred co-wrote and produced three tracks from British rapper Stormzy’s album Heavy Is The Head, including the number one hit “Own It” featuring Ed Sheeran and Burna Boy. Fred has regularly collaborated with Ed Sheeran, co-writing and producing some of Sheeran’s latest hits like “Bad Habits” and “Beautiful People”. These collaborations gained Fred again.. a solid top spot on the 2019 charts for 14 weeks.

In 2020, Fred again.. released his debut album GANG in collaboration with British rapper Headie One. This 8-track release holds features from Jamie xx, FKA Twigs and Sampha. Just after the release of GANG, Fred again.. shared his Actual Life (April 14 – December 17 2020) LP. Throughout the LP, Fred again.. samples inspirational online videos he has collected over time to create the voice of each track accompanied by his skillful beat making. Using just his iPhone and laptop to invent these, Actual Life shares a meaningful impact to the entire world in a time where we needed it most.

After the 17-track Actual Life (April 14 – December 17 2020) Fred again.. released the next addiction to the LP anthology, Actual Life 2 (February 2 – October 14 2021). Both of these albums can be seen as a sort of diary or chapter book, telling a new story with each new song. Each track holds a powerful message and showcases how much of an experimental genius Fred again.. truly is.

The release of these two substantial LPs led Fred again.. to become the youngest-ever winner of the BRITs’ Producer of the Year award in 2020! Fred again.. was also 1 of 5 nominated for Best Dance Act at this year’s 2022 BRITs. This super-producer has now started to take stage at festivals like Electric Forest, Coachella, Porter Robinson’s Second Sky, and is set to tour this fall. His kaleidoscopic sets are filled with raw emotion and sincerity. You feel love and reflection growing all around you as he wholesomely plays out each of his inspirational tunes.

Although it seems Fred again.. has already had quite the career, this is only the beginning. Fred again.. is a true visionary and the way he uses his music to express feeling and real life events is something we need more of. This is the type of music that heals. This is the future. This is Fred again..