Relentless Beats presents Bro Safari on Saturday, May 3 2014 at Monarch Theatre in downtown Phoenix.   This is an 18+ show.

Contrary to popular belief, dance music isn’t new to America. One would only have to look at the career of Bro Safari to know that the American dance music scene has been thriving for years, making waves from the States to across the globe. Bro Safari’s productions have excited crowds and been critically acclaimed by the best in the business, and there’s nowhere to go but up for this talented producer.

RSVP to the event on Facebook and buy tickets with the links above. For reservations information, email vip@relentlessbeats.com.   Join our text list by filling out the form in the upper right of this page or texting RB VIP to 88202. 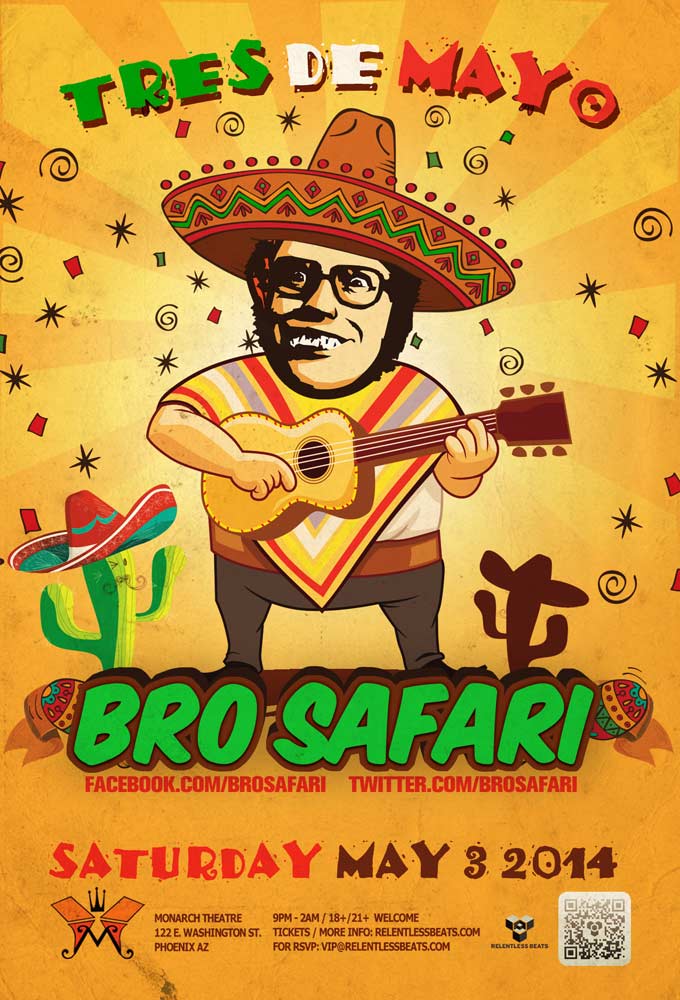