Plan head! Book with our exclusive hotel partner before 2/13 and save! Room rates are limited and room reservations are on a first-come, first-serve basis.

Grandtheft is a Producer/DJ based in Toronto, Canada. Establishing a eclectic, custom club sound by playing largely his own originals and remixes, Grandtheft has slayed clubs worldwide and is respected as one of the best live DJs Canada has to offer. The music he produces is … Read More

VOLAC is a Russian electronic duo. Volac shows their unique style in cartoon comics, which present each podcast called 'VOLACAST'. Heroes of the comics are very similar to the guys in real life - they have the same style, habits, characters and love to have … Read More 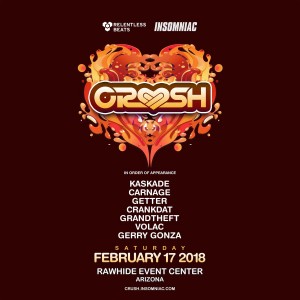