An innovator. A tastemaker. A true legend. A record collector at heart, his sound combines the spirit of 70s Disco and Funk with driving House and Techno. With his label, InStereo Recordings, Dan continues to push boundaries and influence the future of dance music as well as to inspire countless DJs and producers.  Born and raised on the West Coast, Dan was entrenched in music from an early age. In the late 80s, as the rave scene was blossoming, he began his career playing small clubs in Seattle. By the early 90s, Dan made his way to LA and was the center of an exploding underground revolution. But it was in 1993, in San Francisco, that Dan instigated the formation of the legendary Funky Techno Tribe. This time period marked the beginning of a burgeoning breakbeat genre that brought together house, dub and techno. Dan’s sound became known as ‘West Coast House.’ With his cuttingedge ideas for promotion, he implemented what is now an electronic music mainstay the recording and distribution of mix tapes. His ear for new talent also brought a virtually unknown duo to the United States for one of their first shows. Now one of the biggest acts in EDM, Daft Punk tore up the FTT crowd!

RSVP to the event on Facebook and buy tickets with the links above. For reservations information, email vip@relentlessbeats.com.   Join our text list by filling out the form in the upper right of this page or texting RB VIP to 88202. 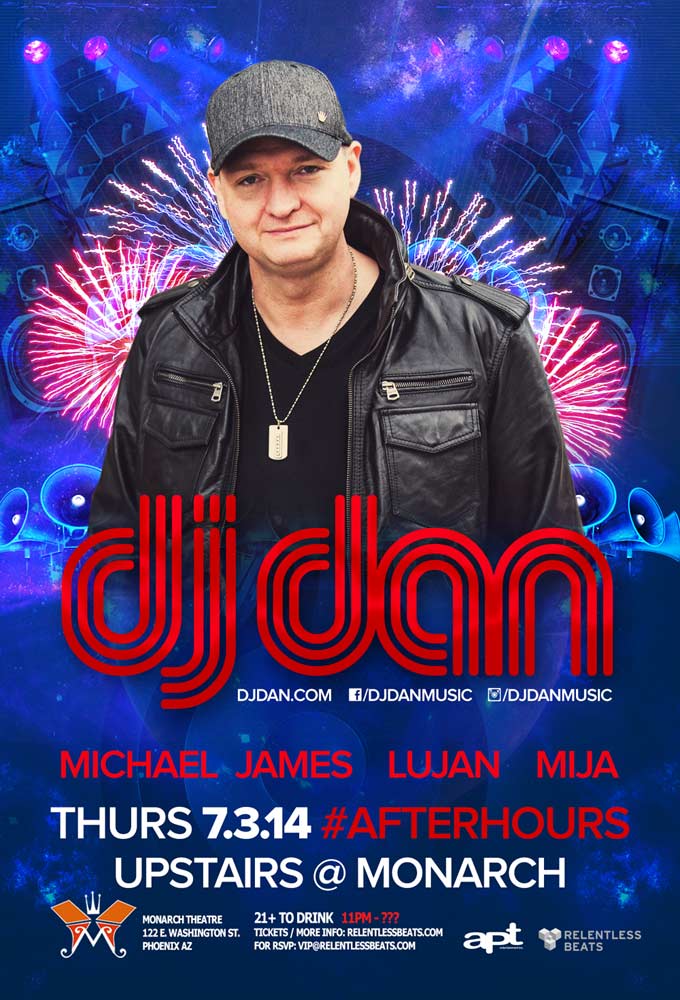