Vancouver native Felix Cartal has accomplished a lot in the last few years. A relentless touring schedule and tireless work ethic have led to his continued rise as one of the dance world’s premier producers.  First noticed by MSTRKRFT and Steve Aoki for his big room party songs, his records quickly gained popularity and have been used in sets by Diplo, Laidback Luke, Hardwell, Congorock and more.  He has performed on the stages of EDC, Electric Zoo, and Tomorrowland, as well as clubs around the world.  Read more…

INTL is a boutique nightclub that was conceived through years of travel across the world. International brings Scottsdale the best party experiences and culture from every corner of the globe. We feature state of the art sound and visual effects with premier bottle service, mixology, and live entertainment. Visit INTL online.

RSVP to the event on Facebook and buy tickets with the links above. For reservations information, email vip@relentlessbeats.com. Learn more about Felix Cartal.  Join our text list by filling out the form in the upper right of this page or texting RB VIP to 88202.

Felix Cartal is a Canadian electronic producer who creates melodic, energetic tracks aimed squarely at the dancefloor, but he also has a sentimental side, as evidenced by many melodramatic songs he's recorded with female vocalists. Cartal fuses his songwriting and production roots with his love … Read More 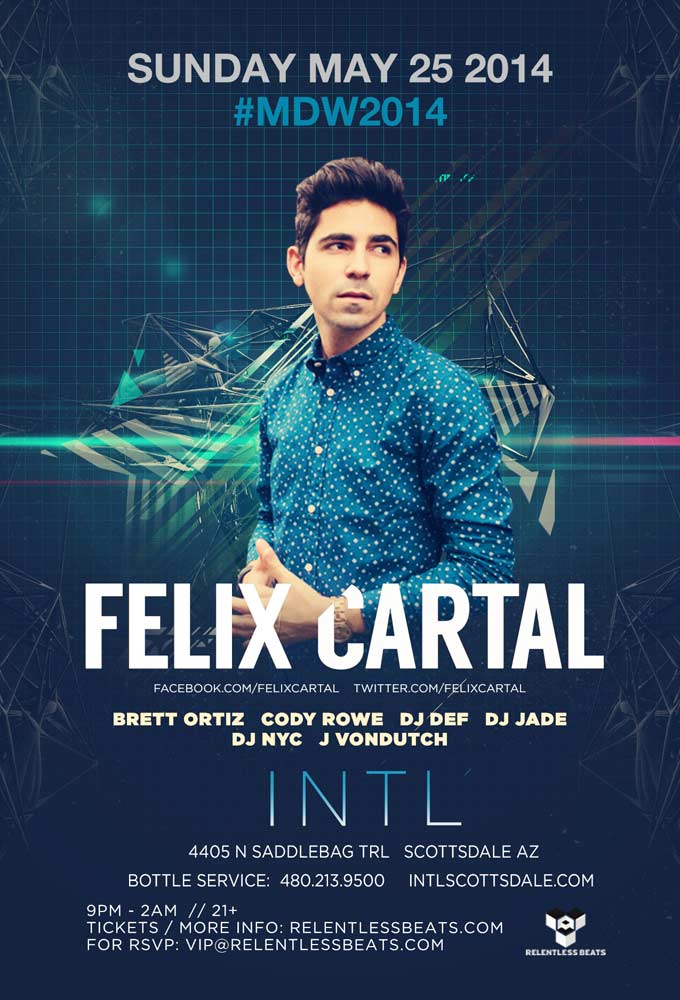