RSVP to the event on Facebook and buy tickets with the links above. For reservations information, email vip@relentlessbeats.com. Learn more about Bare, Ookay, & Tittsworth. Join our text list by filling out the form in the upper right of this page or texting RB VIP to 88202.

For Los Angeles bassline technician BARE, aka Sean Rodela, 2010 will be fondly remembered as the year his twisted face melting sickness exploded into a worldwide epidemic. Taking the dubstep scene by storm with his staggering studio output and electrifying live performances, there is no … Read More

With a huge explosion onto the electronic dance music market, young , San Diego-based producer, Ookay (pronounced “Okay”) left a permanent mark in dance music in 2013. With a rapid growing fan base and comedic twitter persona, Ookay has proven himself to be one of … Read More

Whether deck or dinner plate, Jesse Tittsworth's insatiable hunger questionably devours whatever is put in front of him. His food preferences veer past strange: his favorite meal is live octopus. His appetite was just as fierce in 2004, when the Chinese-American carnivore from Washington D.C. … Read More 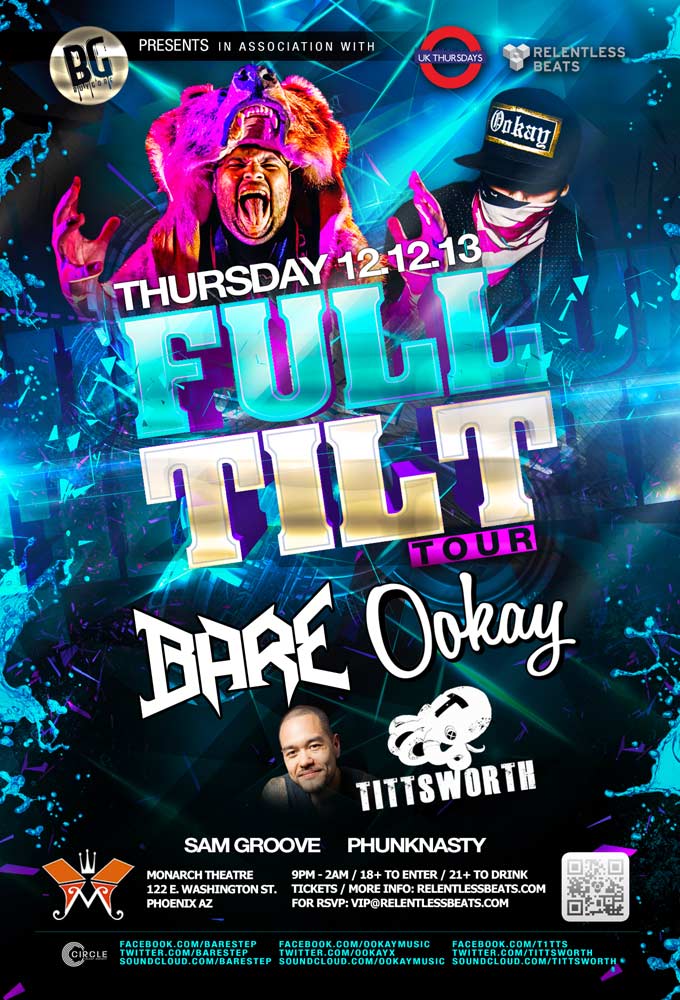