To his friends and family, he goes by Grant Kwiecinski, the 28-year-old kid from north Detroit who grew up on a healthy diet of American funk, golden-age hip-hop, and dance music. To the rest of the world, his name is GRiZ, the Denver-based multifaceted artist … Read More

An artist's second album is career-defining. The first full-length project serves as an introduction -- and, if an artist can deliver on their vision, as Los Angeles-based RL Grime did with hisfirst album, VOID, in 2014 -- it is well-received and critically acclaimed. The sophomore … Read More

Hello, world: Rusko kindly requests that you wake the f*** up. The Leeds-born DJ/producer who ascended with the original U.K. dubstep movement – and gave it one of its first and most enduring anthems, a bolt of foul-mouthed rave lightening called “Cockney Thug” – is here … Read More

Flosstradamus spent the last 8 years breaking new sounds around the globe and becoming club kings in the process. But how do they keep doing it? J2K and Autobot’s knack for flipping your favorite tracks in unexpected new ways (from their earliest DJ blends to high-energy hybrids … Read More

Jantsen is no stranger when it comes to electronic music. This Boulder, Colorado native has been fully immersed into the dance music scene for over 15 years with his passion later blossoming into DJing and producing. Over the years Jantsen has established a strong presence … Read More 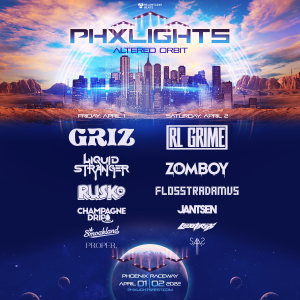