Get ready for another installment of RB Deep, this time featuring Tech House legend Satoshi Tomiie. Satoshi was fascinated with the Chicago warehouse scene in the ’80s and published his first hit Tears in ’89. Since then Satoshi went on to publish his first solo album in the early ’00s titled Full Lick and broke into DJ Mag’s Top 100 list at number 30 in 2001. Today Satoshi spends a lot of time between Asia, Europe, South America and the US.

There will be no cover at Dollhouse, but its first come first serve with a capacity of 120.  Those who purchase tickets will be guaranteed entry as well as a free drink ticket good before 11pm.

Expect a killer performance from Satoshi at Dollhouse in Old Town Scottsdale. We’re excited to hear some his latest tracks and bring another installment of RB Depp to the valley.

Dollhouse is a sleek and sophisticated house music venue in the heart of Old Town Scottsdale that recently opened in October 2011 after an extensive remodel to the site formerly occupied by the Crown Room, a long-time fixture in the Arizona club scene. With a laid-back ultra lounge feel complemented by top DJ talent and a delicious lineup of original specialty cocktails, Dollhouse offers the perfect atmosphere to unwind and have a good time.

Satoshi's music career began at an early age when his parents encouraged him to study the piano. He trained for an admirable ten years, developing a distinct passion for Jazz. Soon after the sound of Hip Hop provoked him to start his foray into DJ'ing … Read More 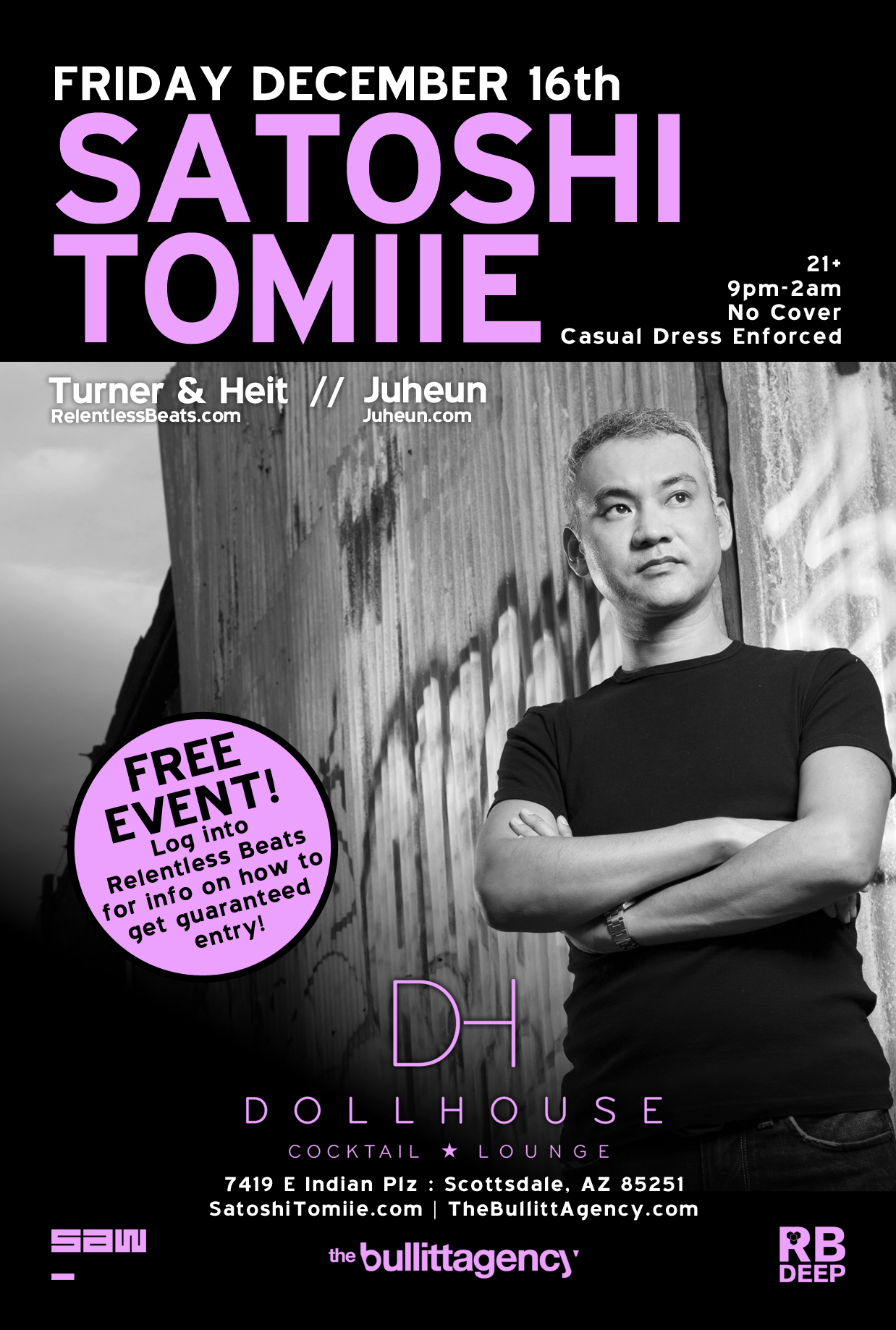