Relentless Beats and UK Thursdays present ROKSONIX at Monarch Theatre in Downtown Phoenix on Thursday, May 2, 2013. Experience BASS on 30,000 watts of PK Sound! This is an 18+ show.

Guy and Phil were both surrounded by music from a young age, growing up and playing in bands together during their early teens. Interested in hip hop and jungle they started attending events like Slammin’ Vinyl and Helter Skelter at the Sanctuary in Milton Keynes. With new influential drum and bass DJs emerging, like Andy C and Mampi Swift, the guys knew they wanted to be involved in the rave scene, and both became vinyl junkies, mixing drum and bass every spare second they had. Read More…

Roksonix In The Studio – Dogfight

RSVP to the event on Facebook and buy tickets with the links above. For reservations information, email vip@relentlessbeats.com. Learn more about Roksonix. Join our text list by filling out the form in the upper right of this page or texting RBVIP to 545-454.

Roksonix, aka Guy Abbott and Phil Desborough are a producer/DJ double act hailing from Buckinghamshire in the UK. “...with an energetic stage presence each banger they drop you're sure to get a reaction, these lads are definitely worth the watch!!” www.idiosynphonic.com. Guy and Phil were both … Read More 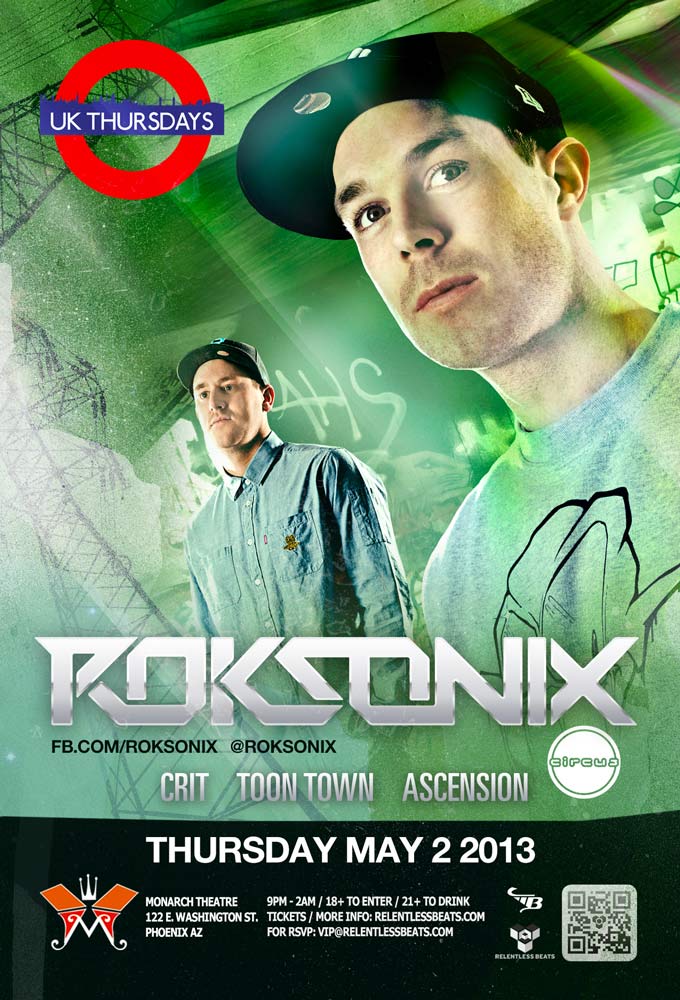