The highly anticipated feature film specially crafted for the big screen, “THIS WAS TOMORROW” was released earlier this week and is currently streaming free of charge on Youtube and can be found HERE. The film will also be released on Netflix shortly. “THIS WAS TOMORROW” showcases all three of the Tomorrowland events taking place on three different continents to include the original Tomorrowland in Belgium, the newest edition of the festival in Brazil, and iconic festival’s USA version, TomorrowWorld.

This Was Tomorrow | The Motion Picture

“THIS WAS TOMORROW” takes viewers on a journey, placing them directly into the center of a Tomorrowland experience. It includes artist interviews from some of the world’s best DJ’s including Tiesto, Dimitri Vegas & Like Mike, David Guetta, Pete Tong, Armin Van Buuren, Hardwell, Martin Garrix, Steve Angello, Dave Clarke, Josh Wink, and much more. The film also introduces us to some of the People of Tomorrow, sharing their stories and embellishing on their different personal journeys to the festival from various places all around the world. 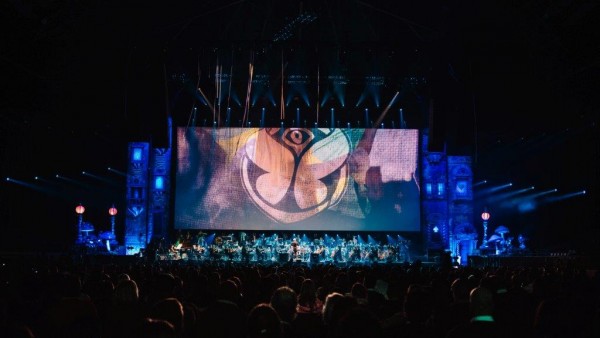 All these and many more precious moments were captured in the motion picture created by more than a hundred people who have been working on producing this for a year now. The 75-minute story shows why Tomorrowland is so much more than just a festival and became a unique and global symbol of unity that connects people from all over the world. Make sure you don’t miss your opportunity to watch the film for free, as there are only 10 more days remaining to watch! From December 1st until December 14th, the world can discover “THIS WAS TOMORROW” as a free gift on www.tomorrowland.com.