The journey of an old-timer in the EDM world who has achieved some level of success is one that is difficult to measure. While EDM has made its splash in the current decade by sewing itself into the fabric of pop music, there was a time when you couldn’t even imagine the possibility of a song you heard on the pop radio stations having anything resembling a drop. As mentioned, this decade has featured a slew of old-timers, and newcomers alike, that are bursting onto the scene with sounds the mainstream has not yet heard. 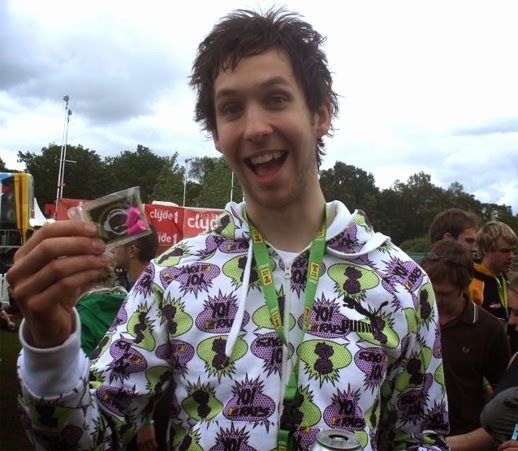 With an artist as established as Calvin Harris, it’s very easy to get swept up in only seeing his music that has reached massive success in this renaissance of EDM; what fans sometimes forget, is that with many of these insanely talented artists who have reached the “pantheon of Gods,” there had to be a grueling amount of work in both their style and career to get them to this point. The year of 2008 did bring about the massive genre-turned-buzzword “dubstep,” but before these sounds came to the attention of the non-dance-genre-listening public, these DJs and soundcrafters that have seen the ebbs and flow of the industry that shaped the sounds that we hear today, had to start somewhere.

It is no joke that the name Calvin Harris sends chills down a lot of our spines; the past aside, Calvin Harris has developed his artistry into a massive brand that has turned his entire persona into one that reflects him as one of the “poster children” of his genre. If you went into your street and gave out legitimately free and authentic Calvin Harris tickets to the public, it wouldn’t be just the folks who you see at raves and respective events; his collaborations with pop artists has almost achieved similar success comparative to the rise of hip-hop artists and “bonafide” rappers collaborating with pop and R+B singers alike.

Before there was “How Deep Is Your Love,” “Let’s Go,” and even artists like Ellie Goulding, there was a peculiar 2007 track called “Stillness In Time.” 1990s Brit-music mavens might recognize the track and title as a cover originating from Jamiroquai, an acid-jazz and certifiably British funk band that released the track on their second album, The Return Of The Space Cowboy (no relation to the other popular artist under the same moniker). Calvin Harris’s “Stillness In Time” ended up being released on a relatively obscure compilation entitled Radio 1 Established 1967; essentially a really hock effort of bringing together rising artists to cover older and culturally relevant hits of the past, while also celebrating the then-40th anniversary of Radio 1. Calvin Harris’s version of “Stillness In Time” can almost get lost in the tracklisting with more globally popular songs like Elton John’s “Your Song,” or “Don’t Get Me Wrong” by The Pretenders.

“Stillness In Time” features an intro comprised almost completely of jazzy dated synths combined with very European influences that pre-date his American popularity. While many might have the opinion of calling this “eurotrash,” it is important to remember that the vitalization of the EDM industry resulted in heavier experimentation, and the introduction to new technology that wasn’t around in 2007. The year also marks the cusp of his 2007 June release of his very first album, and his presence on this compilation is understandable, as I assume Harris was looking for as much exposure as possible. What makes listening to the non-album non-single compilation track incredibly, is not the search for intricate production that we constantly scour the internet for, but the “of the moment” sound that mixes his then-more European house sensibilities into Acid Jazz, a genre that has suffered a more than unfortunate fate. Listening to a track like “Stillness In Time” take us back in time, but also remind us of Daft Punk’s more recent venture into jazzy 70s elements that disappeared, and for good reason. 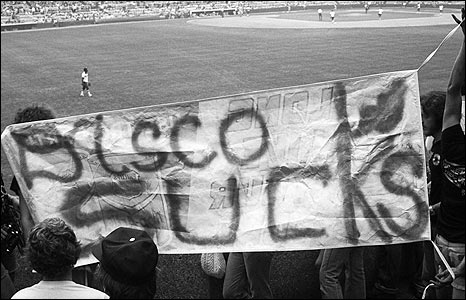 I am not coming out and saying that “Stillness In Time” is one of the most prolific track I have ever heard to this day, because it can feel and sound like quite the opposite. If you press the play button expecting a pop-infused duo mixed with both American and European sensibilities, you won’t find it. Avoid the disappointment by entering the track with an open mind, and viewing the track as a mid-point of some of your favorite sounds that came into being. Journalistic integrity aside, I almost feel bad for the dude being forced to cover an average Acid Jazz hit when he could have showed his chops with a less distinct song and genre.