The career of Italian Enrico Sangiuliano, a self-proclaimed producer, performer, and sound designer has had more than enough of an uphill battle crafting his “dangerous” house-infused flangy beats and getting them to the public. After all, starting his career in 2003, he had already experienced some of what he calls “illegal raves” in his biography, relating to strict event laws on the Italian peninsula. Regardless of the musical climate in his home-country, Enrico has been making splashes around Europe since the early 2000s, and in this climate, there is no better time for his latest drop. Being released on the hype of his Beatport #1 track spot for his piece, “X Pollination (Original Mix),” Sangiuliano has everybody on their toes with his newest remix with teammate Secret Cinema, “Obstacles,” originally a track by SQL, newcomer fellow artist.

“Obstacles” is no average mix, for it makes no introduction or overture into telling you what Enrico is about: Loud bass, dark noise and a blaring synth put to the front of the track instead of relegating to the back-melody. Definitely not made for head phones, this is a very cocky track that is almost as rough around the edges as it is polished. Why no headphones you say? Well, a track that follows such large and loud grandiose production can only be heard best when you want to annoy the guy next to you in traffic, boost your bass, and show him why you spent your whole paycheck on that Kicker Subwoofer. 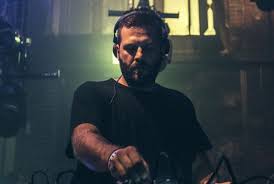 Coming straight off of SQL’s “Obstacles EP,” this remix is the flagship of the four tracks featured which all blend techno into an entrapment of jungle vibes, although not as prevalent on the main remix. It is no secret that Enrico Sangiuliano is looking to make a big techno-clapped smash riding off his current success, and even as an artist who has been around the game for quite a while, he is still aiming to keep the spirit of original techno alive. Creating this web of hybrid sounds, Enrico Sangiuliano with his latest remix, and hopefully his future work, will include him putting techno influences in the forefront, while being supported by modern production trends. Enrico Sangiuliano, SQL, and Secret Cinema are definitely artists you should keep on your radar next time you want a sick techno-infused track with no gimmicks.