Maybe the last time you heard a Krewella track was from their last EP three years ago or their debut album in 2013, but it was a surprise for all when on May 20th, 2016 that Krewella, with the absence of Kris “Rain Man” Trindl who departed from the group in 2014, dropped Ammunition. The EP boasts a modernized direction from the remaining duo, and is bound to cement them into public memory. One of the most interesting developments is that although the EP focuses on both the sisters’ vocals having different modulations and effects, their vocals have a much more punk and rougher presence than on their former work.

While on their debut and former EPs they could get away with production techniques similar to other female vocalists in the world of EDM, this new way of vocal styling for the ladies highlights the rougher side of their delivery and giving a “take what you get” kind of aggression they put behind the lyrics. Tracks like “Surrender The Throne” give a more organic feel to the production as vocal ranges are tested, but the presence of the acoustic guitar doesn’t get in the way of the synth line near the latter part of the track. 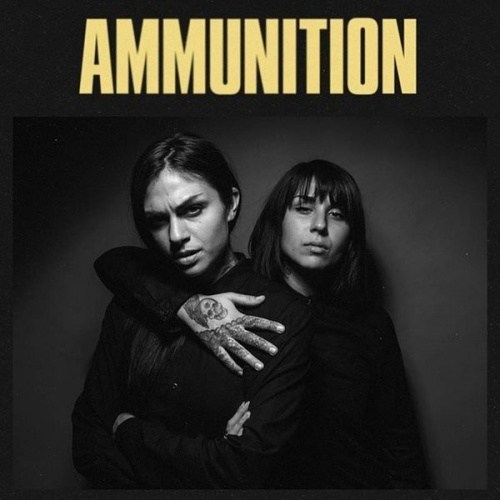 This styling is also featured and scattered throughout the album: “Beggars” features producer, Diskord, and is the perfect hard-hitting album or EP opener, where profanity is definitely not the issue. Krewella’s new direction focuses heavily on comprising the introduction of traditional rock band instruments into dance music, but also showing a deeper aggression and ambition that wasn’t featured in the early parts of their career. Creativity is the key word in listening to this six track banger, and the sights are definitely set in an ever-changing genre.

Although their trio has been reduced to a duo, this E.P. is a signifier in regaining the audience that might have lost touch in their three year absence. The market has seen many artists come and go into the scene, but Jahan and Yasmine Yousaf wish to make their return nothing but a triumph. Check out the E.P. on most streaming websites like Spotify and pack some heat with “Ammunition.”