We’ve got an impressive nine coming at you this week–get ready! Kicking things off as early as tonight (who says your weekend can’t start on a Tuesday?) we’ve got Above & Beyond at Rawhide for their Common Ground tour and Datsik in Flagstaff for his Ninja Nation tour. On Wednesday Datsik takes his tour to Tucson followed by a third stop in Phoenix on Thursday at the Van Buren. Friday night Shiba San, Max Chapman & Shaded hit The Pressroom in Phoenix. Saturday we’re hosting Jerry Folk and Saint WKND at Shady Park and the 2nd annual First Encounter DJ Competition will take place at Monarch Theatre while Pig&Dan play upstairs in the Scarlet Room. Golf Clap and Eyes Everywhere are closing it out with another Sunday Funday at Shady Park. 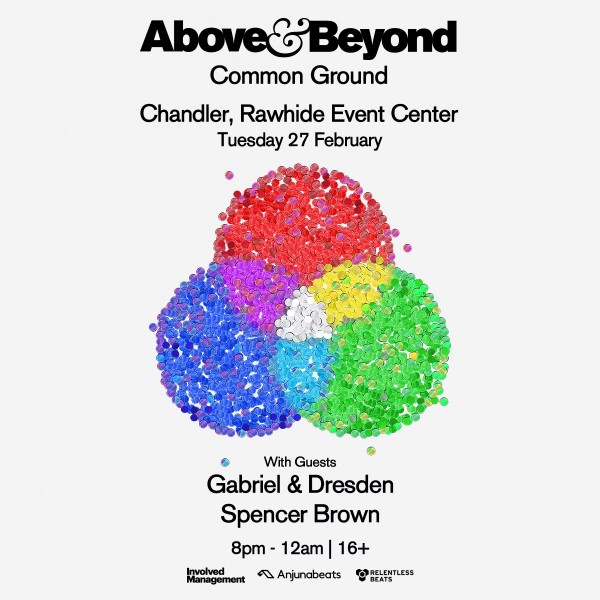 Less than 18 months since the end that most recent world tour, an energized and invigorated Above & Beyond have already headed out on their next journey: the Common Ground Tour. They’re taking their latest album across the country, melting hearts and wetting eyes everywhere. Above & Beyond have carved out a unique space in music and culture, one that reaches far beyond their electronic roots. In so doing, Jono, Paavo, and Tony have created something special: a common ground where all sorts of people and ideas can come together. Celebration, kinship, community – it’s the A&B way. 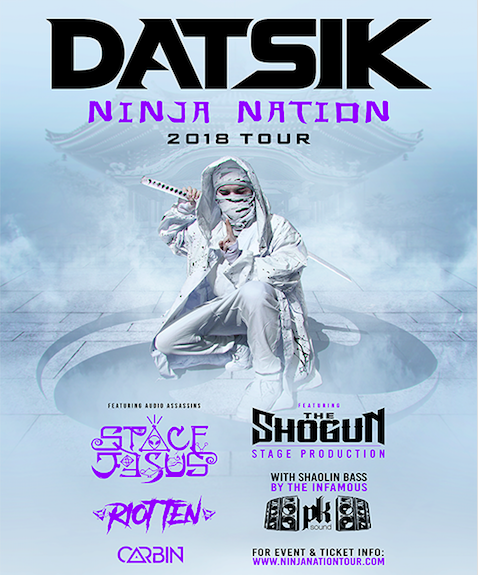 Datsik has proven himself to be one of the best dubstep artists in the scene through the years. In 2009 alone he had over 7 number one releases on Beatport and he’s only further perfected his craft since then. It’s been a while since we last heard from Datsik in a solo-perspective, but his recent Master of Shadows EP boasts next-generation sounds that transcend the current mainstream market. He’s collaborated with some of the biggest names EDM including The Crystal Method, Freestylers, Bassnectar, Noisia, Diplo, and he’s bringing some Dubstep greats on his latest tour with him. You can catch Datsik alongside Space Jesus, Riot Ten, and Carbin all week long! 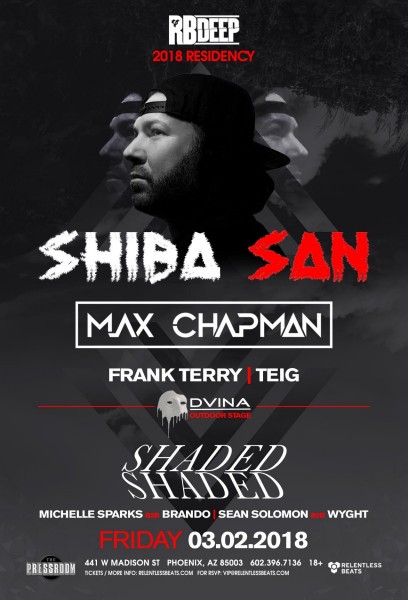 French DJ and producer Shiba San has established a name for himself in the underground, obscure world of deep, ghetto house. With productions under the influential San Francisco label Dirtybird and Amine Edge & DANCE’s hotter than hot House outlet Cuff, Shiba San has maintained consistency in producing rock-solid tracks, showcasing dexterity and versatility.

Performing with Shiba will be Max Chapman. Bursting onto the underground house scene in 2011, Max Chapman was just 23 years old when he released his first record. Just 8 months into his DJing career Max started up his own label, Resonance Records, and this day he still maintains his imprint, placing himself at the helm of showcasing exciting new talent from every corner of the globe. 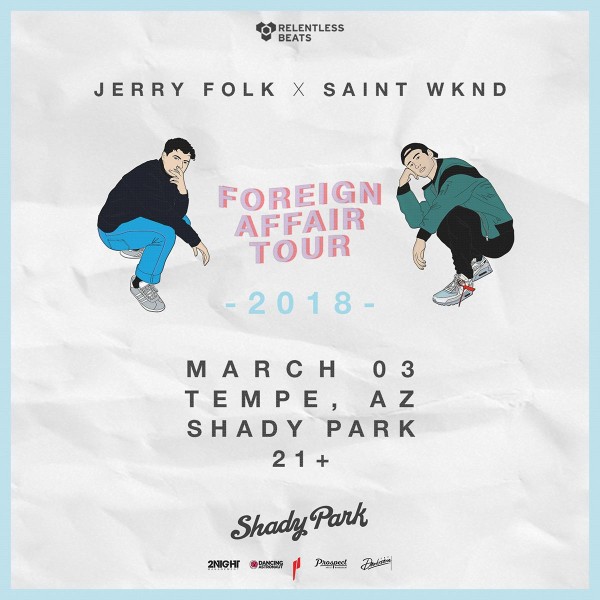 The Norway born producer, Jerry Folk, bluntly describes his genre as “an electronic mixture of whatever inspires me.”  If you mess around in his Soundcloud you will hear, feel, and see that each song is a unique experience that isn’t driven to a drop, it is a ripple of beats from start to finish. The best thing about electronic music is an artist’s ability to make it whatever we want, and we love that Gerard didn’t succumb to the traditional ideals of EDM-he pushed the boundaries and created a musical project truly unique and beautiful.

Hailing from Munich, Germany, SAINT WKND is bringing the alt-electronic to new heights and solidifying himself as someone who is “doing something different.” It’s not every day we see artists mixing deep and techno house with tropical tendencies, but Saint WKND, born Max Seethaler, is able to pull from competing genres, making music and forging a new genre-defying path.  The diversity of his tracks lies with his remixes and features. He goes from Flume to Louis the Child to Two Door Cinema Club to Rae Sremmurd. We applaud his limitless views on music. 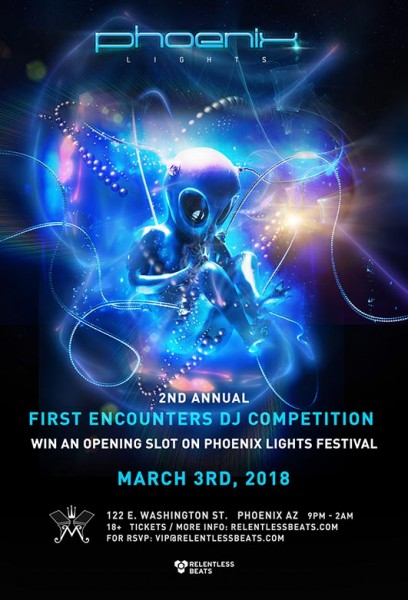 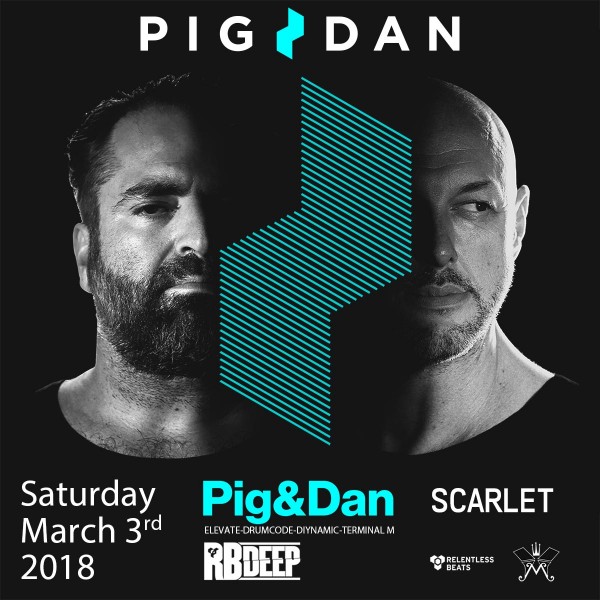 It was 1999 when Pig and Dan met on a flight to Spain and started what would become an international sensation. Since then Pig&Dan have played some of the best festivals around the world and started their own album. The duo has released four albums, over 100 singles and EPs, and last year they hit #1 on the Beatport charts with their massive hit “Growler.” Every performance from the duo is a treat as their visits to the states are far and few between. You won’t want to miss this. 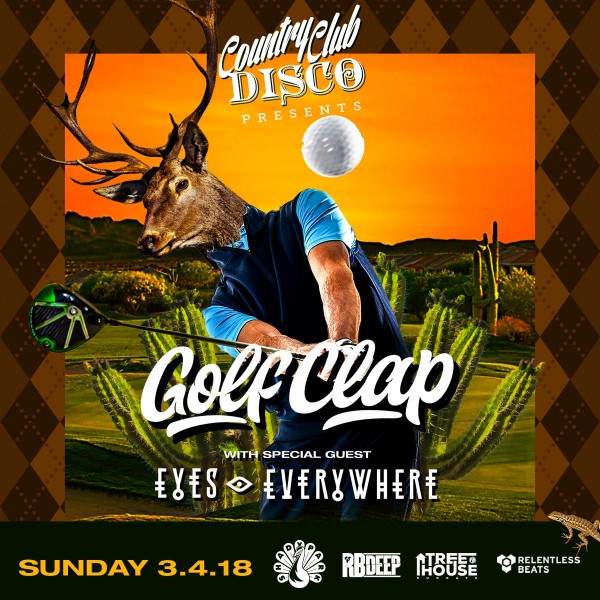 Bryan Jones and Hugh Cleal, otherwise known as Golf Clap, are two Detroit-based producers and DJs with a hugely creative passion for house music. Spreading their talent across the map with their infectious good times, they even started their own label, Country Club Disco. They have established themselves as in-demand artists and performers in their own right, via an irresistible combination of hard work and talent. Releasing countless mixes, including a day-long, 24-hour house marathon, Golf Clap hits the target every time.

Brian and Kyle, otherwise known as Eyes Everywhere, were raised in Buffalo, a place known as much for humble and honest work as it is for raucous parties. Rooted in everything from crust punk to trance, they aim to approach dance music with an attitude free from pretentious discord and love a DJ booth at ground level with an intimate crowd as much as a full production festival stage setup. Having played globally recognized events like Holy Ship, Camp Bisco, and HARD Summer while riding on the shoulders of popular electronic fusion giants like Fools Gold and Main Course, the boys have recently settled down to more organic sounds of techno and house.