‘What We Started’ Documentary to Premiere March 22–Trailer Out Now!

In a time when EDM is taking over the music industry, we get our fix wherever we can. “What We Started” is a documentary about the electronic dance music industry and the highly anticipated trailer was finally just released. 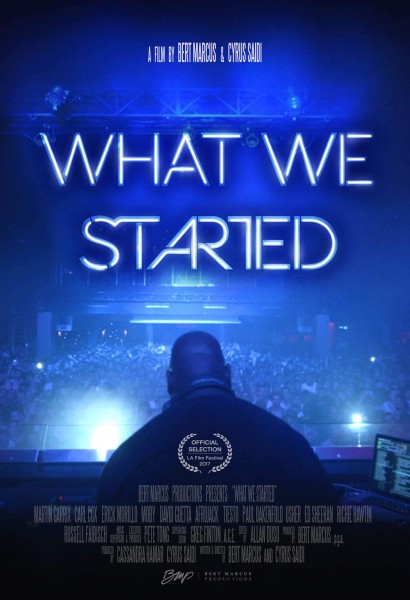 The documentary, which is set to premiere during Ultra Music Festival in Miami on March 22, focuses on the effect that dance music has had on a global scale since hitting the mainstream. It follows heavy-weight artists like Martin Garrix, Afrojack, David Guetta, and Tiësto, as well as pioneers of the genre, Carl Cox, Erick Morillo, and Moby. There are also several cameos from artists outside the EDM genre, including Usher and Ed Sheehan, who helped launch the popularity of electronic dance music. You can watch the trailer below, but be sure to check out the full-length documentary when it premieres on March 22.

There has been a lot of hype surrounding the documentary, but we are not surprised. In today’s world, EDM is growing at an exponential rate. It’s an industry that is “self-driven” and “widely misunderstood,” as the documentary trailer will attest, and we couldn’t be more stoked for what’s to come.