For many of us, when we think of Adventure Club, we think of one of those very first pivotal moments when electronic music was first played in earshot and nothing had ever sounded so sweet. The Montreal-made duo has been putting out their emotive dubstep for nearly a decade and in that time, they have inspired some of todays most beloved artists, been entrusted with a Grammy nomination, and put out some of the most iconic music our generation has seen.

It’s always a pleasure to have Leighton and Christian take our stage, especially when we get to enjoy their ethereal beats in electric waterpark heaven. Last weekend at Wet Electric I grabbed my pool floaties and burning questions and sat down with the boys to talk Ultra, EDC, and all these new music teases. 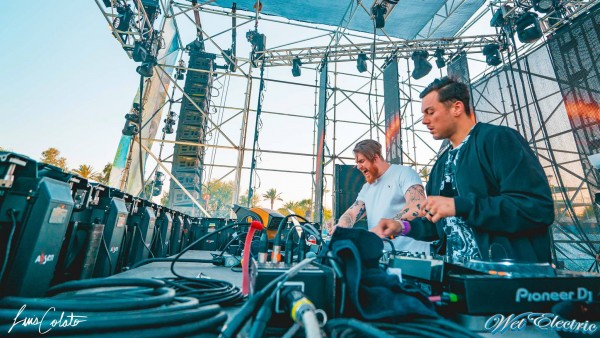 Hey, welcome guys! We are stoked to have you here for the biggest Wet Electric yet. How do you dig the setup?

Leighton: “Yeah we’re stoked. We’ve been to places similar but nothing this cool. We expect to see high splashes when we throw our heavy stuff.”

Christian: “If you’re not headbanging against the water you’re not doing it right. I also want tears. I want the tears to raise the water level.”

Let’s talk Ultra. You guys coming out with Jauz nearly broke the internet. How did this epic moment come about?

Leighton: “So we’ve been big fans of Jauz for a long time and he’s been a really good homie of ours. I feel like it’s been a long time coming of us wanting to work together and everything from the vocal feature to the production we made, it just all came together really well. Jauz is doing this album to be able to explore new areas of EDM and with us doing a new project exploring different genres too it matched up. This song is the vein of our current project so it’s just the ideal collab.”

Speaking of that new track and the many others you guys have been teasing us with lately.. When can we expect these to drop?

Christian: “There is a lot of paper pushing that has to happen. As artists, we just want to take everything that we have and just dump it into the internet and give it to everyone. The logistic element and label paperwork all has to take place first and it’s always a process. We can say though…by the end of the month.” 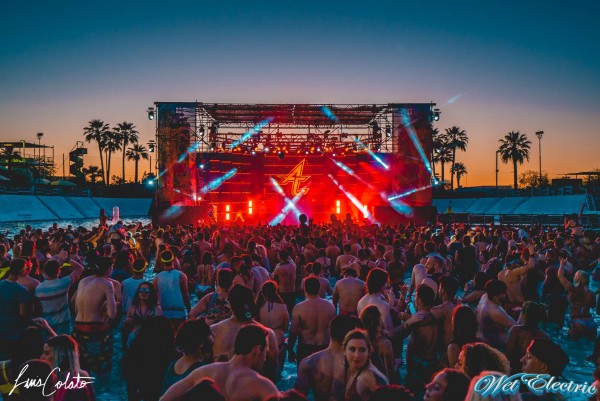 A lot of people are pumped for the Virtual Self remix coming out soon. The techno house beat of “Ghost Voices” seems out of character for you guys to remix. What drew you to this one?

Leighton: “Really, that is one of the only electronic songs that we have heard recently and loved. We really wanted to see what we could do with it with the AC sound. We usually only touch indie songs and rocks songs, we don’t usually rework EDM, but this song, as soon as we heard it, we felt like had to give it a try.”

Between all the new tracks about to drop and all the lineups your name is on, is there one thing on the horizon you guys are most excited about?

Leighton: “We really just want to get this body of work out.”

Christian: “Get this new music out! Some of these songs that were sitting on were made way before the album even came out. I’d really love to streamline stuff too and get our music out faster for you guys. We want to get better at moving things from the table to the plate faster.”

Leighton: “Yeah none of this bottleneck stuff.”

Looking forward to your guys’ part in the Electric Family pop up shop at EDC, what can fans expect from you guys there?

Leighton: “There may be a meet and greet and for sure new merch. Other than that fans will have to show up to find out the rest of the stuff we have planned. This year it is an awesome pop-up shop.”

Do you guys plan on wandering around the Las Vegas Motor Speedway grounds that weekend?