Don’t You Worry, Child–Swedish House Mafia Will Return for a 2019 Tour!

Earlier this year, Swedish House Mafia broke the internet and restored our hearts by reuniting on stage at Ultra 2018. Their teasing words, “We’re Swedish House Mafia, for good this time,” left fans in a state of awe and speculation. We were explicitly grateful to see them grace the festival stage once more, but also desperately hoped we would see them again.

Fast forward to May, when Axwell ^ Ingrosso, two-thirds of SWM, fed into rumors by stopping the music on stage and said, “What do we do now? This is a big move. This has never happened before. Should we cancel the Swedish House Mafia gig we’re planning next year? We are not sure they are ready for Swedish House Mafia in 2019.” Cue happy crying. 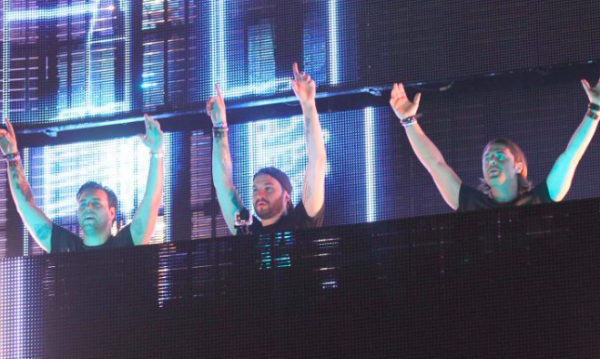 Finally addressing the rumors in an interview with Swedish publication Sydsvenskan, Steve Angello of SHM confirmed their reunion and tour for the future, saying, “Not all the details are set, but we will be back in 2019.” Adding to this affirmative, Oliver Heldens confirmed what Angello had already announced during his Heldeep mix by saying, “So, Swedish House Mafia have now officially reformed, and are announcing a World Tour in 2019.” You heard it from the man: it’s official. Heaven’s got a plan for us, and it definitely contains Swedish House Mafia tour dates!