For all of Paul Purman’s (better known as DJ Politik) life, he has been surrounded by music. Born and raised in Los Angeles, Purman grew accompanying his mother, a Ukrainian singer, and musician, to recording studios. In Purman’s adolescence, he would experiment with making and recording music. It wasn’t until high school, after sneaking into his first club, that Purman fell in love with DJing. He explains that “Being on the scene opened my eyes to what DJs really do. Seeing them incorporating different genres of music while controlling the vibe of the party is what made me fall in love with Djing.”

By the age of 15, DJ Politik was already buying his first DJ equipment and expanding his musical horizons. He started playing at high school parties, and after finding success among his friends he grew to smaller club venues. Before long, DJ Politik got his first big break and landed himself a residency Playhouse Nightclub in Hollywood, California. This was just for the beginning for Purman. 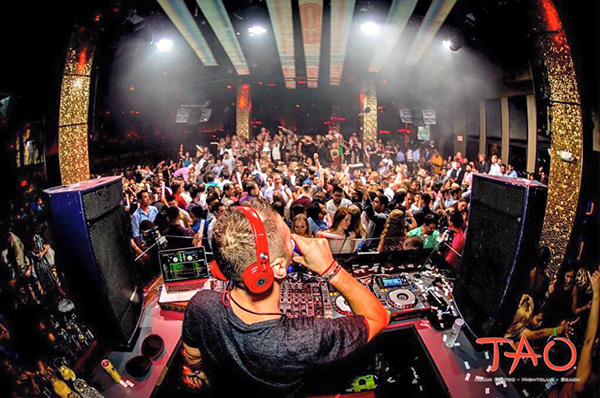 DJ Politik has held residencies in the country’s biggest nightlife destinations; Las Vegas, Miami, New York City, Chicago, Hollywood, and Atlantic City. He’s called upon as an open-format DJ for huge corporations and celebrities all over the world. Some of his recent events include private parties for artists like Usher and P. Diddy. He’s also helped Coca-Cola, Redbull, and Hennessy throw dapper events for their employees and investors.

Wherever DJ Politik performs, he always brings a fun and diverse lineup of music. His abilities include perfectly combining house, rock, pop, dance music, and hip-hop into a perfect blend of funk. About his sets, DJ Politik says that he, “likes to keep his sets as clean and crisp as possible, all while keeping the art of DJing alive with scratches, doubles, loops, creative medleys, and strong mic presence.” DJ Politik is stopping by Salt Tacos and Tequila on September 1st. Grab tickets here!