Why Bassrush 2019 Will Be Massive

Calling all bassheads: Bassrush is officially back and breaking more necks than ever with a stacked lineup of notable artists set to deliver an unforgettable show. Prep for the biggest bass bash of the year and get to know your headliners and their current hits! 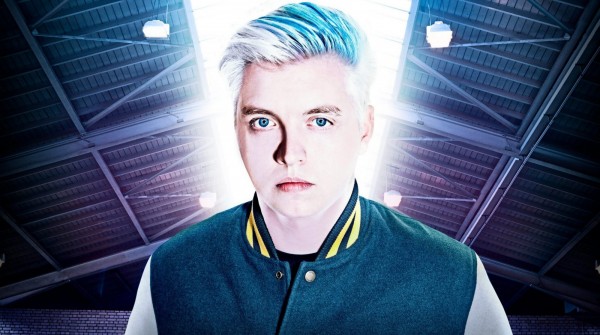 Joshua Steele, better known by his stage name Flux Pavillion, found his sound and began performing around 2008 which probably takes us all back to our early dubstep days of blasting “I Can’t Stop” or his remix of DJ Fresh’s “Gold Dust.” Behind the beats is a wizard of all things production, vocals and a variety of instruments – a triple threat! When Joshua teamed up with longtime friend Doctor P and other reputable producers, magic happened in the form of Circus Records. It was then that Flux was able to fully flourish. From beginning his keyboard career at age 6 to headlining in the US, UK, and several festivals, Flux is set to make his mark at our very own Rawhide where we hope we’ll catch him playing his new single “Somebody Else” featuring GLNNA or one of the many “Emotional” remixes from 2016. 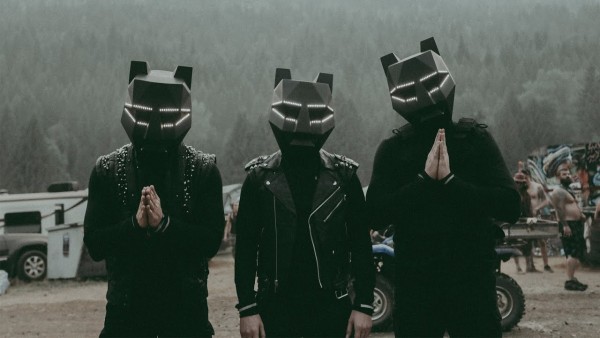 Commonly abbreviated as BTSM, Black Tiger Sex Machine is a Canadian electronic music trio that’s based in Montreal, Quebec and the brains beneath the infamous, illuminated helmets are named Marc Chagnon, Julien Maranda, and Patrick Barry. They began as early as 2009 but it wasn’t until 2012 that they established themselves as the heavy electro, helmet-wearing, EDM leaders they are with the drop of several EP’s and singles just in their establishing year. The trio are connected to Kannibalen Records, the same label that’s signed other familiar artists like Kai Wachi, Dabin and more. They’ve toured both nationally and internationally, performing at shows like Lollapalooza, TomorrowWorld, Electric Forest, Lost Lands, Decadence and that’s only naming a few. While touring, they’ve showcased hits like “Rhythm Mode,” “Crazies,” “The Grave” and tons more. It’s no secret that they refuse to cave into any specific style of music but they seem to specialize in powerful and dark electronic music often using a variety of production instruments during their sets like a central mixer, launchpads, drum machines and a unique lighting system that syncs with the beat – hit up their set and let them blow your mind with one of their newest singles “Hacker” – This trio’s performance is not one to miss. 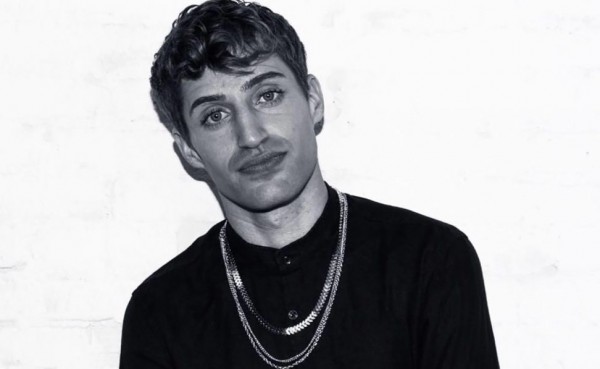 Herobust’s Hayden Kramer is seriously an EDM hero himself, bustin’ beats and breaking necks…or vertebrae…with heavy hits like “Vertebreaker” and “Blockbuster VIP.” This electronic producer hails from Atlanta, Georgia and was born and raised into a household of doctors. Lucky for us, he discovered a passion of his own and pursued a musical career that quickly gained attention from Rolling Stone and other notable publications. In 2016, Herobust’s EP “I’m Aloud” hit #22 on Billboards Top Dance/Electronic Albums. The following year, July 2017, he collaborated with Monxx and released the ominous single “Giant Squiddim.” Most recently, the single “Bruh?!” was released showcasing his underlying hip-hop inspiration. We can always count on him to deliver the perfect combination of hip-hop, bass, and wubs. Just be sure to bring your neck brace to his Bassrush set. 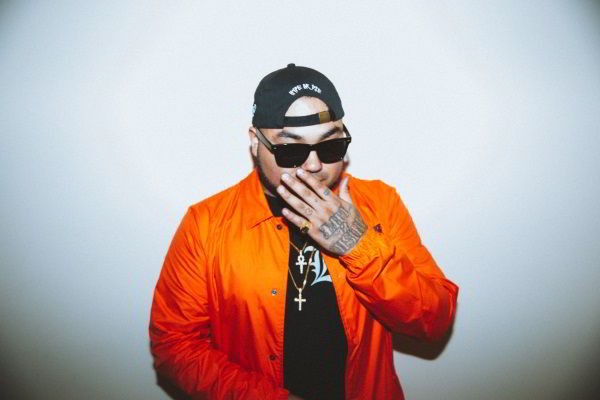 It was only at the young age of 22 that this Texan’s EDM career erupted. Christoper Wilson, AKA Riot Ten is best known for his hardtrap and dubstep production. He’s released music through the labels of some of the biggest in the scene like Steve Aoki’s Dim Mak and Excision’s Rottun Recordings. His debut EP Hype or Die: Headbangerzwhich featured the hit “Like Kanye” featuring Bunji Garlin and was released through Datsik’s Firepower Records. Since that debut, he’s sold-out shows in Asia and Australia and his 2017 track “F**k It” held it’s #1 place on the Beatport charts for over 5 consecutive weeks. Don’t miss your chance to ride the rail with Riot Ten during his smash hit “Rail Breaker” at this years Bassrush reunion. 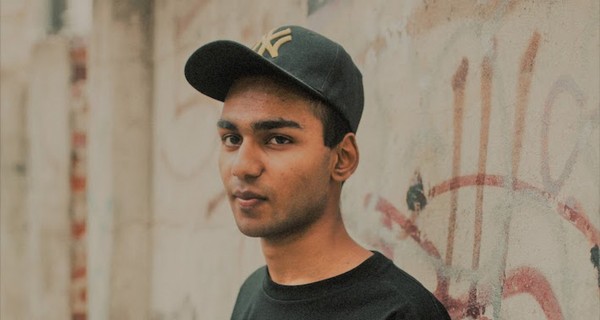 We truly can’t believe it either but this Australian dubstep prodigy is only 18 years old. His hits have turned many heads with their heavy-metal vibes and in-your-face bass. Mastadon first released the EP Malignant through the prestigious Never Say Die: Black Label which featured the song “RIP” that briefly sampled the popular hit “Bodies” by Drowning Pool – you know, that song with that familiar aggressive drop that never fails to fuel adrenaline and often leads to utter chaos? That one. Fast forward just one year and Mastadon released Decimate, displaying his interest in some insanely heavy stuff through tracks like “Machete” and “Dong.”  In an article with UKF, Mastadon says that since the beginning, he’s been inspired by 2013-2016 tearout dubstep tracks and credits Trampa’s Jurassic EP on Firepower Records for pushing him to start dabbling in heavier dubstep. His most recent EP S**t Vol. 1 dropped this year and turns out he’s as dark as ever, but you’ll just have to experience it for yourself. 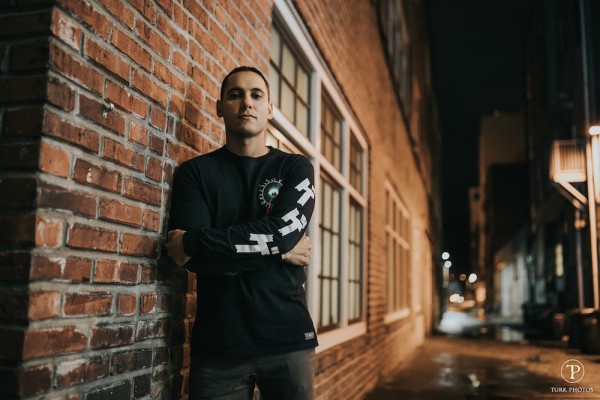 Zeke Beats is bringing the bass to life and melting faces with his blend of hip-hop and his synth wizardry. So much so that labels like Bassnectar, G Jones, and EPROM have shared their support for the Australian creative. With his signature analog basslines featuring a grimey and futuristic sound, it’s no wonder it only took a couple short years for him to rise in the EDM scene. Zeke Beats first broke through in 2016 with his EP Meltdown – a piece that the reputable Bassnecter commended him for. Since his career kicked off, Zeke’s been touring around the US hitting shows like Electric Forest and Shambhala and blessing the crowd with smashes like “Intro” created with Graves, “Mind” done with Dirty Audio and a collaboration with Eprom, “Humanoid.” For the first time, he’s hitting Bassrush Arizona where we’ll hopefully see him perform his newest single “Bad Robot.” 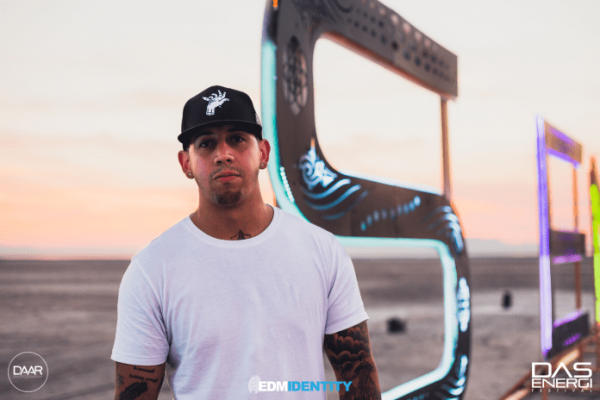 Seattle native, Winson Sharps is new to the EDM table but in no way does he deliver rookie vibes. Sharps was not always a one-man show, he originally played a role in the group Instant Party until he split in 2014 to pursue his own sound. He accredits a lot to his time spent with the group but it wasn’t until he left that he quickly prevailed in the Seattle community and gained support from respected artists like Adventure Club and Krewella. In 2007 he released one of his debut albums Infinite Love 666 and since then he’s released countless singles and traveled North America for his “Ready for War” tour. He recently delivered what could be considered one of his crunchiest tracks yet called “Mutant” with Moore Kismet. Rookie? More like a trap god. He’s exploding and showing no signs of stopping. 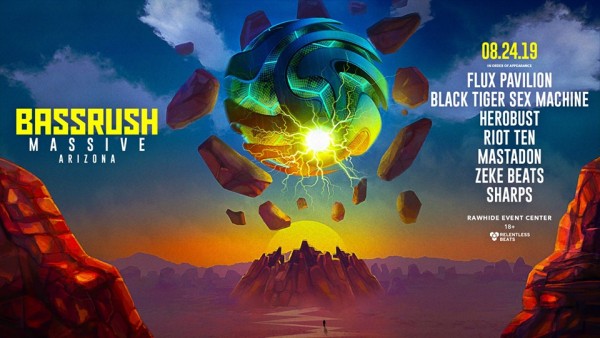 Big ups to Insomniac Events for blessing us with this bass fest yet again, but now that word is out tickets are going fast, so don’t miss your chance to headbang to these hits. Grab your tickets here to the third annual Bassrush Massive AZ on August 24that the Rawhide Event Center.