It seems that in a world of endless wonder and talent, so many accomplishments go unseen, unrecognized, or simply overlooked. Occasionally, however, the stars align and hard work is rewarded and publicly celebrated. It warms my heart to inform you that this certainly is the case for American DJ and producer Nitti Gritti, who recently won a Latin Grammy. With his work rising in popularity, his name becoming more widely known, and his talent continuing to impress and impact people from all over the world, this award is well-deserved.

The Grammy Awards acknowledge achievement in the music industry, and Nitti Gritti has been a powerful force in EDM and gaining an insane amount of traction within the past few years especially. With an endless resume of high profile supporters such as Tiesto and DJ Snake, unmatched mixing and producing talent, and impressive sets both in the US and other countries, Nitti Gritti is ambitiously taking the world by storm. 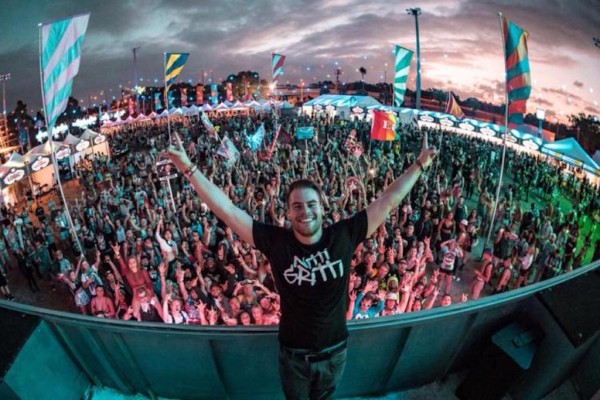 His ability to take recycled and seemingly unusable sounds and turn them into a groovy beat went viral on Twitter, both inside and outside the EDM community. He can work with anything he has and creates something out of it, and his passion and skill are contagious to follow. Regarding his work on remixes and tracks, he seems to be a jack of all trades. Although he has iconic sounds and certain genres he revolves around, many of his songs and mixes vary in subgenre. Elements of dubstep, trap, house and arguably future bass can be heard throughout his different tracks, and he has a good variety of both hard-hitting and artistic bangers. If you haven’t heard any of his music yet, or simply want to hear more, check out his SoundCloud below!

So, what exactly did he win the Grammy for? On Christmas Eve of last year, Puerto Rican singer-rapper Bad Bunny released an album called X 100pre. One of the tracks on the album, titled “200 MPH,” was a collaboration that included work by Diplo and Nitti Gritti. Earlier this month, the album excitedly took home the Latin Grammy award for Best Urban Album, awarding Nitti Gritti and Diplo Grammys as well for their work on “200 MPH.” He recently took to Twitter to announce the win! (below) 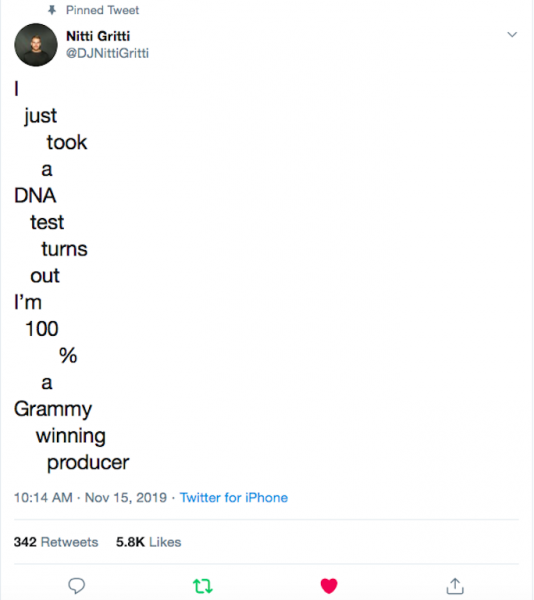 Exciting for both the DJs themselves and the EDM community, it was awesome to see hard work getting recognized on such a large scale! Especially with talented DJs like Nitti Gritti getting the spotlight. He’s been working hard to produce quality music and his ambition is challenged by none as he continues to explode in the scene. Be sure to check him out and see what he’s been up to because he’s definitely killing the game!

The other EDM winner of the Grammy for his work on the song, Diplo will be heading to Arizona for a sure-to-be incredible set at Decadence! Don’t miss it! See the full lineup and get tickets here!