Let the madness begin! The stages are set for the arrival of TomorrowWorld in Atlanta September 27 through 29.

As of now, eight stages will feature a roster of electronic dance music DJs that is, hands down, one of the best of 2013. Check out the break down of each stage and their headliners. Tickets are still available for the festival. Purchase yours here!

Camping and feeling like a rage session on Thursday, September 26? TomorrowWorld has got you covered with The Gathering, DreamVille’s official warm-up party hosted by Counter.Point.  Dimitri Vegas & Like Mike and Yves V, Morgan Page, Project 46, TJR, Walden, Griz, and many more will playing on two stages, Open Air and Bass Stage, during the pre-party. 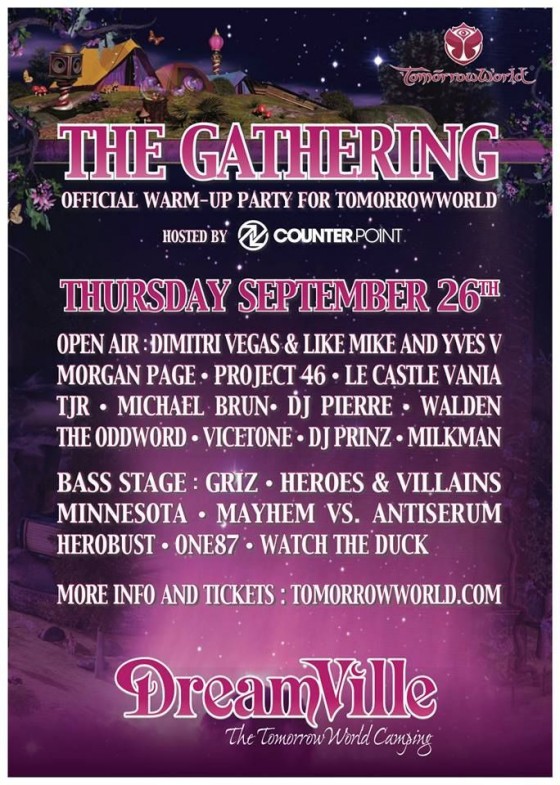 Starting things off with TomorrowWorld’s Mainstage, fans can hang out at this stage to see sets by Chuckie, Dimitri Vegas & Like Mike, Porter Robinson, Tïesto, Calvin Harris, Afrojack, Armin Van Buuren, David Guetta and many more. 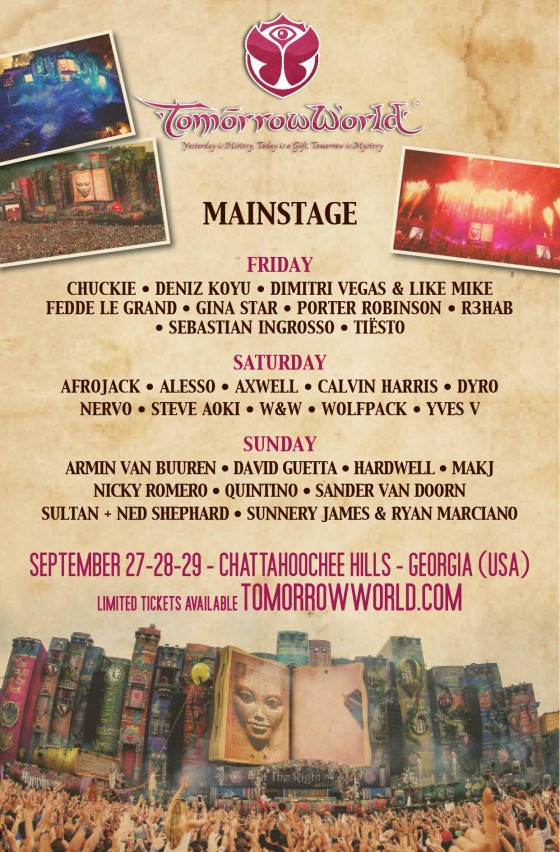 Stomp the ground at the Q Dance stage with DJs like The Prophet, Frontliner, Psyko Punkz, Code Black and Mr. Skeleton. 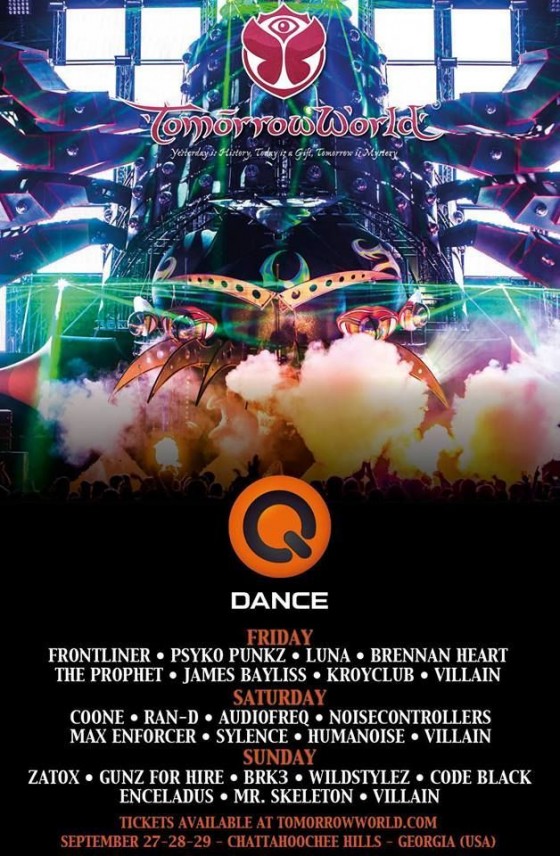 Ferry Corsten presents Aly & Fila, Audien, Cosmic Gate and others at his Full On stage on Friday, September 27. 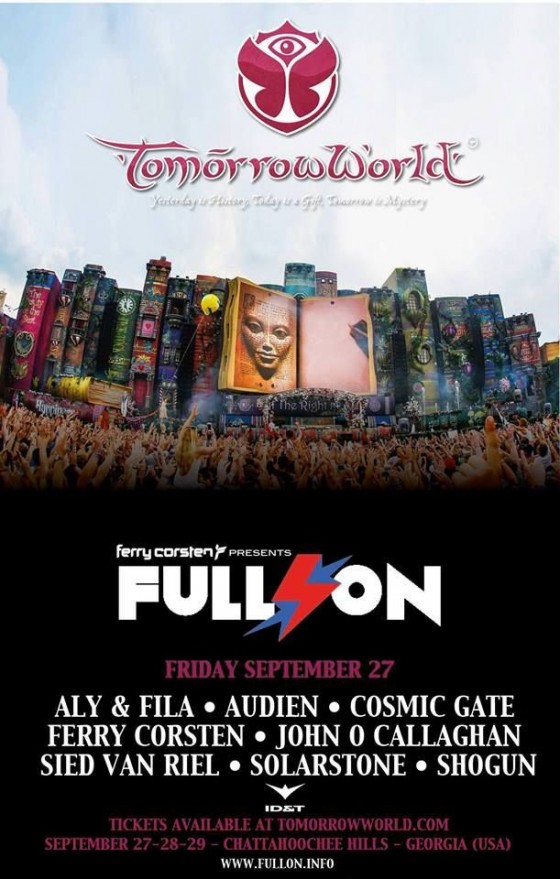 Steve Aoki’s Dim Mak Records is hosting a lineup of some of the best emerging  DJs and producer of 2013 like Jacques Lu Cont, Clockwork, Angger Dima, Autoerotique and Deorro on Friday, September 27. 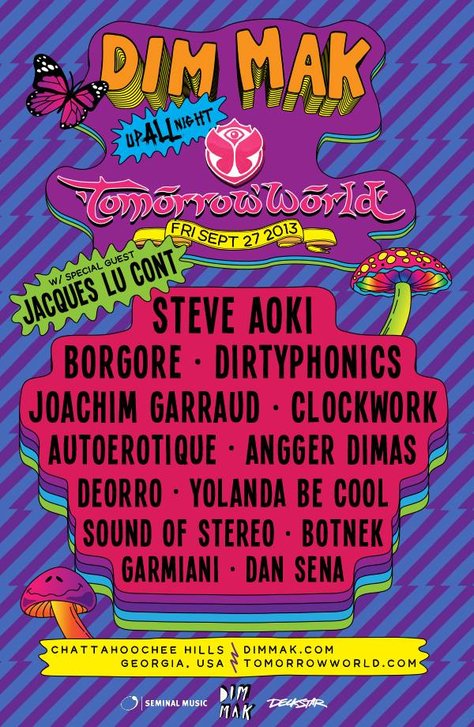 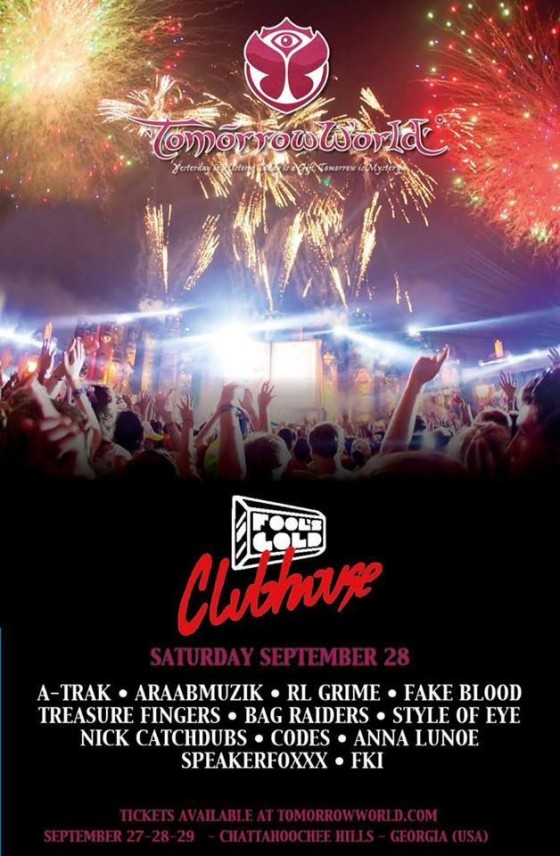 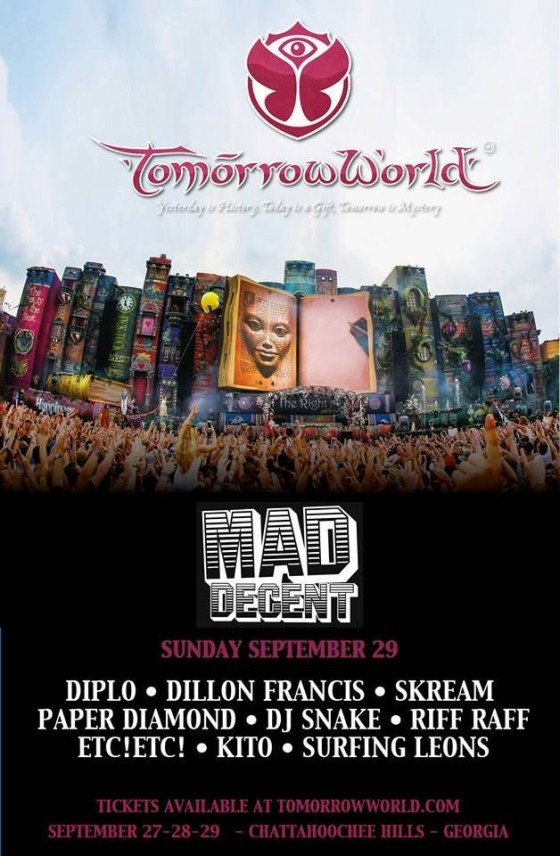 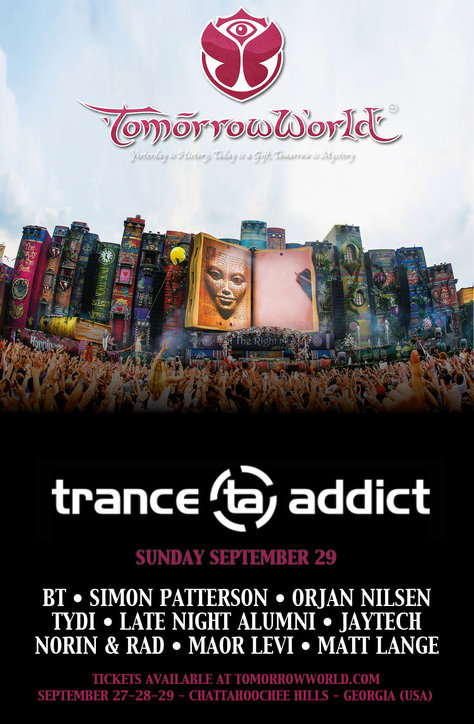 Wrapping up the festivities, Claude VonStroke is bringing the dirtybird Records stage where Cajmere, J. Phlip, French Fries, Blond:Ish, Justin Jay and more will be closing out TomorrowWorld’s inaugural festival in the United States. 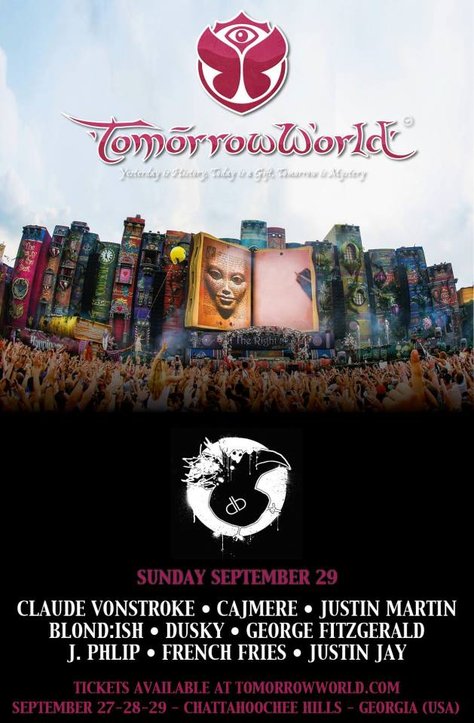