Jai Wolf’s Debut Single Is The Anthem Of The Summer

New York native Jai Wolf has blazed the dance music scene with millions of SoundCloud plays, a herd of big-name supporters like Skrillex and ODESZA, and seven No.1 tracks of Hype Machine. After playing Coachella, Bonnaroo, LED USA, and signing on for Hard Summer, Jai released his first original track, “Indian Summer.”

Thanks to ODESZA’S Foreign Family Collective, Jai’s single hit no.1 on Hype Machine. The producer has continuously expressed how content he is with his debut, and how grateful he is for all his fans. 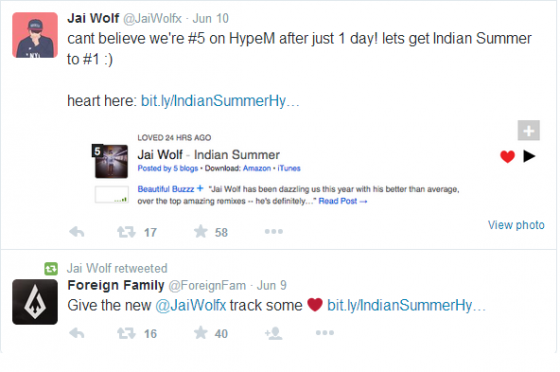 The best way to describe this masterpiece is euphoric. It’s just so pretty. “Indian Summer” is a bit different from not only Jai’s past projects, but from anything we’ve ever heard before. It’s airy and light, but at the same time it’s full of energy. It’s a feel-good song full of synths and high pitched vocals that makes it so diverse. You just have to listen to it once and I guarantee you’ll be totally hooked.

This song has been on repeat for the last week, and I’m still not tired of it. It’s magical, I swear. It’s safe to say that “Indian Summer” is an absolute success, but the Chainsmokers believe there is room for improvement. They tweeted Jai their love and constructive criticism in which Jai was thankful for.

Will Jai revamp his own song? Which DJs will drop a mix of this track first? Is there a debut album in the works? Jai Wolf is giving 110% to his EDM game, and his fans are begging for more. “Indian Summer” has been dubbed the anthem of the summer, and will remain on repeat until my computer explodes.