RB Exclusive Interview: NERVO On Their New Album, The Future, and Charity Work with the Breast Cancer Research Foundation

The Australian sisters Mim and Liv NERVO are raising money for the Breast Cancer Research Foundation (BCRF) through a new online charity auction platform called BidKind. By partnering with BidKind, NERVO is planning on auctioning off a rare opportunity for one lucky winner to meet the sisters and party with them for their ‘Collateral’ album launch party at OMNIA Nightclub in Las Vegas on July 18th. All the proceeds from the auction will go towards the promising research of the BCRF to eradicate breast cancer and fuel discoveries in tumor biology, genetics, prevention, treatment, survivorship and metastasis. One lucky winner and their guest will be partying with NERVO after winning the auction, and all for an amazing cause! Click here to check out how to win! 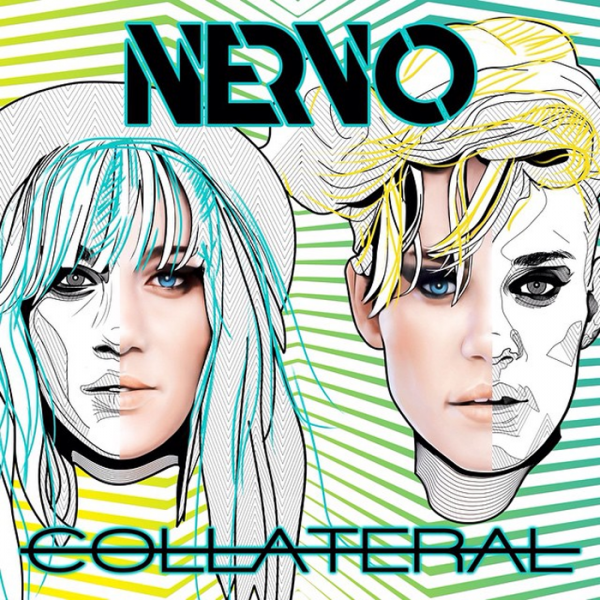 In order to help promote the auction, Mim and Liv NERVO opened up for a few interviews and I was lucky enough to snag one! We talked about why that had chosen to benefit the Breast Cancer Research Foundation, about their transition from super-fans to producers behind the music, to the top ranking female DJ duo in the world, as well as their upcoming album ‘Collateral.’ They said a very special moment for them as well was one of their favorite songs they have ever produced was ‘When Love Takes Over,’ which they made for David Guetta. Some of the artists the sisters would love to collaborate with in the future include Disclosure and Calvin Harris. To find out more about the talented Australian sisters, peep my exclusive interview with them below:

Nicole Petriw: First of all, I would love to commend the both of you for choosing such an amazing cause to put your proceeds towards from the meet and greet at your “Collateral” album launch party in Las Vegas. What made you guys choose to benefit the Breast Cancer Research Foundation for this launch party?

Nicole: One of my favorite quotes from Mim is, “Purple hair and purple lipstick; we did it all. We almost broke ribs being in the front row of the mosh pit. We were those people in the crowd for so many years, to be playing on the same bill with some of those artists now is just electrifying.” – Mim NERVO

Nicole: What was the hardest part about breaking out of the super-fan mold and turning into the top ranking female DJ duo in the world?

“We still can’t believe it, we still pinch ourselves every day that we are even considered in the top 100 because quite frankly we do what we love and we don’t do it for polls, but it’s always a really nice, reassuring feeling that we’re doing something right when we get support from fans like that.” – NERVO

Nicole: From mine and my friends’ experiences, you two have always been extremely proactive at getting in contact with your fans. Has your experience being those diehard music-loving fans played a big role in how much you reach out to your fans?

“We think the beauty with online media and social media these days is that you can talk directly to your super fans and I think that is such an incredible thing. You know back in the day when we were looking up to our idols there was no way of knowing that they would be getting our messages. You know we used to write fan letters to management companies, to record labels, to everything and it’s just a really nice feeling when you know you can talk direct to fans and vice versa because you know we value what they say. These guys have been with us from the beginning, they’re there through the highs and lows and we think they’re very important to our lives.” – NERVO

Nicole: What was the hardest part about switching from song-writer/producer to actual DJ status, playing your own songs at festivals?

“The hardest part – I guess now the hardest part – is that we get less time in the studio. You know we used to be full-time studio girls, literally eight days a week we used to be there but now we have to balance. It’s all about the balance with the touring, with the studio and of course with normal personal life. So I think that’s the hardest part but we can’t complain because you know playing for crowds and real fans is just a whole new high that we never expected to get.” – NERVO

“Oh that’s so hard to answer. Favorite venue to attend – it really does depend but we’re living for the moment so we’re really soaking up the vibe. Passion nightclub is incredible to play at and to also go to, I think Ishwaya? Again, it’s such a great place to play at then the other day we were in the VIP for Sabastian and ….. and we had such a great time. New York Pacha and Space for me, are incredible places to play at.” – NERVO

Nicole: The electronic dance music industry is currently dominated by a majority of male DJ’s and producers. How has that affected your journey?

Nicole: Career defining moment for you two as the DJ duo NERVO?

“Career defining moment- we have one every single day. Every single gig there’s definitely something special that happens that cements why we’re doing what we love and why we’re here right now. If it’s meeting a fan who’s been touched by one of our records, or even a promoter who’s really excited about the amount of people who are lining outside the club, to reading online comments and realizing that we’re affecting people in a positive way, I think they are definitely great life changing moments.” – NERVO

“It’s hard to pick a favorite. The record that definitely changed our lives was “When love takes over.” I think because of the timing, because of the record, and where we were at also in our careers. We were so down and out with the music industry. We felt that we really needed a leg up. We wanted people to hear our record so it came at the absolute 11th hour and we’re so thankful. We still get a warm and fluffy feeling every time we think of that record being released.” – NERVO

Nicole: You two have already collaborated with quite an impressive, star-studded list of artists. Who that you haven’t before would you love to work with?

“I, Mim, would love to work with Eminem and Lauren Hill. Love to also work with Disclosure. Liv would love – always has wanted to work with image and hip and you know Calvin Harris is up there, he’s just a talent. We want to work with anyone who’s talented and awesome.” – Mim NERVO

“Whoa that’s such a hard one. Favorite song, that’s almost the impossible question. Liv’s favorite is “It Feels.” It’s positive, uplifting, euphoric, it feels like love, feels like summertime or spring, it’s just heavenly. My favorite – I love “Oh Diana” and I also love “Rainham Road”. I just think they’re a bit whack but they’re fun and we had a lot of fun making them.” – Mim NERVO

“Oh actually another one of my favorite records is “The Other Boys” because … it’s just a nice fun disco number.” – NERVO

Nicole: Plans for upcoming music after “Collateral” & what are you two working on now?

“We’re already working on loads of new records. We’ve done a few collaborations, which we can’t talk about just yet but that will be coming out after the album. And were working on now (Rogers?) album with Chic. So there’s lots. Constantly, constantly working the summer is a little bit slow with the studio, but soon we’ll be back in the studio quite a lot and finishing everything off by January/February so we have I think some nice releases for next year.” – NERVO