Some of you readers might be wondering why Iggy Azalea is topping this week’s edition of B-Side Weekly. While we do feature predominantly artists who are either in the EDM world, or have made contact with it, Ms. Azalea is a special case; though she has worked with the likes of Steve Aoki, and a few other electronic music mavens, her recent bad publicity and the footage of her unintelligible freestyle have overshadowed some of her greater musical moments. 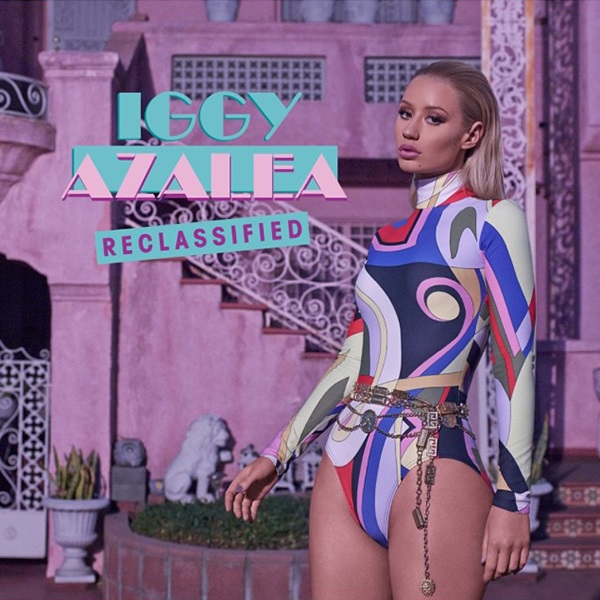 While her actual rapping skills are not going to be brought into discussion, Iggy’s early career has already seen a series of flumes and rockets in the form of hit singles, and not-so-hit singles. Some of those not-so-hit-singles came from a peculiar rerelease called “Reclassified.” The “new” rereleased second album.

“The New Classic,” followed en suite with many pop artists in the last decade who have made millions of dollars re-releasing their last efforts with a couple new tracks, usually a few notches above in quality than an okay bonus track.  Sadly, “Rehashified” only spawned two singles (Beg For It, Trouble), which failed to make a serious impact on the charts (with BFI coming in at number ten in the last week). Essentially, while Reclassified did have its shining moments, it falls into the beginning of the era when Iggy was starting to receive the bad press she became famous for, and in-result, began her “dark months.”

Upon first listen, you might wonder what the abbreviation stands for, only to be reminded that it is indeed Iggy Season (sorry, Iggy, I mean…SZN). While a predominant hip hop track, the album cut which should be a single launch brags which its lyrics how it is constantly Iggy season, which is a good positive mantra for Ms. Azalea.

Iggy SZN, an album track off of the aforementioned rerelease, is a gem in the dark times of our persevering diva. Coming after Iggy AZN in our timeline, “Azillion” would then be released over Soundcloud on January 8th as her “comeback,” only to have the track ripped apart by fans alike and even her label, who, reportedly would not commission a music video for the song due to the deflating response. Sadly, the fire could not continue, even though she did get some praise for the “Pretty Girls” Britney Spears duet released not long after. With its bumping plastic beat over bright sounds that reminisce current hip-hop beats and featuring some light dance breakdowns, “Iggy SZN” will be that song you play at the party that everyone will love until you utter those fateful words that will make the hatorade flow: Iggy Azalea