No, really. Pun completely and whole-heartedly intended. It is that good; but I’m making it easy here people and it is quite literal. Broiler has just released their new song “Money” with its also brand new music video to accompany it. All that new new though, so to speak, has also landed us here at Relentless Beats with something else that is also entirely new. 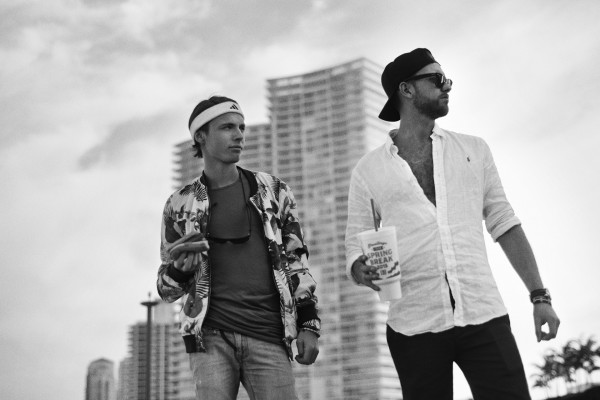 I got the pleasure of interviewing Broiler, not just to dig behind their new release, but even more so behind who this dynamic duo is and what makes the music behind Broiler a reality. Miley Cyrus isn’t the only one who got the best of both worlds here; Broiler’s got us covered with that humor and good music all in one package right now and it’s not stopping anytime soon.

When Broiler started with the two of you, you included comical elements into your music and videos, and before you knew it… You guys were a YouTube phenomenon. How did that feel, and were you guys ever expecting this to happen?

“No we never expected that to happen. To get our tracks shared by people we didn’t know was a very special feeling. And when it all went viral, we were overwhelmed by the incredible support we got!”

In a lot of your earlier work, like “Afterski” in 2012, we kind of get a glimpse of Drammen, Norway where you both grew up and how you both humorously parody living there. How do you both feel about your childhood there, and did it in any way influence how you get into music and your style?

“Being from Drammen might have helped out in a way. But the most important thing I think was that we were lucky to have started out with something that actually was revolving around humor and good vibes. That meant everything was fun to work with, and we could create things without boundaries. Now that we’re older and our music is quite different, we feel that we’ve created our own boundaries in which we feel inspired in.”

How does it feel now that Broiler is getting to just really focus on your music and taking your productions more seriously?

“As I mentioned above, we now get to make music that we really love, and that is something we’re extremely thankful for. If one of us were to come up with a great melody, we are now able to create whatever we want out of it. THAT, my friend, is luxury!”

You both just released your song “Money” and its accompanying video with Hollywood’s Danny Trejo! How was collaborating with him on the video?

“We had to go back to Norway before the video shoot took place, so unfortunately we didn’t get to meet him. But it feels pretty bad-ass to have one of our favorite Hollywood villains in our own music video.”

The video “Money” has really enticing graphics and quality production, yet it retains your humor with which you guys built your name; where did the ideas for this piece come from?!

“Our close friend Julian Alexander who also co-directed the video had a great idea of putting Bekuh (the vocalist) into a futuristic robot factory. We loved the idea and sat down with him, and L.A. based Norwegian director Jarand Breian Herdal and brainstormed until we finished a script including three possible actors. Charlie Sheen, Steven Seagal and Danny Trejo. The two first were expensive as hell, so we went with the guy who also owns a taco place.”

What made the song “Money” and the video a really exciting and unique project to work on for the both of you?

“Back in 2014 when the initial idea was born, the sound felt super fresh. So at that moment, we were very inspired and finished it quickly. But what makes it special is that two years later; it still feels new, and it still feels exciting. It just doesn’t wear off.”

This is certainly something huge to get your fans pumped up and excited to see what Broiler has in store for us this year; any projects or shows we can look forward to from you guys?!

“We’ll probably be touring a lot this summer, but what is really exciting is that we have spent the last couple of months creating a whole bunch of tracks that we’re ready to throw out! Looking so much forward to that.”

Do you guys separately and/or together have a set work flow/creative process that makes Broiler’s work possible and what’s that look like?

“As ideas are mostly born separately, we usually throw down a simple sketch ourselves, and then finish it together. Sometimes we also start off together in the studio with an acapella, because then we already kind of feel the vibe together.”

Your advice to inspiring artists and producers… What would it be?

“The most important thing in life, not only in music, is to be interested and curious about life. Learn things, acquire skills and implement your ideas. Everything in life is connected. Finishing meaningless projects when you’re having fun helps you understand how to finish meaningful projects when it really counts.”

Broiler is just heating up, and only getting hotter. If you haven’t heard of this duo yet… Well you’re going to and it’s going to be A LOT of it. Just like they said so themselves here, we can finally start looking out for them on tour and they’re about to make this oncoming Arizona summer heat up even more by getting us all started with plenty of new track releases. Broiler is bringing it on, and I think we’re far more than ready for more!